Sign in  |  Create a Rediffmail account
Rediff.com  » Movies » 'We bullied Kareena so much during Gori Tere Pyaar Mein!'

'We bullied Kareena so much during Gori Tere Pyaar Mein!' 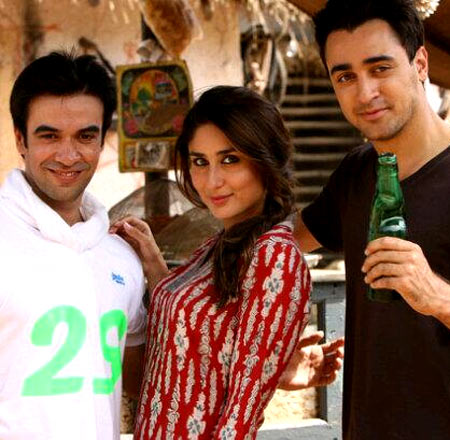 Starring Imran Khan and Kareena Kapoor, the film has been in the making for a long time.

In this interview he tells Sonil Dedhia how hard he had to convince Imran Khan, how frustrating it was for him to sit at home doing nothing for a long time, and clears the air about his relationship with rumoured ex-beau Sonam Kapoor.

It has taken three years since your debut film I Hate Luv Storys to direct another film. What took you so long?

Catch and hit Imran (Khan); he made me wait a lot (laughs). It took me three drafts of Gori Tere Pyar Mein to get his approval.

He had issues with the first and the second drafts. When I went with the third draft, he approved the first draft! That led to quite a delay.

Apparently, you went to Shahid Kapoor with the film when Imran rejected it…

At one point of time GTPM was a two-hero, two-heroine subject. I only went to the boys. It was Saif (Ali Khan) and Imran.

For whatever reasons, it didn’t work out. I then decided to make it into a solo hero film.

Imran initially rejected it so I went to another actor, but that didn’t work out and I made the changes in the script and went back to Imran.

'Saif didn't do the film but he said take Kareena' Wasn’t Sonam a part of the film initially?

No, that’s all gossip. Officially, we only approached the boys.

Did Saif agree to do the film?

No, that also never worked out. And later on we went through a lot of alterations. Saif didn’t do it but he said take Kareena! (laughs).

In case of Saif, it was a two-hero subject but we also felt at some point that there’s too much happening so then we mellowed the script down and made it a one-hero subject.

Imran is playing Saif’s character in the film and somebody else is playing Imran’s original character.

'I thought Kareena was beyond my reach' 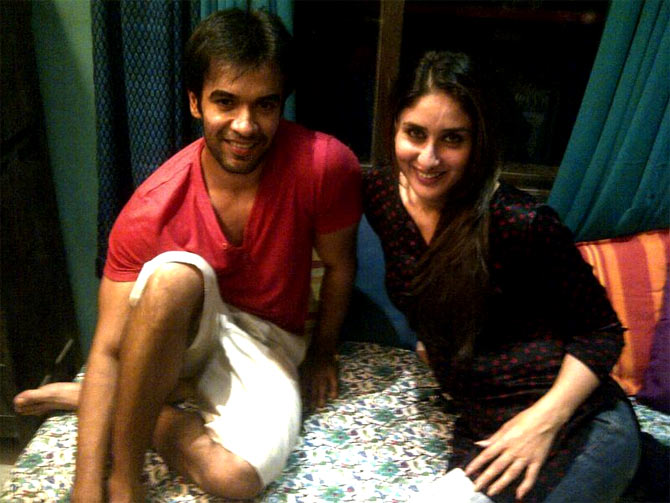 Was Kareena Kapoor your first choice?

I don’t want this to sound wrong, but we were first waiting for Imran’s approval. When he agreed, we started thinking about the female lead. At one point we gave an article in the newspaper that we are looking for a girl.

Then Imran asked me who I wanted to cast and I said Kareena. But I also thought she was beyond my reach. Kareena was busy with her other projects.

Fortunately for me, it so happened that she walked out of those projects and her dates opened up. I called her, narrated the script and it worked out well.

Was it easier to convince Kareena?

I convinced Kareena in one narration. I really thought she would bully us through the film.

I didn’t sleep the night before the first day on the sets thinking what am I going to make Kareena Kapoor do, yaar? That was the only time she intimidated us.

After that, Imran and I ruined her. We’ve bullied her so much during the film. And she is a full sport.

'It was frustrating to sit at home and do nothing' Was it relatively easier working with Imran the second time round?

Much easier. We have a rapport now. We have a similar thought process. We became friends when we were together in I Hate Luv Storys.

He is a very genuine guy. We understand what we want from each other.

Was the long wait to direct your second film frustrating?

Honestly, I wanted to hit my head on a wall every morning thinking what’s going on? Why are there so many delays?

I somehow got out of that. I started writing my next film. I managed to make use of that time. But yes, it can be damn frustrating sitting at home and doing nothing and I did feel it sometimes.

'Karan Johar did not interfere in the film' 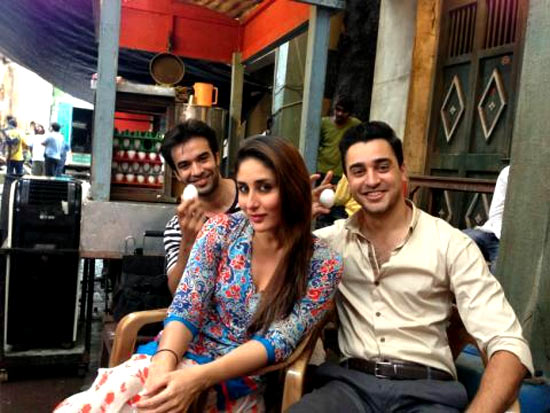 When you were re-working the script, was there any involvement of Karan Johar (producer) in the film?

There always is. When I came up with the story I took it to Karan. I look to him for honest feedback. He knows whether it will work or not.

When I made the changes also, I ran it by him. He liked it and asked me to go ahead with it. There’s no interference until you to go him for help.

You also decided to cast Shraddha Kapoor in the movie.

Like I said, there were supposed to be four characters in the initial script, and part of that love story still remains.

I turned it on its head and changed the equation. When I wrote this character I had Shraddha in mind from the very beginning.

Back then Aashiqui hadn’t released. I knew her as a friend. I showed her the part and she liked it. She came on board purely as a friend.

The reason we didn’t put her in the first promo is because we didn’t want to mislead the audience that this is a triangle. But she is a very integral part of the film. 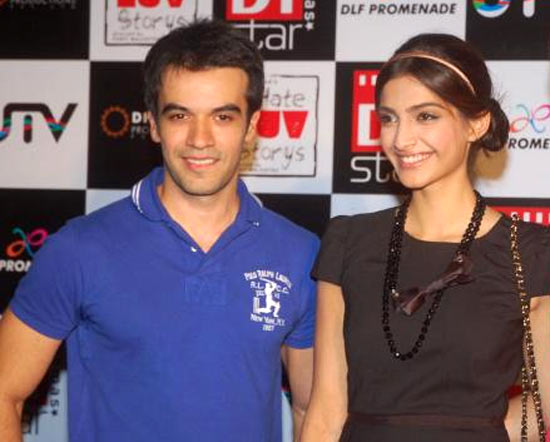 Your personal life has always been in limelight…

What do you have to say about the reports of your link-up with Sonam Kapoor?

It’s all rubbish. You have to just look at the articles that come out and wonder why are they writing this? Some articles are so funny.

But did the link-up with Sonam strain your equation with her?

No, I don’t have strained equations with her or anyone. I share a friendly equation with Sonam and I would love to work with her again at some point.