Sign in  |  Create a Rediffmail account
Rediff.com  » Movies » Imran Khan: I am careful about who I work with

Imran Khan: I am careful about who I work with 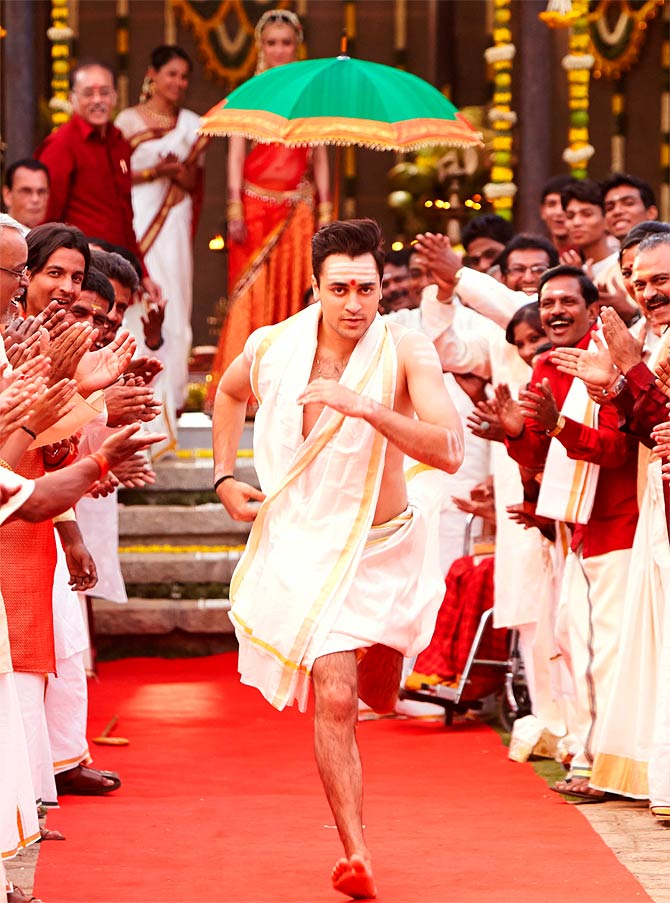 Imran Khan's last release Once Upon A Time in Mumbai Dobaara (OUATIMD) may not have done well, but the actor is confident that one flop won’t affect his career.

In this interview with Sonil Dedhia, Imran talks about what went wrong with OUATIMD, why he wasn't initially convinced with the script of Gori Tere Pyar Mein, and takes stock of his film career so far.

After experimenting with unusual characters in films in Matru Ki Bijli Ka Mandola and OUATIMD, you are back to doing a romantic comedy with Gori Tere Pyar Mein (GTPM).

Rom-com as a genre is always fun and it is something that I personally enjoy doing. I have had a lot of success with it.

I have worked with Punit (Malhotra, on I Hate Luv Storys) and Bebo (Kareena Kapoor, on Ek Main Aur Ekk Tu) before and I share a fantastic equation with both of them.

So, after doing some serious roles, I suddenly felt very much in my comfort zone when shooting for Gori….

Every morning I woke up with a smile on my face and was eager to go on the sets. 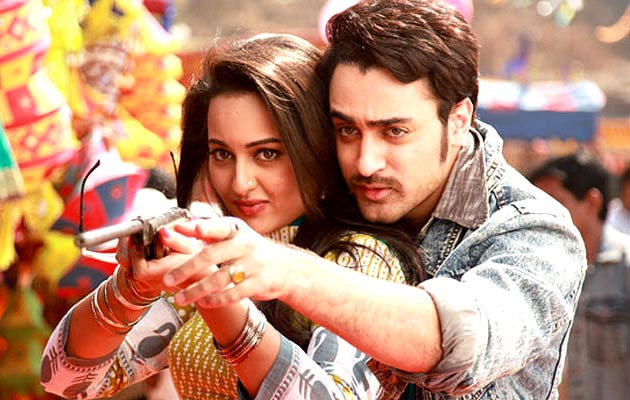 Image: Imran Khan in Once Upon A Time in Mumbai Dobaara

There were a lot of expectations from OUATIMD, but the film didn't do well. What went wrong?

The film was released in just 1000 screens. Today, any big film releases in 3000 screens. This was the biggest problem.

According to me, the film wasn't bad. I was very happy with my work but, unfortunately, some things are not in your hands.

As an actor I concentrate on my performance but beyond that things are not in my control.

In one of your interviews you said that actors are desperate for audiences’ appreciation. How detrimental was the poor response to OUATIM to you?

Personally, I felt that I got a very good response for my role in the film.

As I said earlier, if you release your film with one quarter of the number of prints, people will not see your film. That being said, our opening day collection for the number of screens we had was very good.

Also for me it was an exposure to an audience I did not have access to before. I have done more urban films so this was the first time I was doing a film that took me to a new audience.

Many people felt you were unfit for the role. Do you think maybe they were right?

No, I don’t. If people felt something, it’s their call.

'I dont feel the need to call Ekta Kapoor' 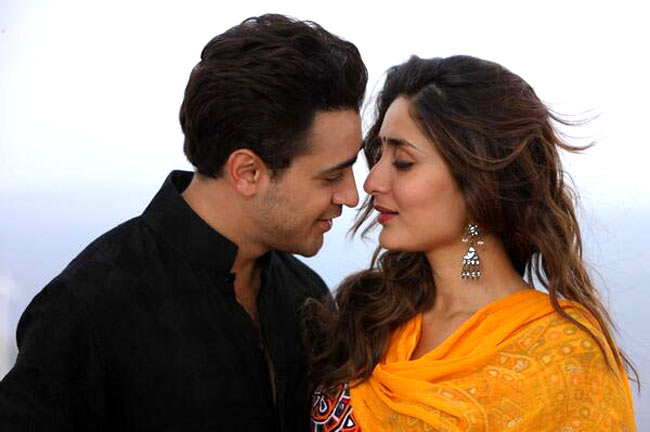 You were quite vocal about your displeasure with the way OUATIM was promoted. Will you be more cautious in the future?

Of course. But more than that, I am careful about whom I work with.

When I am working with Karan (Johar), I know he is a very clean person. I know that I can put my trust in him blindly without asking questions. It gives me a feeling of security.

It is said that you don’t share a good equation with Ekta Kapoor anymore.

At this point, I don’t know what kind of an equation it is. She has not called me since the release of the film.

And you haven’t felt the need to call her?

'I opted out of Milan Talkies for a personal reason' 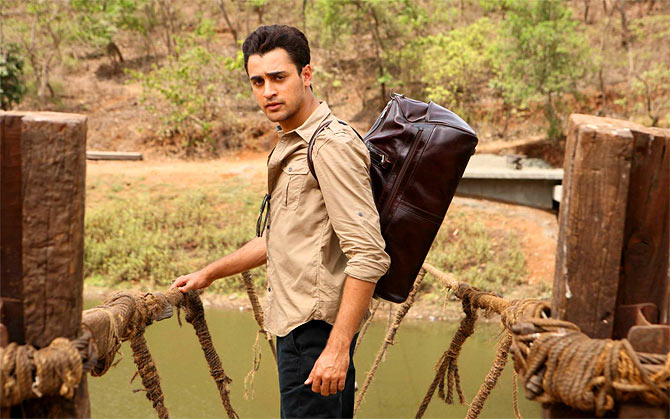 Is it true that you even lost out on Tigmanshu Dhulia’s Milan Talkies, which is produced by Ekta Kapoor?

No. I opted out of Milan Talkies for a personal reason.

I am very happy with my decision. It allows me to sleep peacefully at night.

Gori Tere Pyaar Mein has been in the making for quite some time.

Punit first narrated the script last year. I did not like the second half of the film.

I couldn’t understand why he was taking the story to a village in the second half. I told him to make the film in the space of a romantic-comedy only.

Punit wrote three or four drafts but I was still not convinced. I rejected the film thrice.

It was with his fifth draft that Punit was able to convince me. And let me tell you that the second half has not changed much from the first draft! 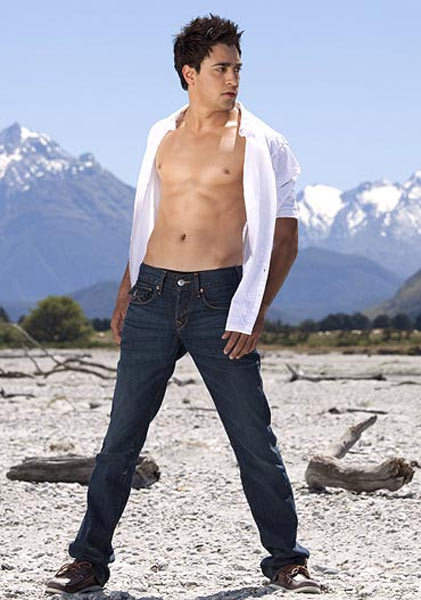 Punit had approached Shahid Kapoor when you had rejected the film…

As far as I know, he had approached him for a different film.

Does it affect you when a film is rejected by an actor and then comes to you?

No, it doesn’t matter to me at all. These are stupid ego hassles.

Everybody turned down Munnabhai MBBS. Aamir mamu (Aamir Khan) said no to it and so did Shah Rukh Khan. Finally Sanjay Dutt did it.

Now we cannot imagine anyone else doing it. Try to imagine Aamir mamu playing Munnabhai? You cannot.

Munnabhai MBBS was a career-defining role for Sanjay Dutt. 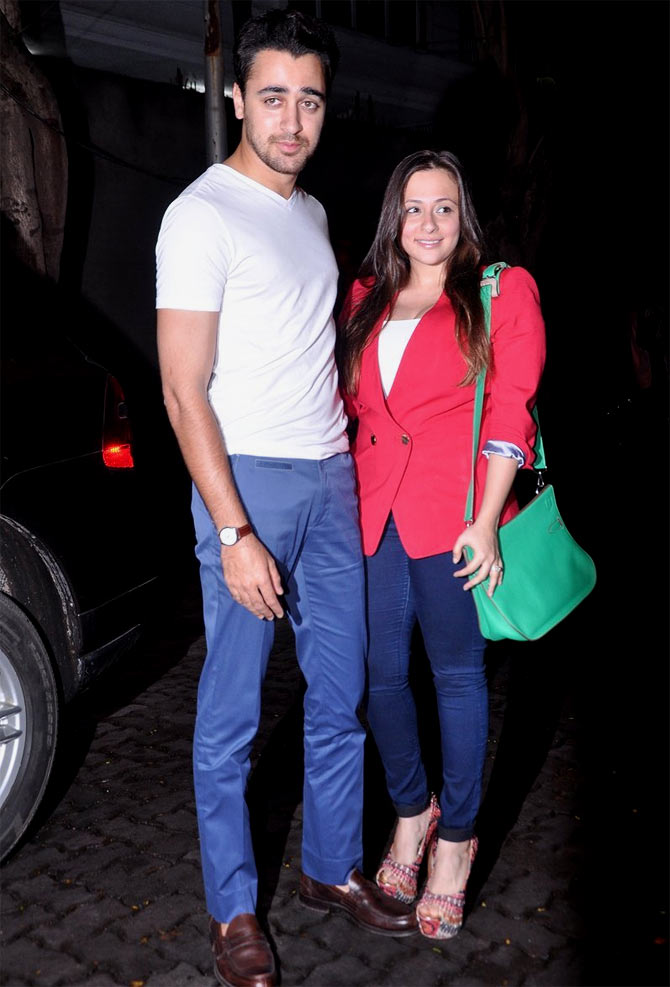 Not just Avantika but a lot of my friends are also part of this film, and have appeared in some of my earlier films.

A lot of my friends make guest appearances so for me it’s an inside joke. Whenever I am watching my film, I like to point out my friends. It’s really fun.

How did you convince her to play the part?

She used to come on the sets very often. She is very close to Punit. They have known each other since they were kids.

One day when she came on the sets we were shooting for a sequence. We just casually asked her to stand in the frame.

Will we see Avantika doing a full-fledged role in the future?

She is not interested in acting. She did this just for me and I feel happy.

'I can't watch my own films' 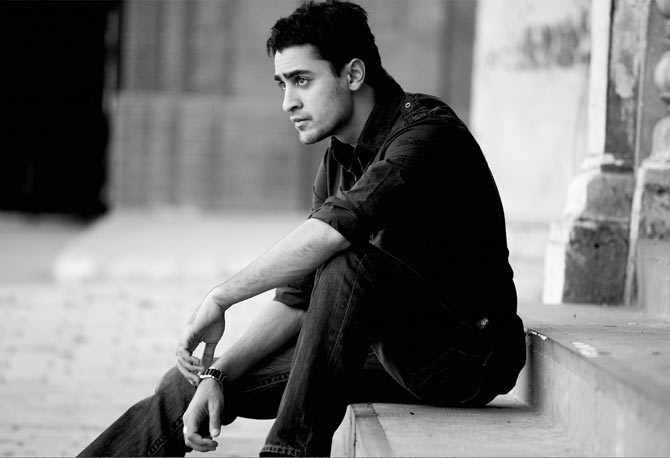 How do you look at your career graph?

As an actor, the more you work the more you learn. Your confidence and faith build up together with your ability. With every film you learn more ways of doing your job.

Working in Matru Ki Bijlee Ka Mandola helped me in Gori Tere Pyaar Mein, though both films are different from each other.

It will help me improve my acting capabilities. Every film has taught me something and helped me in my next film.

That way the journey is still going on.

Are you critical of your work?

I am the most self-critical person. I cannot watch my own films. I can see the problems, the flaws. For me it is torture.

Is it easy for you to keep Imran Khan the star away when you are playing a character?

I am not aware of Imran Khan the star. The star has never entered my thought process at all.

I am a guy who is going a job and constantly trying to do it better, working hard.