Image: Scenes from Himmatwala and the remake

Can Ajay Devgn do a Jeetendra? Can Ali Zafar take on Farooque Sheikh?

Dear reader, we now give you the power to choose 'yes' or 'no' as we look at the Bollywood remakes of 2013. Which do you think will be as successfull as the original?

PREDICT the fate of these remakes!

All that changed with the release of his Himmatwala, featuring the actress opposite Jeetendra.

Thirty years later, everyone in the film industry knows the remake's director, Sajid Khan. Will this version of Himmatwala help us forget him?

Chairs in police stations still reverberate with the kick that Amitabh Bachchan's Inspector Vijay had given them in Prakash Mehra's explosive original.

Also, Priyanka Chopra might sharpen our knives after all.

But Sanjay Dutt in the Sher Khan role made famous by Pran feels like a joke.

One of the most inexplicable of remakes.

The original film by Sai Paranjpye was a mood piece about Delhi in the 1980s.

The remake, directed by David Dhawan, is about slapstick tomfoolery, and tragically impossible to distinguish from a Double Dhamaal.

Ali Zafar, Siddharth and Divyendu are a decent enough cast, but pale in comparison to the original Farooque Shaikh, Rakesh Bedi and the late great Ravi Baswani.

And a gay Rishi Kapoor instead of an unforgettable Saeed Jaffrey? Oof.

Making his Bollywood directorial debut with a remake of his own Tamil hit Thiruttu Payale, Susi Ganeshan looks like he has the elements in place for a racy action hit.

A vulnerable Jeevan gets replaced by an even more tame Neil Nitin Mukesh.

But then the director went and cast Ameesha Patel, so we really don't know what to hope for.

It's a surprise they've left that hit alone for this long.

This one -- which is a remake, not a sequel, despite the confusing title -- features the UTV boss' kid brother (Aditya Roy Kapoor) and Shakti Kapoor's daughter, Shraddha.

And is being directed by Bhatt's nephew, Mohit Suri. The big question: Can the music be as memorable?

Image: A scene from Thupakki, Sonakshi Sinha and Akshay Kumar in Rowdy Rathore

The Rowdy Rathore pair (which must also be remembered as the Joker pair) of Akshay Kumar and Sonakshi Sinha return for AR Murugadoss' next, a retelling of his own 2012 hit Thupakki.

An action-romance about a captain in the army, the original starred Vijay and Kajal Aggarwal, so the remake is cast well.

This story of a corrupt cop made for a hit 2003 Tamil film called Saamy, starring Vikram and Trisha.

As is par for the course in South remakes, Prakash Raj also stars. 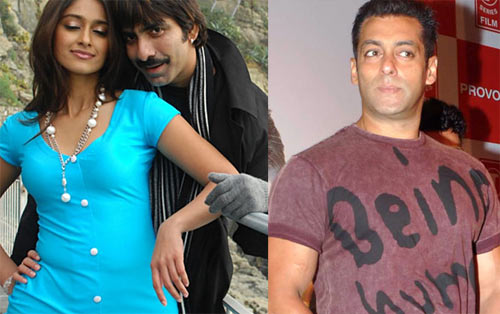 Then again, the man he's replacing is Shirish Kunder, so nobody's too bothered there.

The original starred Ravi Teja and Ileana D'Cruz, but the Bollywood version has enough star power to guarantee a publicity overdrive.

The prolific Priyadarshan's next project is a take on Tamil hit Nadodigal, a 2009 entertainer starring Sasikumar and Ananya.

Priyan can obviously manage a South remake, sure, but here he has a tougher task: his leads are Jackky Bhagnani and Priya Anand. Okay then.

Will a star be born? Or will there be scorn?