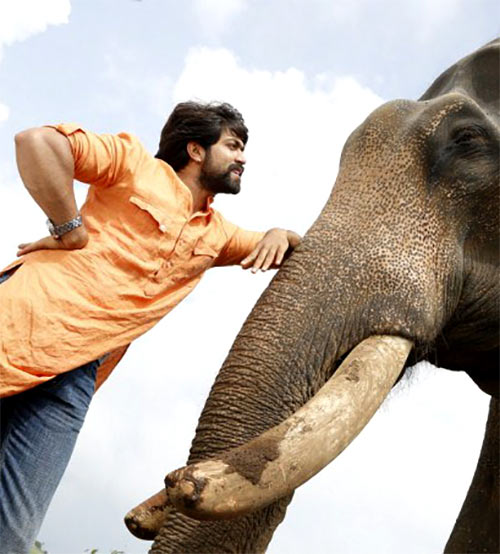 Image: A scene from Gajakesari
Srikanth Srinivasa/Rediff.com in Bangalore

Here's looking at the best of Kannada cinema so far.

Kannada films have seen a revival of fortunes from May this year. The first four months of 2014 were dull, except for the success of Shravani Subramanya that released at the end of December 2013.

Ugramm, a film made by debutant director Prashant Neel managed to revive Srimurali’s acting career after he suffered a series of flops.

Chandralekha, a remake of Telugu hit Prema Katha Chitram was the only other release that was successful in the first quarter of 2014.

This film has managed to cement Yash’s place among the top stars in the Kannada industry.

His career has skyrocketed with the film hitting the bull’s eye at the box office.

Though the film was average and had not got great reviews, Gajakesari managed to live up to the pre-release hype and the fantasy and period elements.

Amulya’s change of image and her pairing with Yash in the flashback and songs contributed to the film’s success. 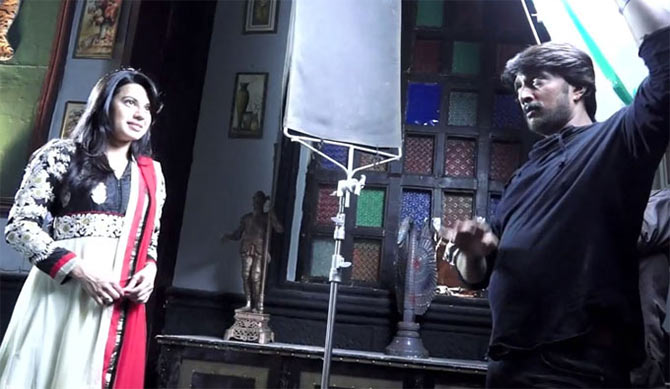 Image: A scene from Manikya
Srikanth Srinivasa/Rediff.com in Bangalore

Flush with the success of hosting Bigg Boss on TV and the huge popularity of the Telugu film Eega, Sudeep took up the challenge of directing a film on his home turf.

The film has gone on to become one of the biggest grossing films of the year so far, and is still running in theatres after 50 days.

This remake of a Telugu film had an ensemble cast. Sudeep managed a casting coup by roping in senior actor V Ravichandran to play his father in the film.

The song picturised on the father and son in the movie has become popular with audiences.

The film also ensured a change of image for the senior actor. 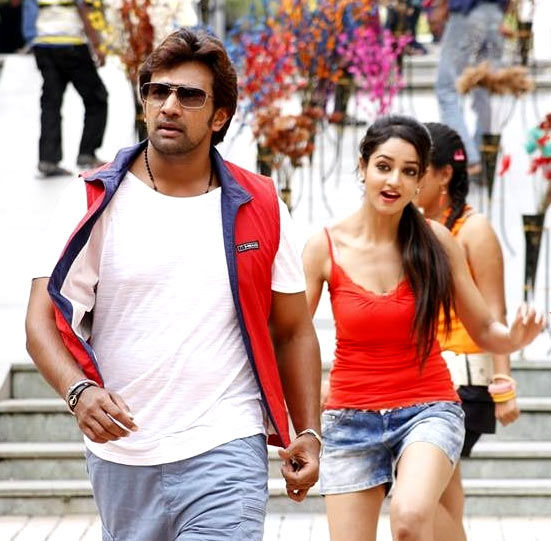 Image: A scene from Chandralekha
Srikanth Srinivasa/Rediff.com in Bangalore

Chandralekha, a remake of the Telugu hit Prema Katha Chitram, turned out to be a quiet success at the box office.

The success of this horror comedy film has gone unnoticed, much like the Telugu original that is hardly known to Karnataka audiences.

The film’s success is a relief for Chiranjeevi Sarja whose previous horror film Whistle bombed at the box office.

The film’s director, Omprakash Rao, who has been churning out big budget duds in the recent past has also benefited.

Shanvi Srivastava’s performance is a standout. 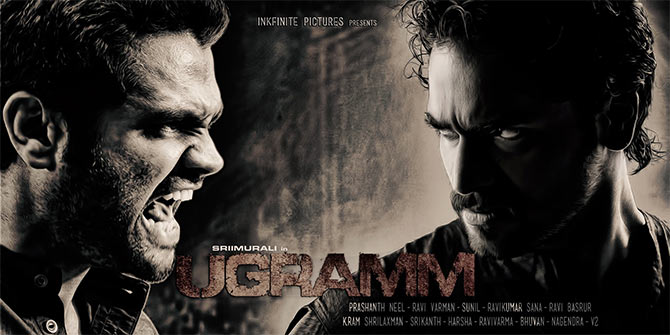 Debutant Prashant Neel has managed to weave a good screenplay oriented film with all the fireworks in it.

The film’s success at the box office came as a surprise and an eye-opener to the industry for it had been in the making for about three years.

The film has helped revive Srimurali’s career as an actor.

The film is also Haripriya’s first big success in Kannada cinema. She has proved to be a good performer and has also dubbed for herself.

With the underworld as the backdrop, the camera work came in for praise too. 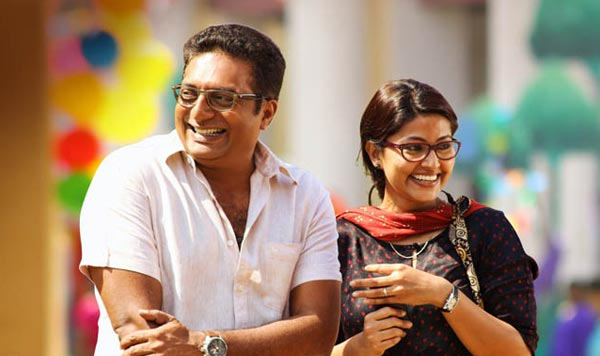 Oggarane is a remake of the Malayalam hit Salt N Pepper. It has been drawing multiplex audiences.

The Tamil and Telugu versions of the film were a washout commercially, but the Kannada version has been steadily attracting family crowds, without much publicity.

Kannada audiences are drooling over the well photographed food in the film, well captured by the cinematographer.

Ilayaraja’s music also contributed to the success of the film.