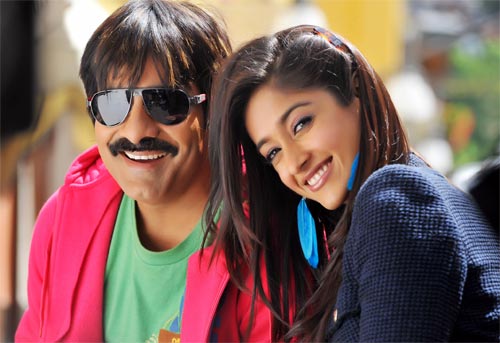 Puri Jagannadh's Devudu Chesina Manushulu produced by BVSN Prasad will hit the screens this Independence Day. This is Jagan's second film this year, with Ravi Teja and the gorgeous Ileana in leading roles.

Ravi Teja and Ileana team up for the third time in DCM after Khatarnak and Kick.

For Ileana this is the second release within a week this year as her Julayi with Allu Arjun released last week (August 9). The film was shot in Hyderabad and Bangkok, Jagannadh's favourite destination.

Brahmanandam (who will be playing Lord Vishnu), Prakash Raj, M S Narayana, Subbaraju and Kovai Sarala (as Goddess Lakshmi) are part of the cast.

Brazilian beauty Gabriela Bertante will also be seen in the film.

After shooting Devudu Chesina Manushulu, Jagannadh has started work on Cameraman Ganga Tho Rambabu with Pawan Kalyan and Tamannaah.