Nagarjuna: Rajanna is a milestone in my career 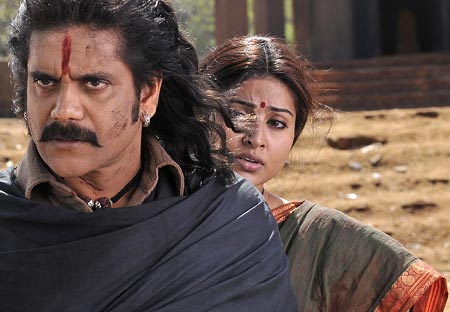 Image: A scene from Rajanna
Radhika Rajamani in Hyderabad

Nagarjuna Akkineni's Rajanna is scheduled to release on December 22.

In between shoots of his film Dhamarukam, the Telugu star spoke to Radhika Rajamani about Rajanna, his future projects, and being a supportive father to his sons Naga Chaitanya and Akhil.

I am very happy with the film, and am eagerly awaiting the release. With this film, we are going into distribution overseas.

I wanted quality graphics so the film, which was to release on September 30, was delayed and now releases in my favourite season, Christmas.

Rajanna is a high-voltage, high-emotion film with well-shot action sequences. It's the story of a father, Rajanna, played by me, and his daughter Mallamma, played by Annie, and their struggle for freedom from the British and later the Razakkars post-independence. When India became independent on August 15, 1947, the princely state of Hyderabad, ruled by the Nizam, did not. There was unrest because of the collapse of the administrative machinery and the rise of the Razakkars under Qasim Rizvi.

Rajanna (a character inspired by Suddhala Hanumanthu) and his four friends fight the British, but when he returns to his village Nelakondapalli in Adilabad district, Rajanna discovers the Razakkars' hold over it. Freedom is far away. He inspires the villagers to rise against the Razakkars and revolt through his songs.

The first 30 minutes tell the story of 10-year-old Mallamma who is adopted by the entire village. She does not know she is the daughter of Rajanna till much later. She sings very well, but the village headman disapproves of this. She goes to Delhi to apprise Jawaharlal Nehru of the situation in the village and continues her fight for freedom. Rajanna enters after the first half an hour. The father and daughter don't meet in the film.

'I am eagerly awaiting for the release of the film' 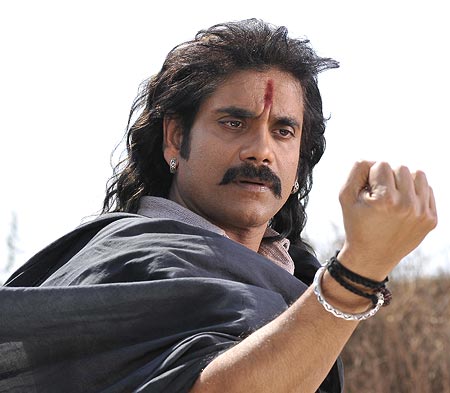 When Vijayendra Prasad narrated the story to me, I was inspired to do it. My get-up was done by Rajamouli and his wife Rama, who also did the costumes.

Rajamouli shot the Vey song for two weeks. The climax sequence was shot over a month. Rajamouli would himself do the stunt before asking us to do it. He is very patient on the sets and is able to get good performances from all, including child artistes.

The sets were erected specifically in clay depicting Nelakondapalli village and British forts. Computer graphics were used for the scenes shot here.

Annie (who acted in Vikramarkudu) has performed really well. When I saw the film, I felt sad that I did not have any scenes with her.

This is my 16th or 17th film with M M Keeravani, the music composer. The songs are very good and the lyrics meaningful. In fact the background score is even better -- 100 per cent more powerful. I want to release an audio of that separately.

Rajanna is a milestone in my career. 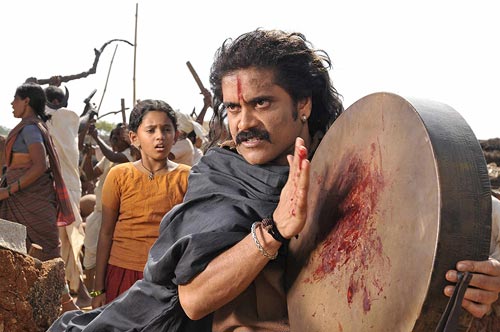 I want to do lead roles that I will be remembered for, and not just commercial cinema. I finish shooting for Dhamarukam  by December 23.

I need to grow a beard for Shirdi Sai and so the shoot of that will commence by the end of January.

About his sons Naga Chaitanya and Akhil 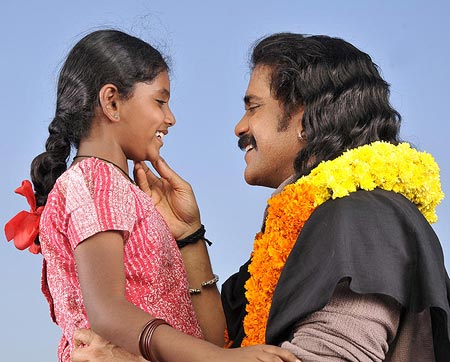 Naga Chaitanya is working on Autonagar Surya, which has a very good script. Later he will act in a bi-lingual film (Tamil-Telugu) Gauravam, produced by Annapoorna Studios and directed by Radhamohan, which will be shot in Rajahmundry. Since he grew up in Chennai, Chaitanya can speak Tamil well.

Akhil is very good at cricket and studies. Right now he's busy with his studies. Let him decide what he wants to do and I will support him as a father in whatever he does. 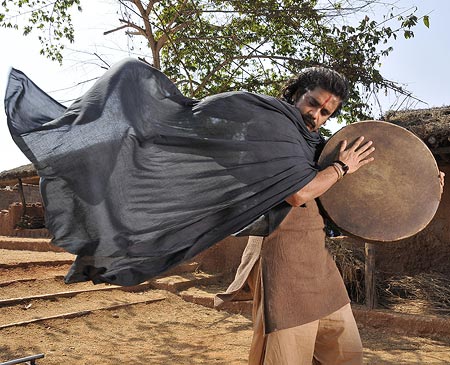 I liked a line Dasaradh (of Santosham fame) narrated, and I have asked him to work on it on a different level. That film will be produced by Siva Prasad Reddy.