Will these 'small' films win big this year? 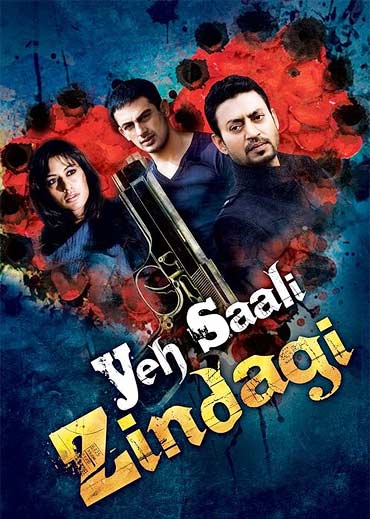 Bollywood isn't only about the mega releases, you know. Even as blockbusters like Dabangg rule the box office, it is increasingly possible to make smaller, smarter films -- with many of them, like Love Sex Aur Dhokha last year, going on to be smash hits.

Why it might be big: Sudhir Mishra has always been an exciting filmmaker, and it's good to see the director turning to comedy.

In fact, Yeh Saali Zindagi looks to be a pretty crazy concoction of slapstick, sex, gangsters and romance. With an exciting cast led by Irrfan Khan and Chitrangda Singh (looking her absolute hottest), this one is definitely worth watching out for. 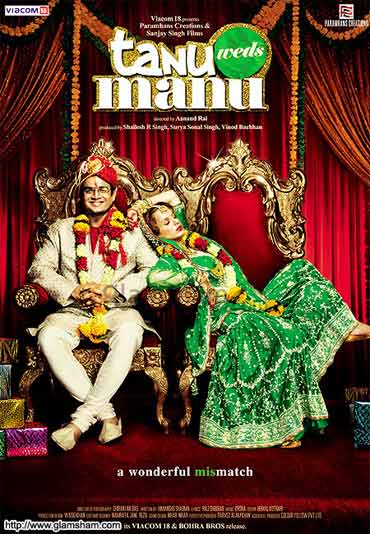 Why it might be big: Kangna Ranaut is one of the most interesting actresses around, simply because of how different she is from the standard Bollywood heroine. 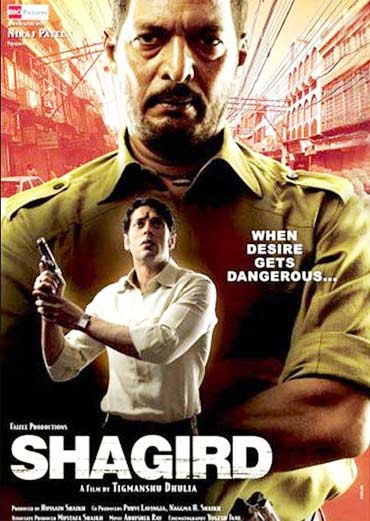 Why it might be big: Tigmaanshu Dhulia is a very solid writer -- especially when it comes to dialogue -- and with films like Haasil, he's shown a great affinity toward action.

This cop movie with Nana Patekar looks to be packing quite a punch, even if Mohit Ahlawat is a part of the cast. And heck, apparently director Anurag Kashyap has a cameo as a gangster. 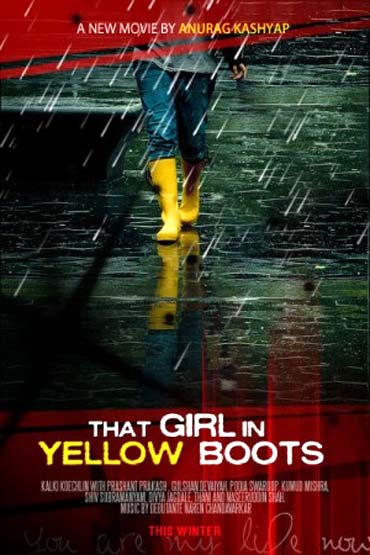 Image: Movie poster of That Girl In Yellow Boots

Why it might be big: Because it's made by that man we spoke about, Anurag Kashyap -- and he's always a big deal.

For a tiny budget movie made incredibly fast -- going from concept to finished product in a month and a half -- this film looks impressively slick and well made.

Kalki Koechlin, with this leading role, is one of the actresses to watch this year. 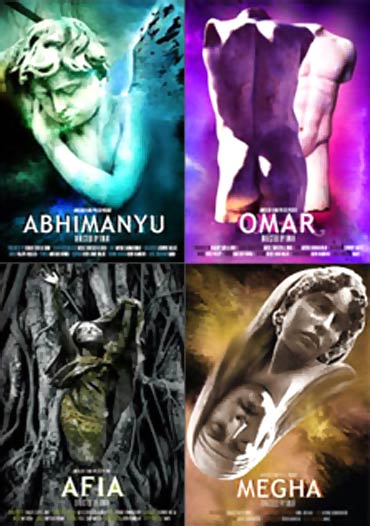 Image: Movie poster of I Am

Why it might be big: Directed by Onir, this film has four separate stories, dealing with issues as diverse as displacement, homophobia, betrayal and child abuse.

All the protagonists are interesting actors -- Nandita Das, Juhi Chawla, Manisha Koirala, Sanjay Suri -- and the idea of multiple stories on different subjects is potentially quite intriguing.

Oh, and there are cameos again, this time from both filmmaking Anurag's, Kashyap and Basu. 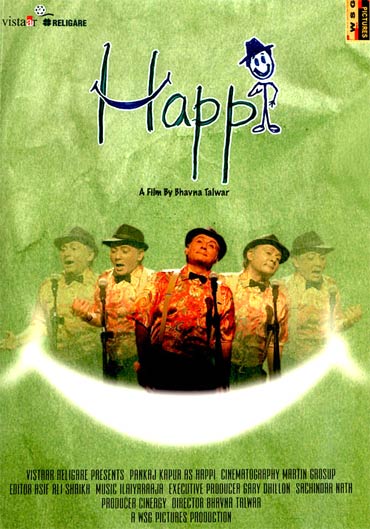 Why it might be big: Because of the leading man.

The one and only Pankaj Kapoor is the star of Happi, and any film centering around him is a very good idea indeed.

Director Bhavna Talwar -- who also directed the legend in Bhram -- is at the helm of this one, and the film is said to be a poignant, Chaplinesque comedy about a common man devoid of cynicism. 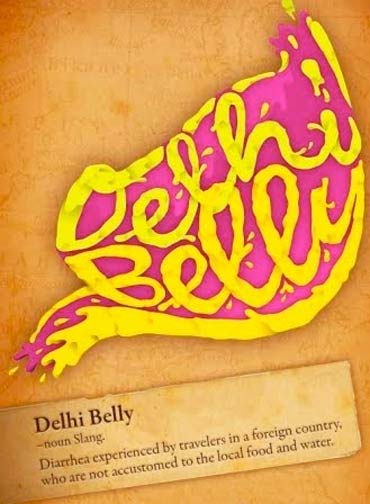 Why it might be big: Like all films by Aamir Khan productions, expect this one to come with massive hype.

The teaser -- that starts with farts and groans as Kunal Roy Kapoor sits on a toilet only to have it crashing on his head abruptly -- is unusual, to say the least, and we're curious for sure.

Abhinay Deo's directorial debut, the Imran Khan-starrer is said to be a sex-comedy. 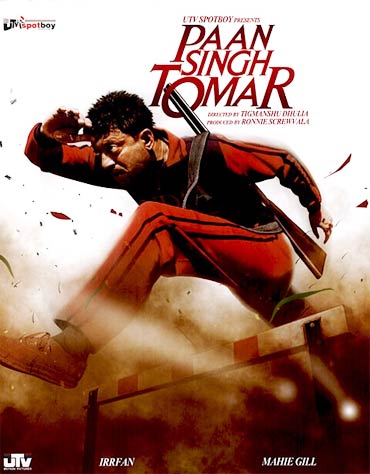 Why it might be big: Tigmanshu Dhulia's film got a mixed reception in film festivals last year and no release date has been set by producers UTV just yet.

But the unanimous buzz is that the film -- based on the true story of a steeplechase runner who becomes an outlaw -- boasts of Irrfan Khan's best performance to date: which is a pretty loaded statement considering an actor that good. 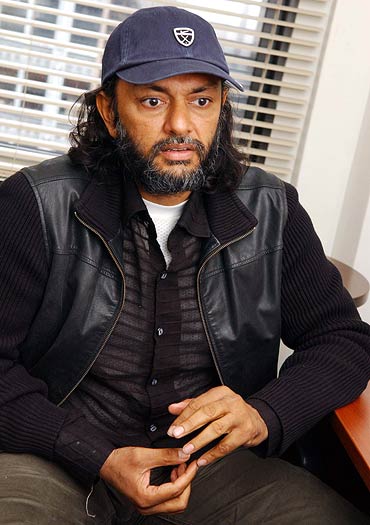 Why it might be big: Now we know hardly anything about Rakeysh Omprakash Mehra's new film, but sources insist it'll have a 2011 release.

The cast, however, is reason enough to put this film on the list. Om Puri, Shreyas Talpade and Deepak Dobriyal are the film's leads, and it should be really interesting watching them play off each other.

After the debacle of Delhi 6, it'll also be good to see Mehra working on something more intimate. 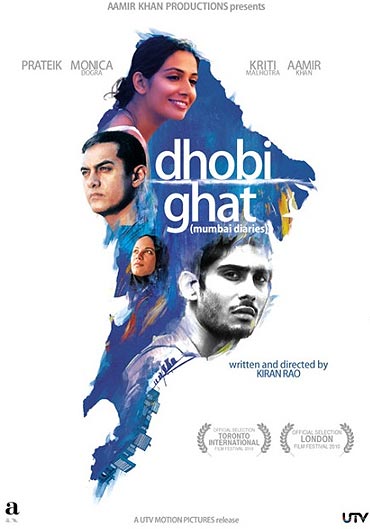 Why it might be big: Full marks for impact.

No matter how small a film is, the presence of Aamir Khan pushes it automatically into the major league.

Kiran Rao's directorial debut -- with Prateik Babbar in the lead -- is an ode to the city of Mumbai, and its constant contradictions. The film has already created quite a buzz on the festival circuit, and most critics are admiring Kiran's craft.