Screen vs Filmfare awards: Which one was better? 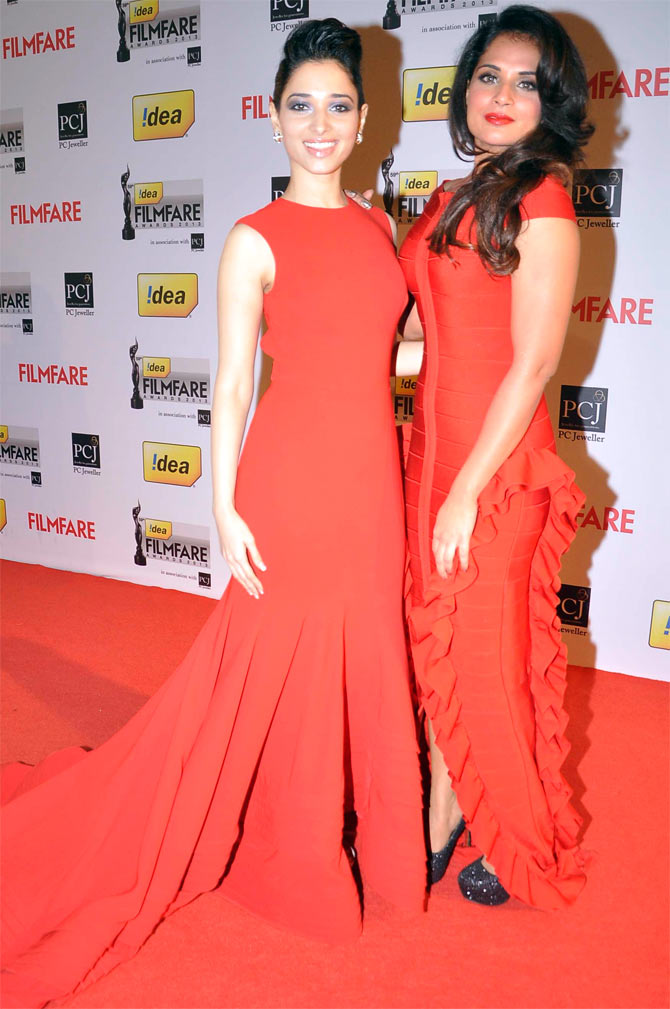 The 20th Life Ok Screen Awards and 59th Filmfare Awards were telecast over the weekend. Here’s a comparison report.

With Bollywood stars becoming so accessible, ubiquitous and acquainted, the yearly ritual of viewing award ceremonies has lost its charm.

Nowadays, we witness too many awards, events and promotions that nothing truly stands out.  Even occasions meant to celebrate the film fraternity and its achievements have become platforms for plugging upcoming releases.

Not to mention, the shocking lack of imagination and merit in awarding nominations and wins, at a time when we are making better films than ever, only fuels a film buff’s frustration.

Telecast over the weekend, 20th Life Ok Screen Awards and 59th Filmfare Awards didn’t completely change this perception but it was nice to see some deserving candidates triumph. Here’s a comparison report.

Needless to say Deepika Padukone and Farhan Akhtar were the toast of both evenings.

Fashion on the red carpet 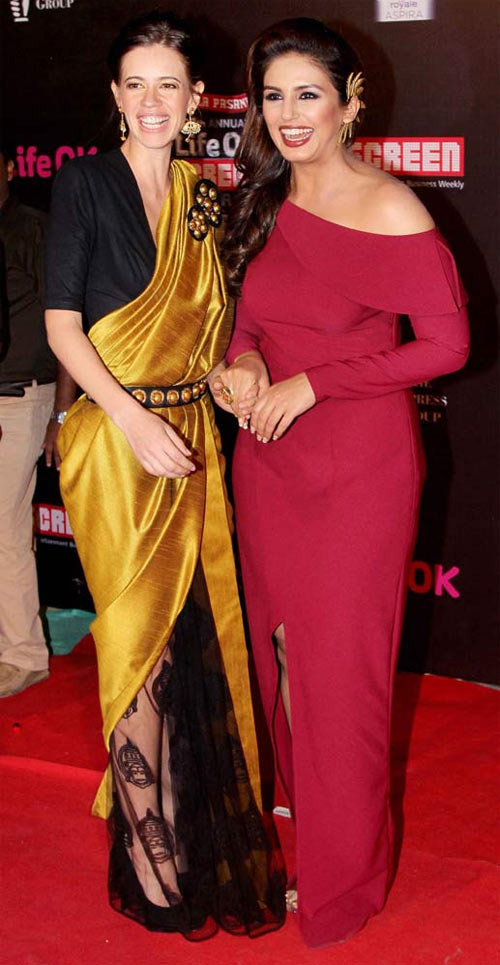 Red carpet is easily one of the best things about an awards ceremony. And the stars pulled all stops to look their swanky best for Screen and Filmfare. 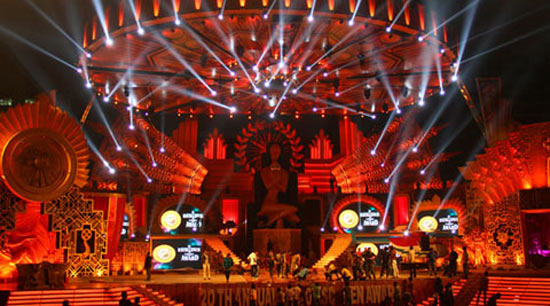 Filmfare Awards, lately hosted at YRF studio, have been doing this for too long now to let the newbies take over.

The sleek production design and sets are, agreed, no patch on the big daddy -- Oscars but they certainly make Screen’s garish palette look out of its league. 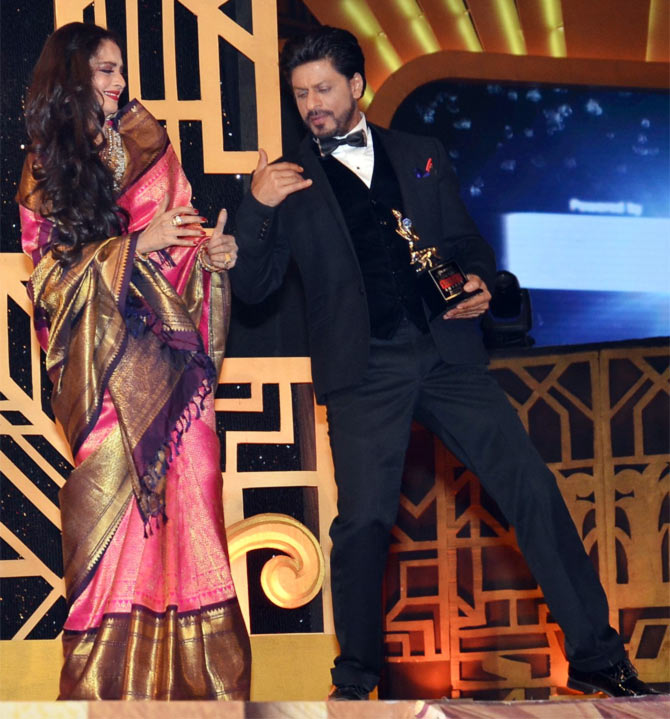 What Screen has to offer: One section of the awards is anchored by a flat comic track between a clueless Varun Dhawan and Richa Chadda struggling to work a badly written script.

There’s also an abnormally hyper Ranveer Singh who talks so much he’s actually (and understandably) snubbed by Farhan Akhtar.

Under such circumstances, Shah Rukh Khan gathers all his charisma and tries to save the day like only he can.

What Filmfare delivers: Ranbir Kapoor and Priyanka Chopra team up to portray a pair of clones/droids from the future and joke about how Aamir Khan is finally attending award ceremonies in the future and how Besharam Dobara is competing against Love Story 2050 for Best Film. (The scary part is how probable it sounds.)

If RK Jr succeeds in lampooning himself and his colleagues with clips showing him taking on Deepika Padukone, Bappi Lahiri and Bhaag Milkha Bhaag, there’s awkwardness too. What’s with the moment between him and Rekha? ('No woman will ever love you the way I do.') The gag soon wears off and Chopra’s jarring comedy only adds to our woes. 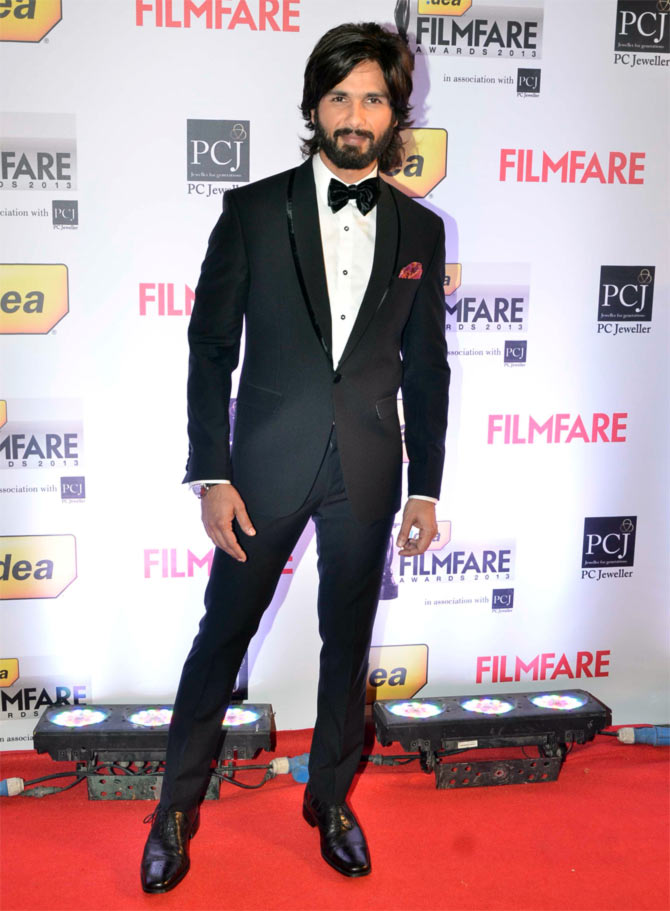 With Screen clubbing in its tribute to ‘naari’ to the proceedings, Deepika Padukone shows up after every few awards to shake a leg on her hit songs of last year.

In between there’s Ranveer Singh’s delightful homage to Govinda (he dances to his own tracks for Filmfare) and Sonu Sood’s bike action.

Filmfare has a lot more variety to offer. Katrina Kaif goes full throttle for Dhoom 3’s title track, Salman Khan jiggles to his super hits, Priyanka does thumkas on Ram Chahe Leela while Madhuri Dixit (looking like a million bucks) shows how its done on a medley of her numbers. 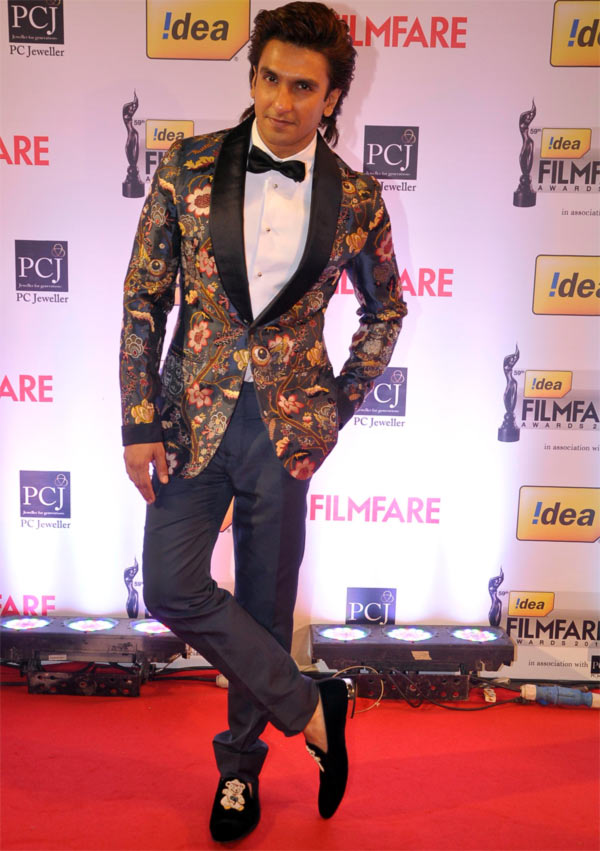 Both the shows appear to be inspired by Rohit Shetty’s brand of pedestrian comedy what with all the Chennai Express-Ram Leela mash-ups in the name of wit.

If SRK teases Ranveer with a burly bully named Leela, Ranbir tries his hand at the ‘bokwaas’ accent donning a Deepika-inspired drag act.

Also, on both occasions, the gigs are unending and make the real thing -- awards -- look like fillers to accommodate the jokes. 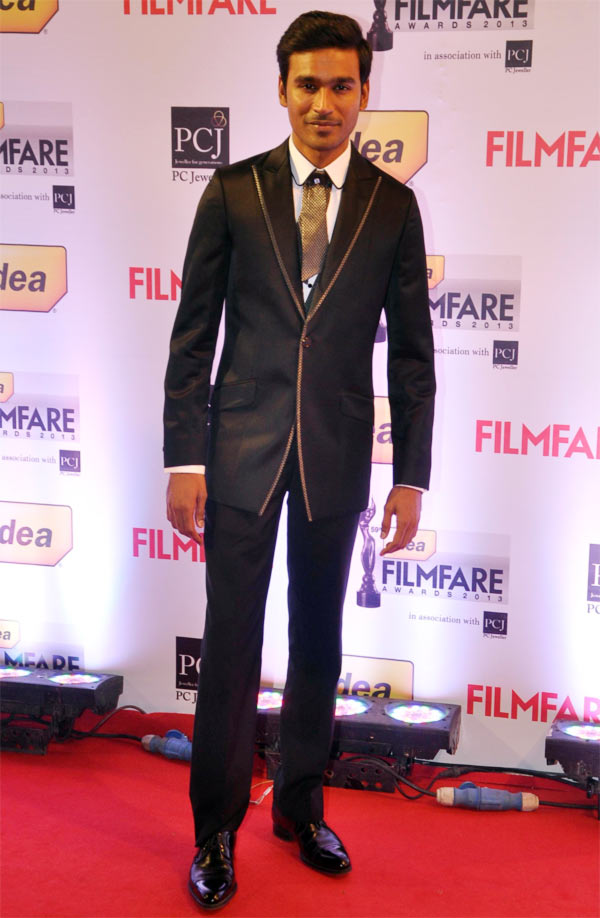 As subjective as it is, one can’t help thinking Lootera got a really shoddy deal at the awards do. Our obsession to acknowledge performances that look like performances continues.

The silliest moment was when Filmfare gave the Best Debut (Male) trophy to Dhanush. The man’s a superstar for crying out aloud. No wonder he wryly smiled and pointed out that after doing 25-26 films (down South), this is first debutant award. This victory would have meant something else for say, a Sushant Singh Rajput.

And Screen didn’t shy from messing up either. Apart from that half-hearted, shoddy script illuminating Amitabh Bachchan’s attributes, couldn’t they find someone better than Sonakshi, Prabhu Dheva or Manish Paul to rave about the legend in that abysmal clip?

Having said that, whatever one may feel about these awards, that indescribable look on Swanand Kirkire (Best Lyrics, Manjha, Kai Po Che!) at Screen Awards or Mithoon/Ankit Tiwari  (Best Music, Aashiqui 2) at Filmfare is priceless and shames the sceptic. 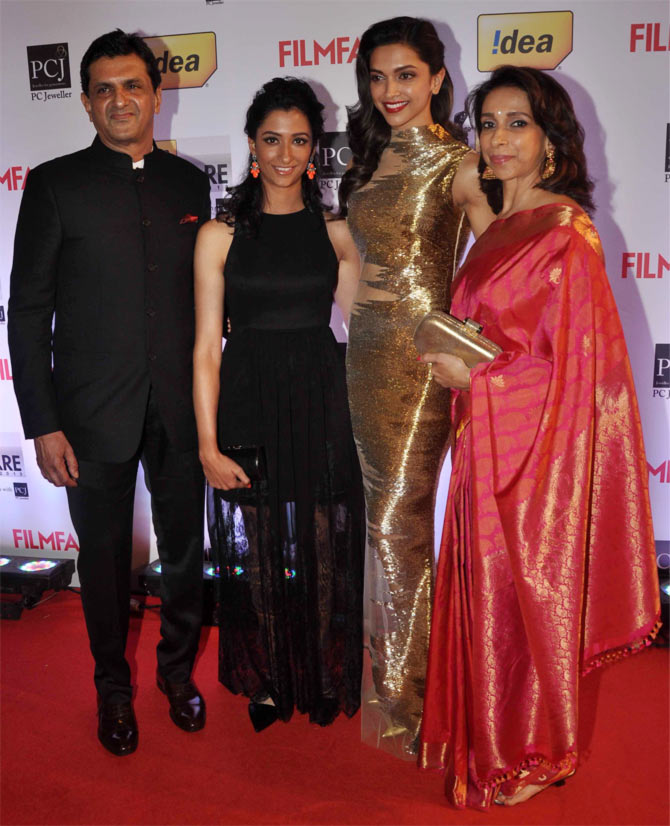 A teary-eyed Deepika Padukone recounting how she watched Filmfare with her family (who were seated right in front) and could have never imagined she’d be up here one day came across as rather heartfelt and awww.

All the more when she called up a young fan and shared the win with her.

Farhan Akhtar, Best Actor for Bhaag Milkha Bhaag, spunky as ever, broke the boring 'Thank You' monotony at Life OK Screen by lending his gratitude to wife Adhuna a dash of chutzpah by being okay with her husband’s obsession “with another man for two years.” 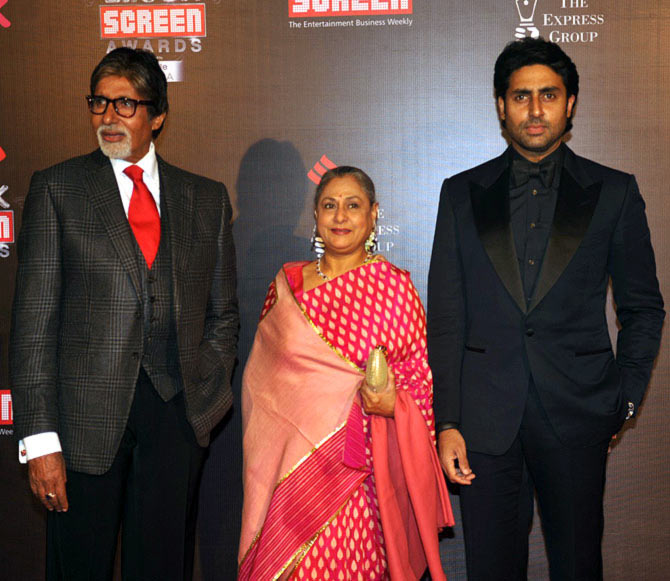 Here’s a little word of advice whether it’s Screen, Filmfare or others: Please realise the importance of script and spontaneity. Rehearsed irreverence is like mocktail, nothing but a glass of gutless deception.

Also, aren’t there enough reality shows already to promote every damn release in every damn corner of the world? Can we skip Gopu the Creature (Bipasha’s next) and Gundey’s ghantis to another day?

Finally, both, kindly tell your camera people, can you record more than one reaction. You really expect us to believe Salman Khan screamed ‘woo hoo’ for every single performance, that Abhishek Bachchan kept grinning and looking at mom, Jaya for a reaction (and never got one) or Farhan Akhtar grimaced through the entire show?

In the end, I felt Filmfare emerges a tad more polished and tight while Screen could do better by making it just about the movies and go easy on the sponsors.