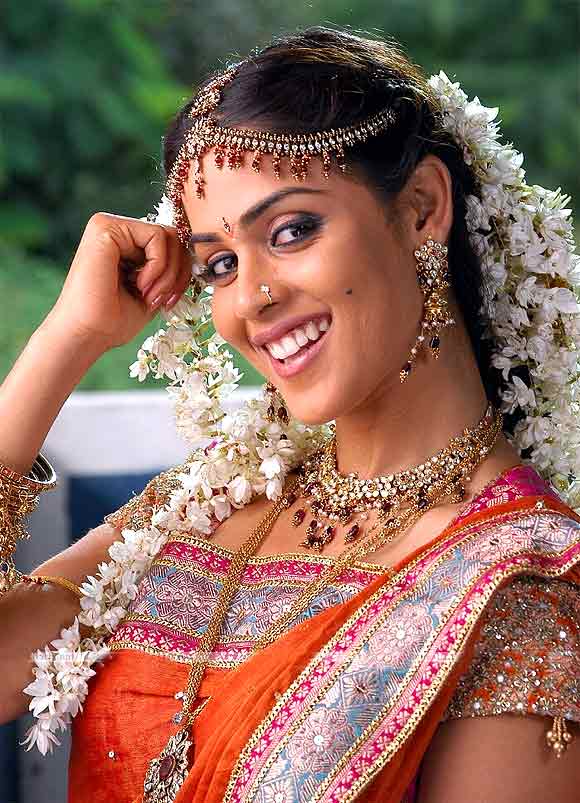 The soon-to-be-married actress makes a very pretty bride on screen. We take a look.

From a runaway bride in Shankar's Boys to Fardeen Khan's spoilt half in Life Partner, Genelia D'Souza has played a newlywed in many films.

The effervescent star who's made a name in Bollywood and regional cinema is now all set to exchange real-time vows with long-time beau, Riteish Deshmukh.

While Gen gears up to slip into her designer trousseau and fineries tomorrow, we look at some of her filmi bridal avatars.

Isn't Gen just adorable as a traditional South Indian bride with all those mogras and lavish maang tikkas in Ready?

The Telugu hit was remade with Salman Khan and Asin in Hindi last year. 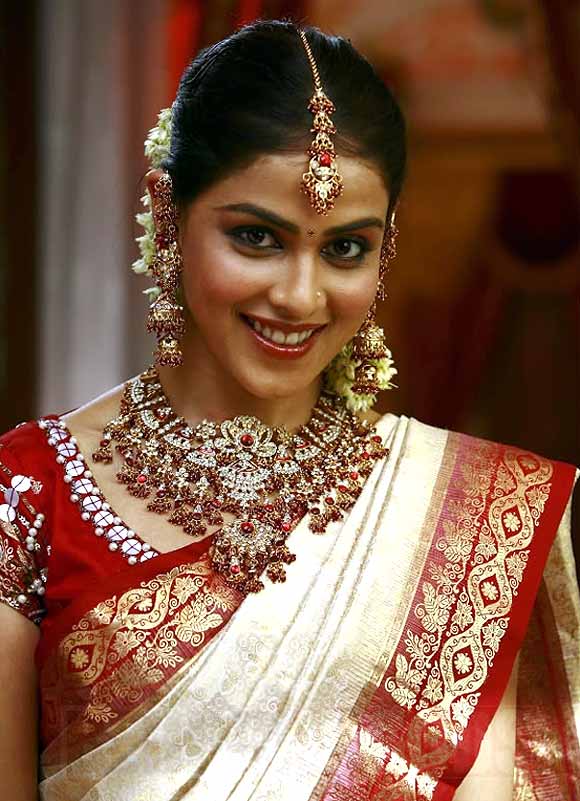 Yet another version of Ready in Tamil features Gen and Dhanush, of Kolaveri fame, romancing the screen.

The actress keeps it simple yet stylish in a red and white ensemble with some elaborate bling for a sparkling effect. 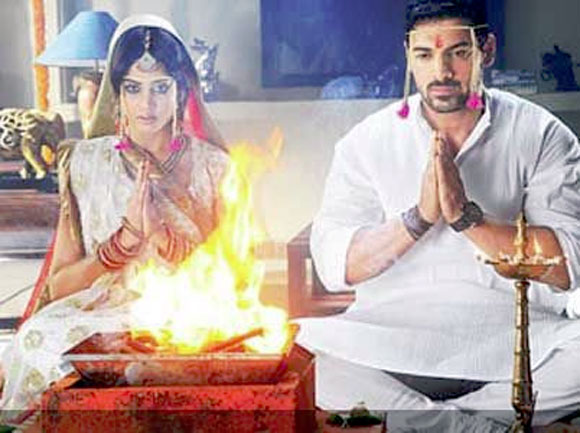 Genelia ties a make-believe knot with John Abraham but gives the traditional red attire a miss to slip into a cream, silver and golden lehenga. Here, the future Mrs Riteish Deshmukh gets all playful on us as the fun-loving Life Partner in a bright red, mirror-work embellished ghagra-choli.