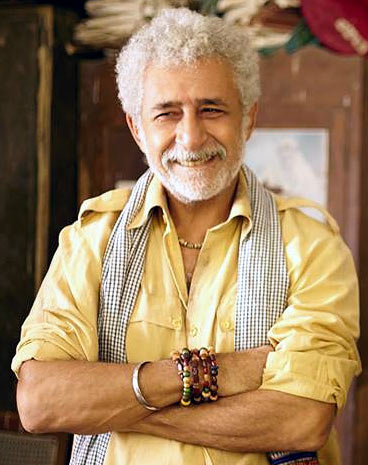 Naseeruddin Shah talks about his latest film, Dedh Ishqiya, and also discusses the gender bias in the film industry today.

“I am bored of acting in films. I don’t like the whole soul-destroying waiting business,” announces Naseeruddin Shah, veteran of many films.

One of the finest actors in Hindi cinema, Naseer romances Madhuri Dixit in Dedh Ishqiya, which releases on Friday, January 10.

Naseer was impressed with director Abhishek Chaubey's 2010 hit film Ishqiya and insisted he make a sequel.

Dressed casually in track pants and t-shirt, the thespian actor chats with Sonil Dedhia and discusses the new film, the gender bias in the industry, the films he regrets doing, and reveals the one thing that scares him about acting.

Did the success of Ishqiya surprise you?

I wasn’t surprised. In fact, I would have been disappointed had it not worked.

I found it to be a thoroughly entertaining film.

Abhishek Chaubey said that it was you and producer Vishal Bhardwaj who pushed him to make a sequel.

I felt that the end of the first film offered a great opportunity to make a sequel.

Obviously, we had to change some characters and discard Vidya’s (Balan) character.

I had a lot of fun doing the first part so I pushed Abhishek for the sequel. 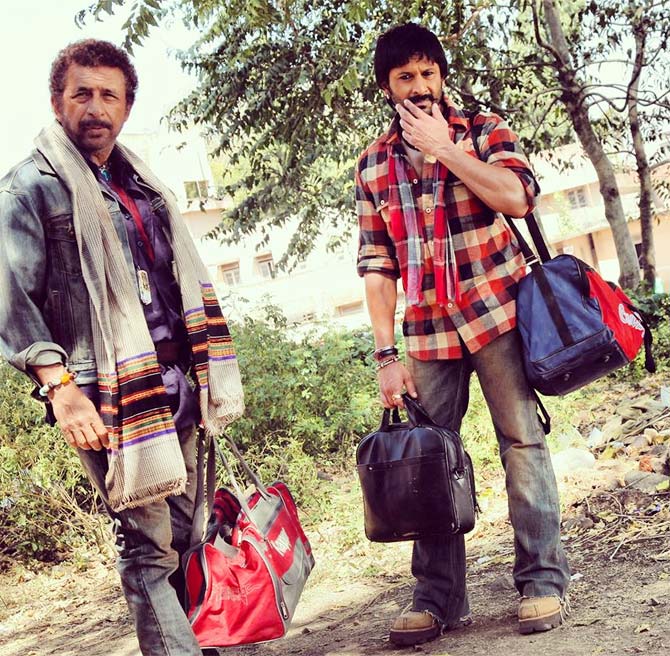 What do you think of Abhishek Chaubey as a director?

I love the way Abhishek has decided to take his career. After the success of Ishqiya, he could have easily signed half a dozen films, but he chose not to do that.

I’ve known him from when he was assisting Vishal. I have always been impressed by him. He is always on the ball, very competent and intelligent.

I said yes to both Ishqiya and Dedh Ishqiya without even reading the script.

He brings a certain small town sensibility, which I identify with.

The action sequences in his films are not there for the heck of it and the heroes are not superman who can beat everyone in sight.

Have you ever encountered the seven stages of love that you talk about in the film?

I think everybody has. That goes for any kind of love not only a man-woman equation.

I think the concept was inspired by the film All that Jazz where the actor talks about death having seven stages.

'I could not comprehend a single frame of Gaja Gamini' 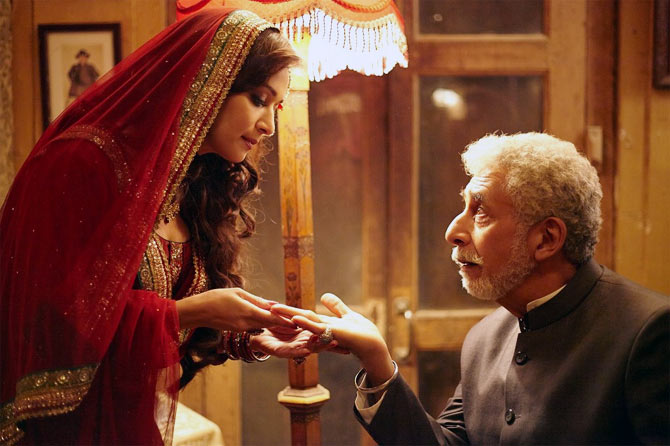 The last time you were paired with Madhuri Dixit was in M F Husain’s Gaja Gamani.

Yes, and I hope somebody explains (the film) to me some day (laughs). I asked Madhuri about it and she giggled too. I told her that it was you who inspired that film.

So why did you agree to do the film?

It was M F Husain’s film. Husainsaab came to my house to ask if I would do it.

How could I say no to him? I thought whatever he makes will be worth participating in.But I was wrong. It was no fun. I could not comprehend a single frame in that film.

The conclusion I came to was that he had such a fertile mind that there were zillions of images that he wanted to create.

The frames are like paintings. I don’t think cinema is all about painting, it is not all about composition.

'I would rate Madhuri on par with Madhubala' 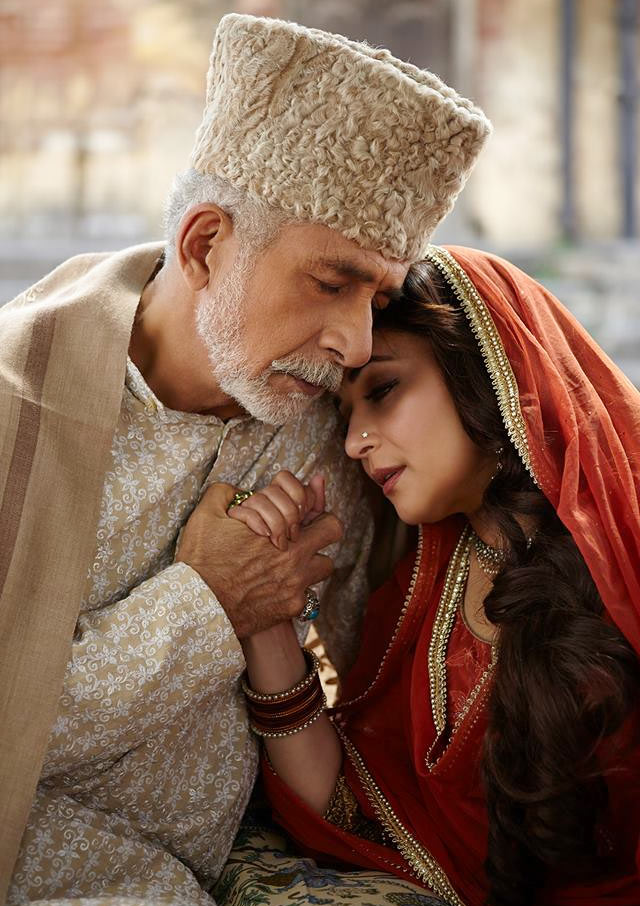 How do you see Madhuri Dixit as an actress and a star?

She came to the industry after me. I was very impressed with her in Tezaab. I was her fan. She did a lot of emotional films like Beta and I can never watch these films.

Later, I saw Madhuri’s work in Ram Lakhan and Mrityudand and found her terrific. These films were representative of her acting skills. She seems to imbibe all the qualities of the great stars of the past.

I would rate her on par with Madhubala.

Madhuri’s star standing in this industry shouldn’t be doubted. There are thousands of people waiting to see her in Dedh Ishqiya. It will be interesting to see what turn her career takes.

The problem is that we don’t have the best writers to write roles for older actresses.

Things are changing. A lot of women-oriented films are being made today.

Not really. Actors like Madhuri are not getting the work they should be getting. When it comes to male actors, thanks to Amitabh Bachchan, actors my age are getting some fantastic roles.

I still get a lot of offers that have been turned down by Mr Bachchan (laughs).

Why this preferential treatment for male actors?

We are a male chauvinist industry here. Nobody bothers who the heroine is. The focus is always on the hero.

It is the hero who is going to bring the big bucks and he can be cast with any actress. Almost all the big stars today are working with new or unknown actresses. 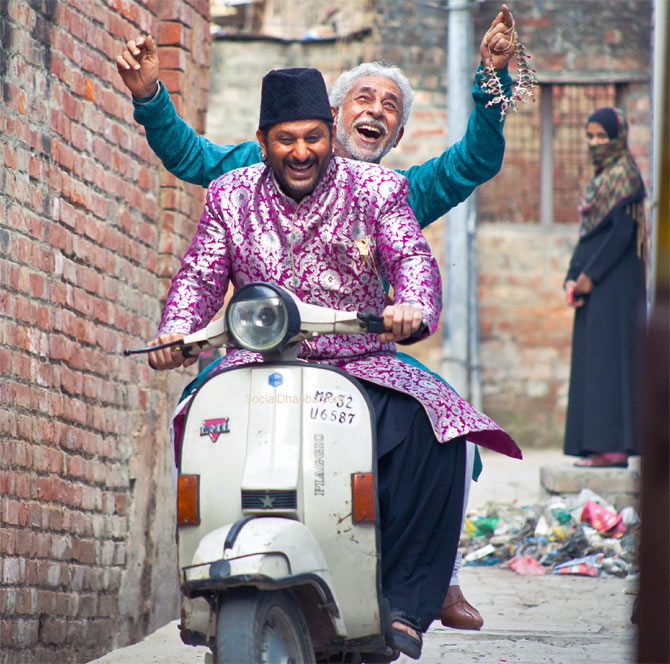 Sequels are often made to cash in on the popularity of the franchise. Is that why Vishal Bhardwaj produced this film?

I can’t say. I was not privy to what happened between Vishal and Abhishek. But I feel if Abhishek hadn’t wanted to do it, it wouldn’t have been made.

He saw the possibilities in the two characters, Arshad and mine, to take the story forward.

I wouldn’t be surprised if there is a third part of Ishqiya.

Mirza Ghalib remains your most special work. Do you enjoy films like Ishqiya and Dedh Ishqiya because of the superior quality and focus on dialogues?

Despite having played Ghalib, I am not big on poetry. I read a bit, but I am not knowledgeable about poetry.

I always try to sense the spirit of the story and that is what drives me to say yes.

That would be even true of a tiny part like Zindagi Na Milegi Dobaara. Zoya narrated the scene and I was very moved by the content.

It turned out to be a good choice. But there have been many others that haven’t turned out well.

'I have not seen Jackpot and I don't intend to' 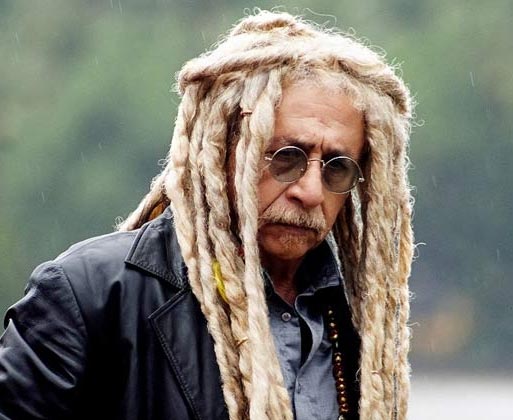 I go by instinct. A film like Tridev surprised me.

I thought it would flop. I don't know what worked with the audience. I contributed a bit to the whole package and I benefited from it.

Did you mind that people panned your last film Jackpot?

No, they said that poor Naseeruddin Shah got stuck in such a bad film (laughs).

One makes mistakes. I had hopes of Jackpot, Maximum, and Chaalis Chaurasi, but they didn’t work. I didn’t have any hope from John Day.

How often do you revisit your films?

I don’t even bother to watch them. I have not seen Jackpot and I don’t intend to.

I see no point in revisiting them because I can make out how the film is going to be when I dub for it.

Which is true, unless you are guiding the whole film like some of our stars do these days.

I initially refused director Shoaib Mansoor but he insisted and faxed me the two pages of the scene I had to do, I was really touched. 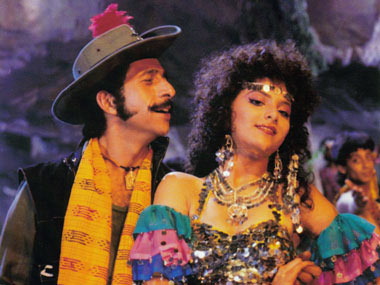 Any of your films whose success or failure surprised you?

Tridev’s success surprised me. I expected it to be a big flop. I benefited from it, but I don’t think it is a good film. I don’t know why Rajiv Rai cast me in the film but I am grateful to him.

He gave me two of my biggest hit films, (Tridev and Vishwatama), which extended my career by 10 years (laughs).

You have been in the industry for a long time. Are there times when your relations are tested and have to do a film for it?

No I don’t let that influence my decision. If you are a friend I will surely help you out. But I should feel the project is worth extending the hand. The friends that I have are not from film industry. I can’t claim I have too many friends in film industry. So I am not subjected to the emotional black mail (Laughs).

When was the last time you felt scared about pulling off a role?

Scared? I don’t think that has happened to me any time.

The only time it has happened is when I had to sing songs. Acting doesn’t make me nervous. I don’t understand actors who get nervous, start sweating.

A lot of actors mistake anxiety for involvement. Anxiety is the worst enemy of an actor. 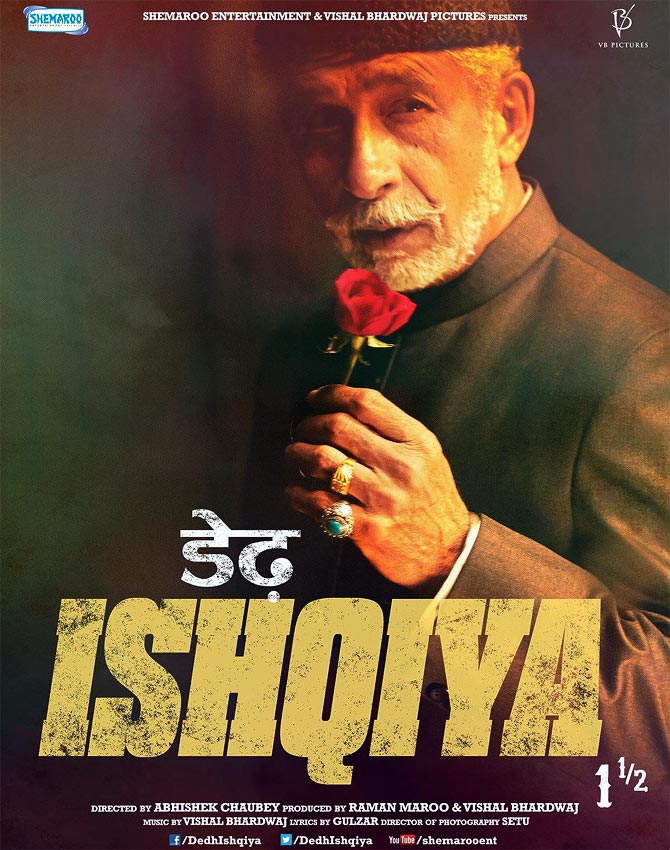 How comfortable are you with lip-syncing songs?

If the songs are of the kind that I sang in Mirza Ghalib then I find it easy. I was terribly uncomfortable lip-syncing songs for Tridev and Vishwatama. Those songs require a different set of skills which I don’t have.

Is it the lack of will to do it?

At the National School of Drama, we had a class for playback. We had to sing the songs we heard. I used to feel extremely stupid to do it and so I never went to those classes.

I never thought I would have to lip sync songs.

What do directors like Zoya Akhtar, Abhishek Chaubey, Homi Adajania have that you lacked as a director?

As a filmmaker you have to be able to visually sum up the entire scene in each frame. I can’t think visually. I always think from the point of view of the dynamics of the characters.

That works on stage. There we have the freedom to change, edit or enhance the experience. Even after 20 years, you can improve upon a play.

In movies, it is sealed, delivered and cannot be changed.

Are you more comfortable with theatre or films?

As an actor I am comfortable in both. I am bored of acting in films. I don’t like the soul-destroying waiting business. In an eight-hour shift, four hours are wasted waiting. In theatre everybody is pulling and working together.

How involved are you in the acting careers of your sons Imaad and Vivaan?

I am pretty involved but I don’t advise them about their careers.

They should make their own mistakes and find their own way. I hope they are successful but I also hope they do something more with their lives than just being stars in the Hindi film industry.