The Most Anticipated Hollywood Films Of 2012 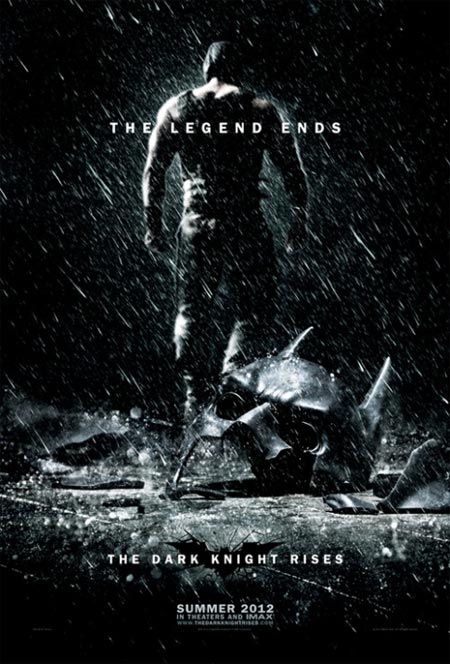 Here's a lowdown on some of the most high profile and eagerly-awaited Hollywood films that are scheduled to release this year.

Brace yourself for jaw-dropping action and awesomeness as Hollywood unravels its giant bag of goodies this year. A look at the eagerly-awaited movies of 2012:

Friends, foes and most alive human beings are waiting with bated breath to catch Christopher Nolan's final Batman movie in all its IMAX glory. Excitement levels have understandably touched the roof ever since they released its epic trailer

Heralded as the best comic book adaptation among Hollywood's relentless stock of superheroes, The Dark Knight Rises is looking grimmer than ever.

What really has us our mind working overtime is whether the tagline, The Legend Ends, implies it's the End for Gotham City's dark angel?

The Hobbit: An Unexpected Journey 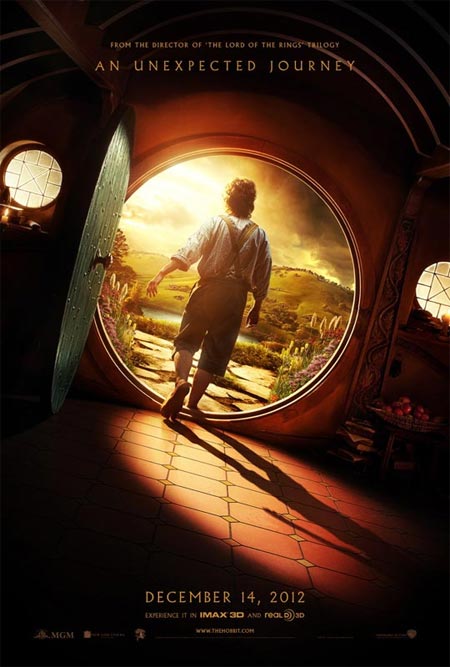 Image: Movie poster of The Hobbit: An Unexpected Journey

Gandalf, Gollum, Galadriel and a young Bilbo Baggins transport us to Tolkienland along with a grimy gang of 13 dwarves to embark on yet another quest. The Hobbit, while never as sprawling as The Lord of the Rings trilogy, acts as a thrilling prequel to the objective of defeating a mighty dragon called Smaug.

With his unquestioned knowledge of Middle Earth and beyond, it's a matter of relief and revelry that director Peter Jackson managed to direct this two-part journey despite never-ending delay. And to top it all is the baap of all teasers, a year before its actual release. Child or grown-up, one simply cannot resist the enchanting imagery of Disney/Pixar's Brave.

A Scottish fairy-tale with stunning 3D animation, Brave centres on its auburn-haired heroine Merida, a feisty princess and skilled archer.

Her reckless, defiant attitude lands her kingdom in trouble and takes her on an adventure that will test her fortitude like never before. Disney yet not dainty, this Princess gets all our votes. 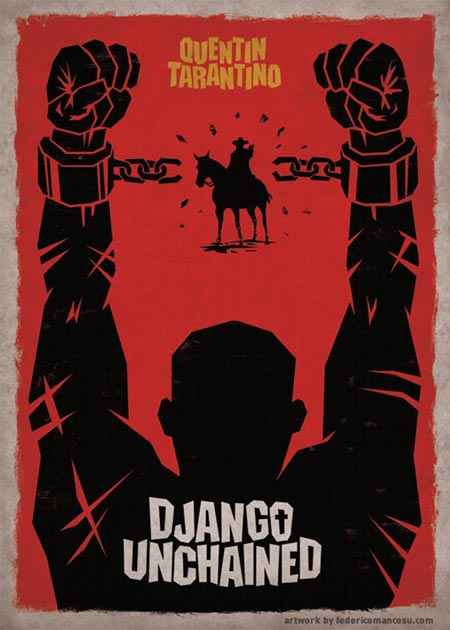 Imagine the QT treatment to spaghetti westerns in 19th century America wherein a slave turned bounty hunter stands up against an influential, ruthless plantation owner. Play its unreleased soundtrack in your head. Already in a loop, is it?

Cut to the chase, he had us at Django. 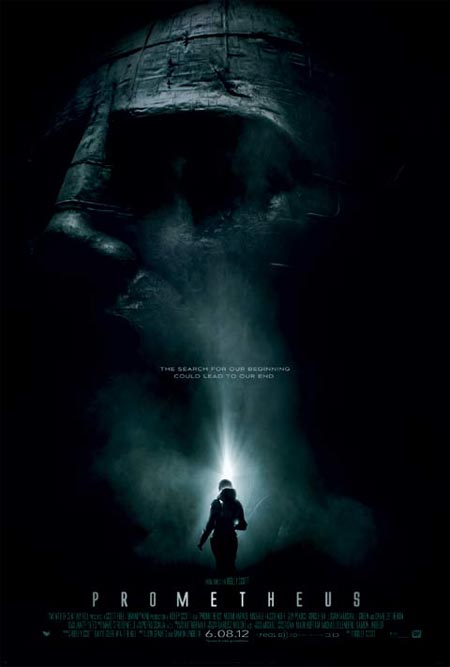 Shrouded in secrecy from conceptual stages, Prometheus has only fanned the inquisitiveness of movie buffs.

And while Ridley Scott's past few efforts were nothing spectacular, it looks like the man's latest attempt is all set to rewrite Sci-Fi history in the tradition of his celebrated works like Blade Runner and Alien.

Calling the latter a 'jumping-off point' for Prometheus, Scott sets this magnificent extraterrestrial story around a bunch of scientists traveling into outer space to unearth the origins of mankind without realising the consequences in store. 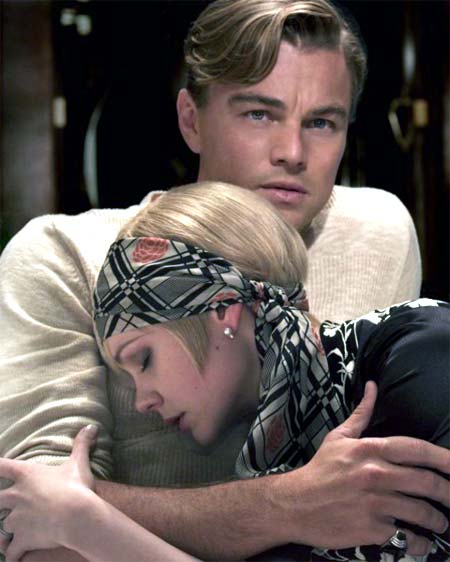 Image: A scene from The Great Gatsby

Here too, the Australian filmmaker revisits the 1920s to paint a glossy picture of romance, adultery and indulgence with pretty talent like Leonardo DiCaprio, Tobey Maguire and Carrey Mulligan as its key subjects.

Based on F Scott Fitzgerald's literary classic, The Great Gatsby marks the Hollywood debut of our very own Amitabh Bachchan in a small role. 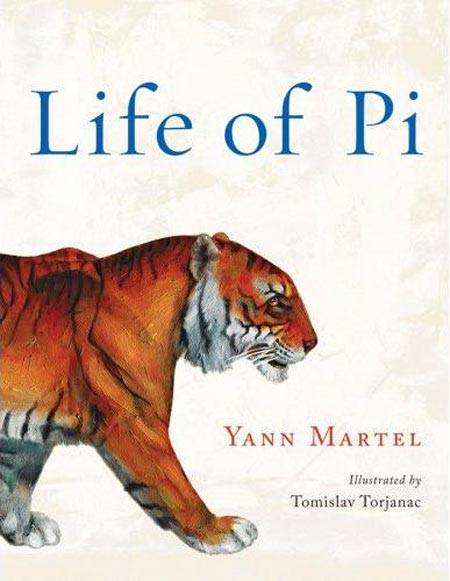 Lee handpicked Suraj Sharma, an Indian boy with no prior experience in acting, from 3000 applicants to play Pi Patel, a Puducherry inhabitant stranded on a lifeboat for 227 days with a Bengal tiger and a fascinating account of their interactions and co-existence.

Lee's talent for bringing literature to life is not new. He achieved it successfully with Jane Austen's Sense & Sensibility and Annie Proulx's Brokeback Mountain.

Here too, he aspires to convey a blend of spiritual subtext and rich narrative with an ensemble cast of Gerard Depardieu, Tobey Maguire, Irrfan Khan and Tabu. Image: A scene from Lincoln

There's something intriguing about a perfectionist essay a real life character.

Filmmaker Steven Spielberg knows this only too well. For his biopic on the beloved American President, Abraham Lincoln, he's cleverly picked Daniel Day Lewis to do the honors. The actor's mastery at getting under the skin of his role is evident in this picture where it's hard to tell him apart from the 16th President of United States of America.

Based on Doris Kearns Goodwin's Team of Rival, the film covers the last four months of Lincoln's life and all that he accomplished at the concluding stages of the American Civil War.

Although it won't release before the end of this year, Lincoln is designed to draw fond responses and pick an award or two. 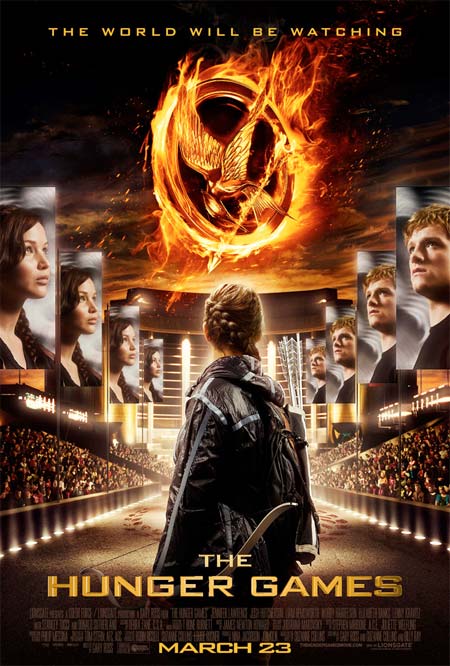 Suzanne Collins' The Hunger Games trilogy with its tremendous fanbase was always going to be hotly anticipated fare.

Set in a post-apocalyptic world, where youngsters play a brutal game of kill to survive, the action-fantasy is already working on a sequel.

Starring the gifted Jennifer Lawrence as its principal protagonist, Katniss Everdeen who swaps places to save her kid sister, The Hunger Games, directed by Gary Ross (known for his impressive body of work -- Pleasantville, Seabiscuit) comes out in late March. Image: Movie poster of The Avengers

Standalone features done and over with, it's time to club all the Marvel men together for a collective fight of good against evil in The Avengers.

Nick Fury employs Iron Man, Captain America, Hulk and Thor to teach Loki, the Norse God of Mischief a lesson when he wreaks havoc into the universe.

Its racy trailer tripping on superhero surplus underscores one thing.

That The Avengers is an unapologetic crowd pleaser bound to make most sense while digging into a tub of popcorn. 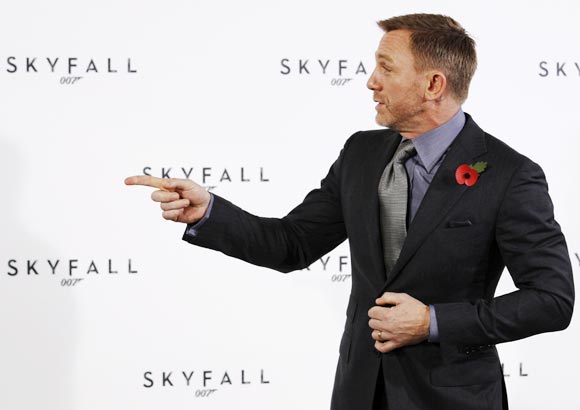 Daniel Craig is back to shake, stir and sizzle the silver screen in his third outing as Bond, James Bond.

You'd think 007 and his slick antics deserve a better title than Skyfall. Then again, anything sounds acceptable after the supremely odd Quantum of Solace.

And for once, it's the men and not the Bond babes (Berenice Marlohe, Naomi Harris) we are truly excited about.

Apart from its gorgeous leading man, Skyfall is directed by Academy award-winner Sam Mendes, also a huge fan of the franchise.

Craig's claim on how the new one will better Casino Royale, Mendes' proficiency coupled with Javier Bardem's villainous energy and Ralph Fiennes' much guarded appearance has, but naturally, sent our expectations skyrocketing. 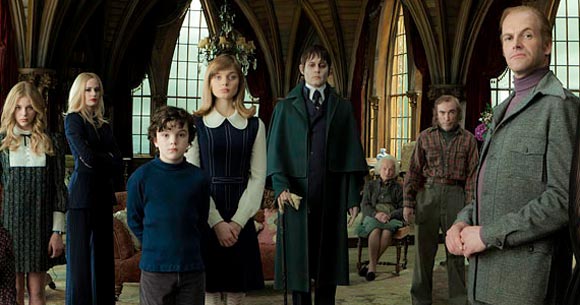 Image: A scene from Dark Shadows

Move over Addams, the Collins' are here.

Stark, macabre and quirky, Dark Shadows has all the Burtonesque elements along with a cool line up of actors like Johnny Depp, Michelle Pfeiffer, Helena Bonham Carter, Eva Green, Chloe Moretz and Christopher Lee contributing to the madness. Wheee! 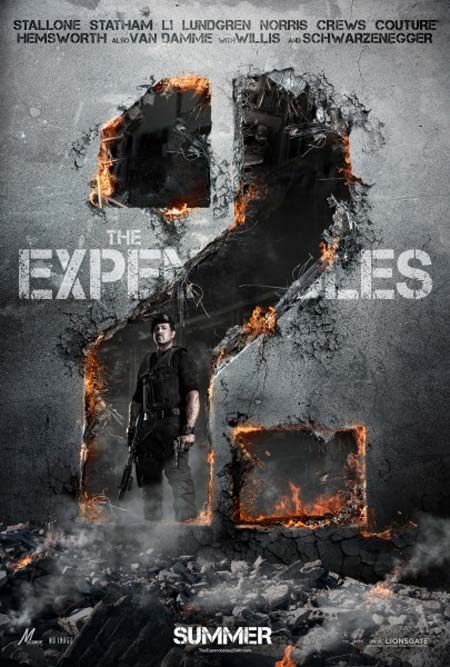 Image: Movie poster of The Expendables 2

What's the point of a list that cannot give into guilty pleasures? The Expendables 2 is every action buff's fantasy come alive twice over.

Let's be practical, a story will be a bonus. But what one really expects from this star-studded sequel is some old school clobbering, corny humour and timeless swagger. 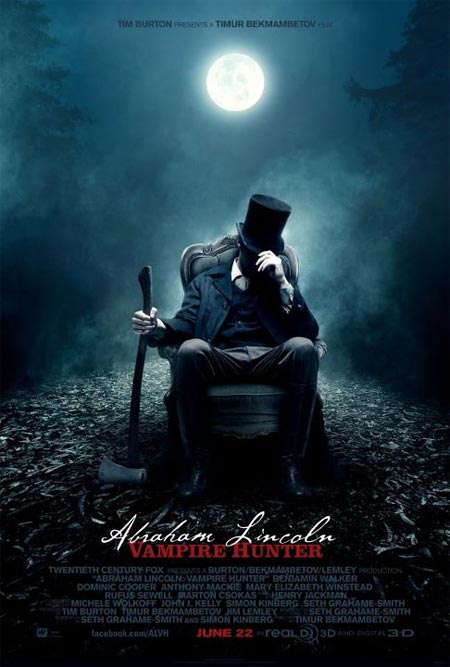 Breaking Dawn may arrive to its concluding chapter in late autumn but Hollywood is far from done with vampires.

Only there's nothing gooey about this one.

As the title suggests, the big screen version of Seth Grahame-Smith's 2010 mashup novel of the same name imagines the possibility of US President Abraham Lincoln as an undercover vampire hunter.

Given Kazakhstan-born director Timur Bekmambetov's penchant for kinetic action, Vampire Hunters, with its deviant concept and iconic hero, could very well turn into the surprise package of 2012.

Snow White and the Huntsman Image: Movie poster of Snow White and the Huntsman

What if Snow White was asked to fend for herself instead of playing house with seven cutesy dwarfs? There's the hook.

A far cry from the saccharine sweet Disney prototypes, Snow White and the Huntsman is an action-packed retelling of Brother Grimm's timeless fairy tale.