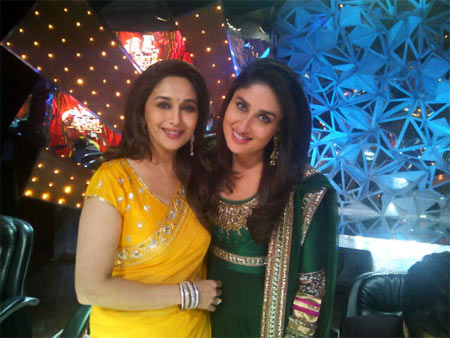 Kareena Kapoor has been heavily promoting her upcoming Heroine, and recently visited the sets of Jhalak Dikhhla Jaa to do the same.

'The HEROINES!!!!' filmmaker Karan Johar tweeted with a picture of Kareena and show host Madhuri Dixit together.

Kareena bonded well with Madhuri on the sets and they even danced on the song Nazarein Mili, Dil Dhadka.

However, Kareena and Priyanka chose not to shoot for the show together for obvious reasons, and visited the sets at different timings.

Madhuri seemed to have a good time. 'Busy on #Jhalak yesterday. Shot two episodes! Met with cast of Barfi, Ranbir and Priyanka. Kareena also there for Heroine. Met Eleana for the first time. She is very sweet. Had a great time with all of them,' she tweeted. 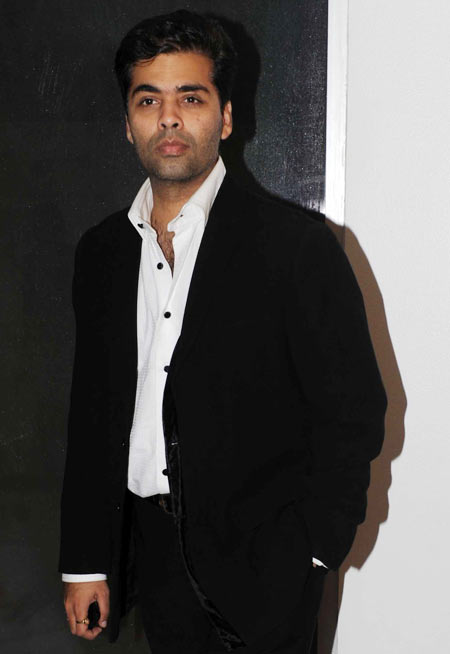 'Am the hugest Yash Chopra fan and cant wait to see #Jabtakhaijaan.....@iamsrk.katrina and anushka!!! A true blue romance after a long time!!' he tweeted.

Actress Sonal Chauhan is also looking forward to watching the film. '"Jab Tak Hai Jaan" by Yash Chopra... Can't wait to watch it. The magic that only Yash ji can create,' she updated.

Meanwhile, Divya Dutta ‏loved the title of the film. 'I love t title of t new yashraj flick but I do feel like saying,jab tak hai jaan.main nachungi!smethings u cnt undo!' she wrote. 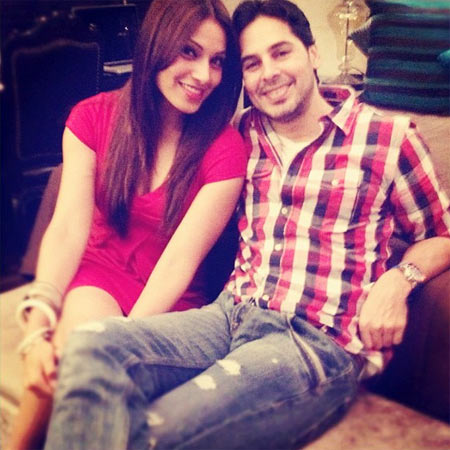 Bipasha Basu watched Raaz 3 once again with ex-beau and Raaz co-star Dino Morea. 'Nostalgia! Gonna watch Raaz3 with @dinomorea9 . Means the world to me:)' she tweeted with the picture (above).

Neha Dhupia ‏is busy promoting her forthcoming Rush with Emraan Hashmi and Sagarika Ghatge. 'A glimpse of #rush ... with @Emraanhashmi n Sagarika,' she tweeted with the picture.

Shilpa Shetty shared a picture of her from an event and tweeted: 'At the Olay event today in delhi'