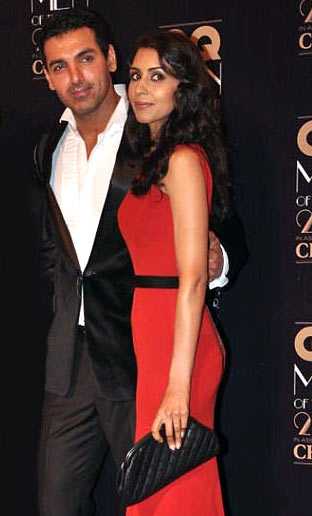 Despite having some successful films to his credit, John Abraham claims he has always been written off.

"I have been written off all the time but I kept on going and let my work talk. My biggest accomplishment is being around for 10 years," John states.

The actor’s hard work and long wait seems to be paying off, as he's got a plate full of movies, including his upcoming production Madras Cafe.

Set against backdrop of the Sri Lankan Civil War of the 1990s, Madras Cafe also stars Nargis Fakhri. It has been directed by Soojit Sircar.

John gets candid with Sonil Dedhia, and tells us what kind of movies he wants to make, and how his girlfriend Priya Runchal brought stability into his life.

A recent report suggested that your market worth is over Rs 500 crore, and you have invested in various properties, including a chain of gyms…

I don’t like to talk about my investments but I can say that it is important to invest your money safely.

I grew up in a middle class family. I had Rs 550 in the bank when I started my professional career. I value my earnings very much. I don’t wear fancy watches, don’t have any flashy stuff and rarely attend parties. I don’t do anything that is typically filmi.

It is nice to be a bad boy in Bollywood but in real life, you have to be a good role model. I want audiences to resonate with me and say, ‘he is like us’.

Have these investment decisions got anything to do with the investment banker in your life (girlfriend Priya Runchal)?

She is the stability factor in my life. I used to invest even before I met her but it does make a difference, as there is perspective now. I have always been cautious about how I spend my money.

'I have complete respect for Salman Khan' 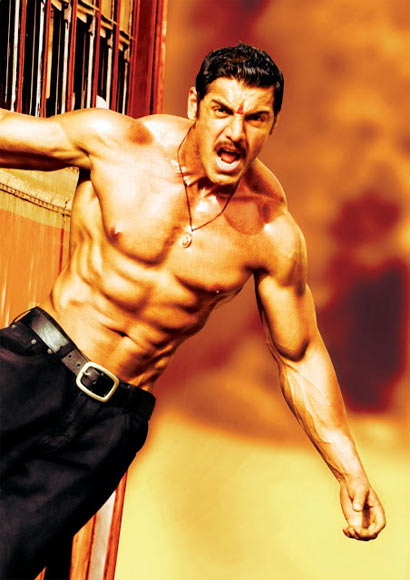 For someone who plays larger-than-life characters, don’t you think playing a realistic character in Madras Cafe was a risky proposition?

In a way, it is a risk, as people like to see me in films like Force and Shootout At Wadala.

But Shoojit (Sircar) was very clear that people shouldn’t expect my character in this film to be similar to these other films.

It isn’t like John Abraham is taking his shirt off and running on the streets. At the end of the day, it’s a very real film with commercial elements in it.

You mentioned at a press conference that you wouldn’t be flaunting your abs in this film. Were you taking a dig at any actor?

Not at all. It's the job of contorted media minds to assume that. I feel bad about it because I was talking about myself. I have flaunted my abs in my earlier films.

I said that because Madras Cafe doesn’t have over-the-top and larger-than-life action. It’s got realistic action. I was shocked when I read the reports. (It was suggested that John was referring to Salman Khan).

'I am trying to create two different identities of John Abraham' 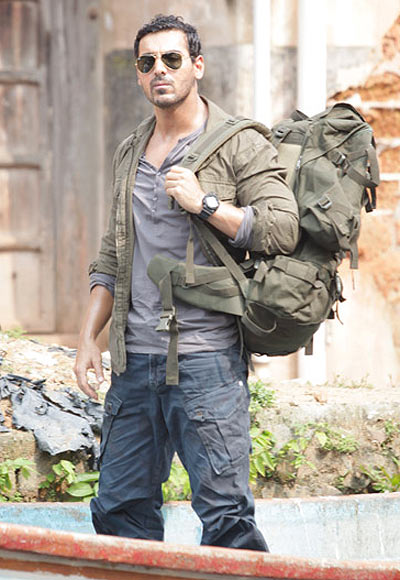 You play larger-than-life characters but at the same time, speak about content-driven films. Do you want to establish two identities for yourself?

Yes, I am trying to create two different identities of John Abraham, the producer and the actor.

As of now, I want to make a strong impact as a producer. As an actor, I am easily accepted in a commercial format. I am using my commercial standing to promote my films.

Take Vicky Donor. Ayushmann Khurrana was a newcomer and no one wanted to meet him. As a producer, I marketed him. Didn't he finally validate it? He was beautiful and amazing. So it’s important to use your commercial standing to make cinema that you believe in.

Madras Cafe is set against the backdrop of the Sri Lankan civil war of the 1990s. It might hurt the sentiments of the people of Tamil Nadu.

There are some groups in Tamil Nadu, who have already asked for a ban on the film. This film is not anti-Tamil or anti-Sri Lanka and it is not definitely anti or pro IPKF (Indian Peace Keeping Force).

We are just telling a story. It is a work of fiction. My character is fictitious. The backdrop of this story is inspired by true events that have happened in the late 1980s and early 1990s.

I don’t think this film should be banned. I think every Tamilian should see this film.

'Frieda Pinto was the original choice for Madras Cafe' 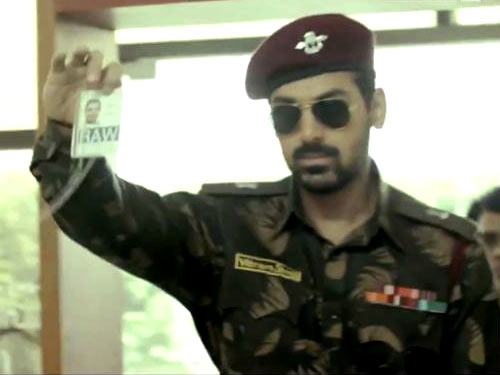 Did you always want to produce the film?

Shoojit Sircar approached me to act in this film six years ago. A lot of time went into doing research for the film.

After Vicky Donor, I decided to produce this film. I would have still acted in the film even if I had not produced it.

Shoojit was very sure about me. He asked me to deconstruct my body and told me not to look like John Abraham at all. I did not work out for months and had food like a normal man.

Was Nargis Fakhri the first choice for the film?

We had initially approached Frieda Pinto, who loved the script. But she had already committed to Woolly Allen’s film and so couldn’t do it.

She called me and said it is courageous of me to make a film like Madras Cafe because India needs to see more films like that. I took that as a compliment. Then, Nargis was our only choice.

'I was written off every year' 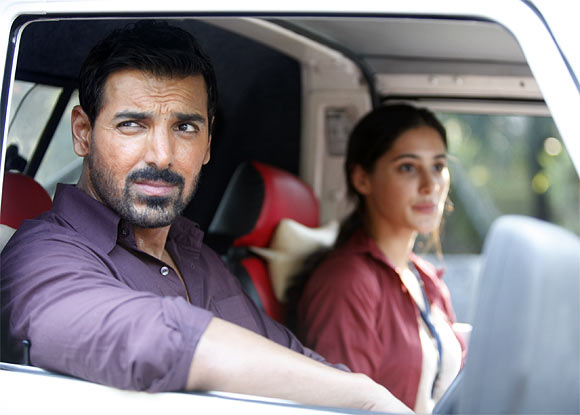 You have completed 10 years in the industry. How do you see those years?

I was written off every year. My obituary is signed every year (laughs).

I don’t take it negatively; there is no anger in me. I put my head down and do my work and let it speak for itself.

And what do you think has been the key to your success?

John Abraham grew his hair and rode a bike in Dhoom so everybody did that.

I walked out of the water wearing yellow trunks flaunting my body, and masculinity came in.

I have always been smart in positioning myself. I have been careful. A big producer had told me that my smartest choices are those films that have failed like No Smoking, Kabul Express, Water and many others.

I have tried to balance the failures. Fortunately, my last film, Shootout At Wadala, opened a lot of avenues for me. Shoojit feels Madras Café is my best film to date. People who have seen it find it is brilliant.