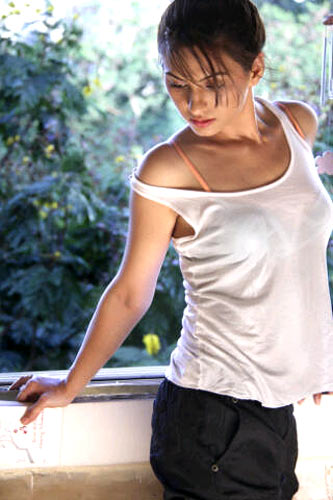 The Mumbai-based girl was launched by Ekta Kapoor in Khwaish in 2007. She went on to act in many serials like Kasamh Se, Ram Milayee Jodi, Baba Aiso Var Dhoondo and the mythological Dwarkadheesh: Bhagwan Shri Krishna.

Here, Priya talks to Rajul Hegde about her journey from television to films.

How did acting happen?

I used to be a TV buff and would imitate actors. My father called me a ‘nautanki’ and didn’t take it seriously.

By chance, I auditioned for a cameo role in Kyunki Saas Bhi Bahu Thi. Though it was the most popular TV show, it took some time to convince my dad to allow me to take up acting.

Then Ekta Kapoor (head of Balaji Telefilms) offered me a lead role in Khwaish, the first television show to be completely shot in Dubai. The show was first telecast in UAE, Pakistan and much later in India.

You must be having lots of fans in those countries. How was Khwaish viewed in Pakistan and UAE?

Yes. It used to be the number one show in Pakistan. It was like Kyunki… in India. The response in Dubai was equally good. Pakistani TV soaps have limited episodes and Khwaish was the first daily soap that lasted for a longer period.

'I want to do something for Comedy Circus' 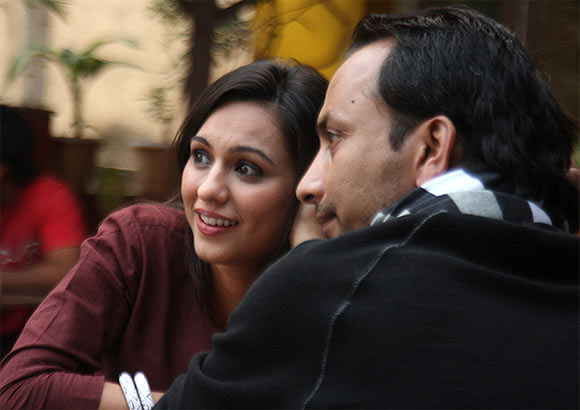 You haven’t acted in a TV serial after Dwarkadheesh: Bhagwan Shri Krishna. Why?

I would love to be back on television but I am waiting for a great role to come my way. I want to do something for Comedy Circus, or a travel or youth-based show. Or something like Humsafar, which now airs in Pakistan.

In the last two years, I did many commercials -- for Huggies, Johnson baby oil, Pepsodent etc. I have done 31-32 ads in a span of two years, and still continue to do it.

So how did you get to act in the film?

Just after Dwarkadheesh when I was doing the ads, I was offered Chor Chor Super Chor. I wanted to act in films but didn’t know that I would get an offer so quickly.

I auditioned for the role in November 2011 and was selected in four days. I had to fly to Delhi to start shooting immediately.

I’ve known Deepak Dobrial (her co-actor) for five years. I used to practise acting/theatre activities with his group, so I was comfortable acting with him.

I play his love interest in the film. I am responsible for creating a mess in his life and the story moves forward because of me.

'The film is full of entertainment' 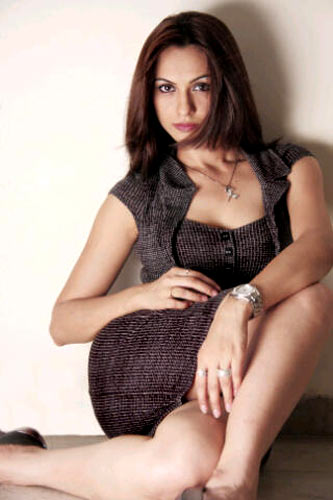 How was it shooting for the film?

We had great fun shooting for about 40 days in Delhi. Everything went smoothly. It’s just 95 minutes and full of entertainment -- you will not realise when it starts and ends.

It’s fortunate that audiences now accept TV actors on the big screen. It was not so five or six years ago.

How good are you at comedy?

I really don’t know because you will see situational comedy in this film; the characters are not funny. I really want to do a comedy show and see how good/bad my comic timing is.

'I am not dating anyone' 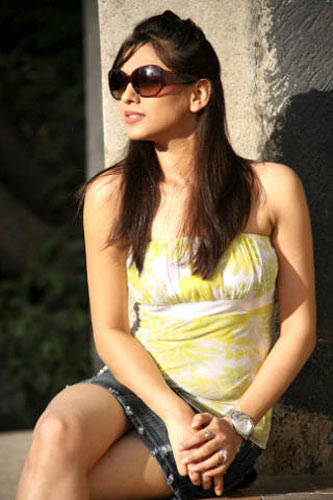 Is there any recent comedy film or show that you like?

Vicky Donor was a fantastic movie. Comedy Nights with Kapil is my favourite TV show. He is too good. He is so quick and his humour is amazing.

Are you dating anyone? Are you in touch with actor Jatin Shah after your divorce?

We happen to meet at functions, events, and social gatherings and look tests. Our divorce was amicable. Whenever we meet, we greet each other.

At the moment I am not dating anyone because work is my priority.