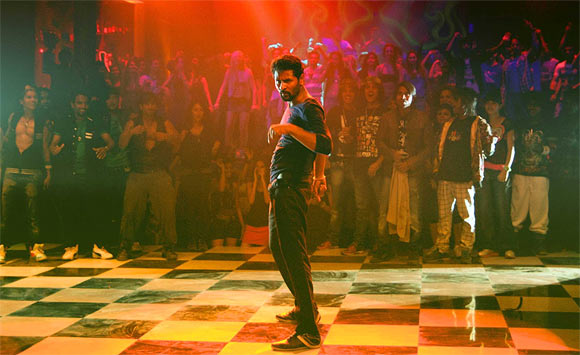 Image: Prabhu Deva in Anybody Can Dance
Sonil Dedhia in Mumbai

After an eventful stint as a director, he is back to doing what he does best -- dance.

He plays the role of a dance teacher in Remo D'Souza's ABCD (Anybody Can Dance), set to release on February 8.

In this interview with Sonil Dedhia, Prabhu Deva talks about his comeback as an actor and why he doesn't feel the pressure of delivering a Rs 100 crore hit.

You are returning to acting in a Hindi film after a long time.

I am very excited because ABCD is India's first dance film. I am also thrilled because the film is in 3D. People will be able to see my dance in 3D (winks).

When Remo approached me, I thought he was just making another film. Later he told me that he was making a dance-based film in 3D.

So you think anybody can dance?

Yes, anybody can dance. Whether it is right or wrong that doesn't matter (smiles).

'Remo is a better director than a choreographer' 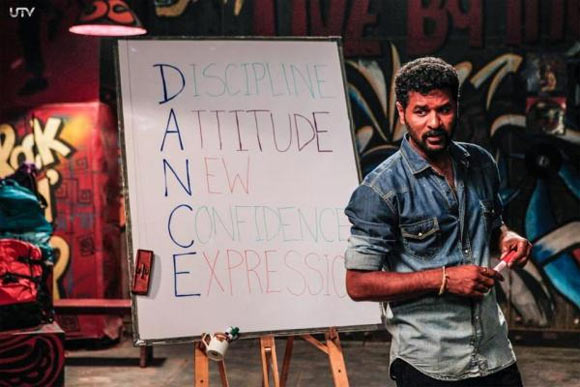 Image: Prabhu Deva in Anybody Can Dance

What was the toughest thing when you got back in front of the camera?

The dialogues in Hindi were really tough. Remo had given me the dialogues and I used to memorise them. I also had to get the emotions right.

Do you think a Hindi film based on dance could have come out earlier?

Yes, we could have done it earlier but I believe everything has its own time.

I am happy that Remo made this film. He has done a fabulous job. I think he is a better director than a choreographer.

Did you give any inputs for the choreography?

I am only acting in this film. I took all the instructions from Remo. I did whatever he told me.

There are some young kids who have done some excellent dancing in the film. I was a little nervous because all the dancers in the film are simply amazing. I even told Remo to take care of me and give me some simple steps!
Tags: Remo 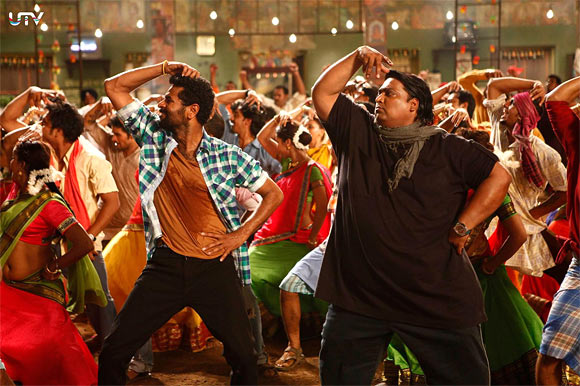 Image: Prabhu Deva and Ganesh Hegde in Anybody Can Dance

You said you were excited about the film being in 3D. What are the challenges of mak­ing a 3D movie?

It is a big headache. It takes double the time and the technique is different. Every scene has to be approved by a specialist before we proceed to the next scene.

There are no paus&#173es and cuts and objects placed in a room have to be in the right place, even if it is a table or a chair. If necessary, we re-shoot the entire scene. Even a small thing looks very big on screen.

Considering that making a 3D film is tough, would you ever make one?

I didn't know it would be so tough but, yes, I would love to make a 3D film.

'I don't consider myself a trendsetter' 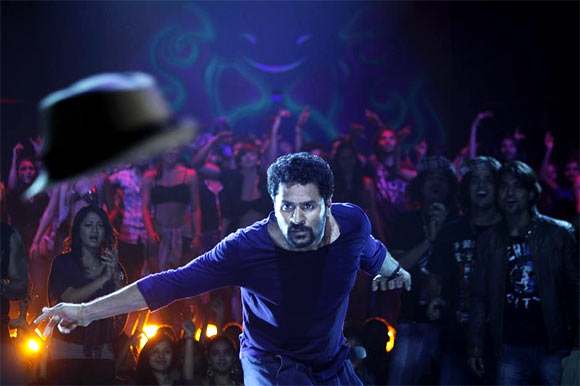 Image: Prabhu Deva in Anybody Can Dance

Today, every director is planning to make an action masala flick. Do you consider yourself a trendsetter as you revived the genre of masala films with Wanted (2009)?

I don't consider myself a trendsetter. I was lucky that Wanted happened. It was not my idea. I was approached by Boney Kapoor so the credit should go to him.

And will you continue making masala flicks?

Both the films you have directed (Wanted and Rowdy Rathore) are remakes and both earned more than Rs 100 crore at the box office. Will you continue making remakes and do you feel the pressure of delivering with each project?

When you are making a remake you have to recreate the same magic, which is very tough. The biggest advantage is that you know the film has worked in the past.

I don't think I feel the pressure of making a film, which earns Rs 100 crore at the box office, because it's not in my hands.

The only thing that I can do is put in my best to make a good film. Ultimately, it is up to the audience to go and watch the film.

If I wasn't a dancer, I would have ended up as a peon!' 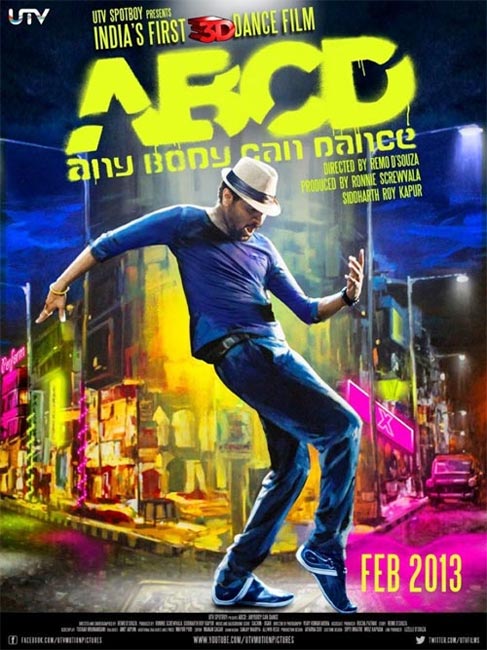 Image: Movie poster of Anybody Can Dance

The response from the Hindi film industry, when you first entered it in 1994 as an actor, wasn't very welcoming. Was it any different when you came back as a director?

I think success speaks for itself. It is all good now. Also, I don't see any difference in the industry in the south and the Hindi film industry because I have been part of both industries.

You said in an interview that you became a dancer by chance. If not a dancer what would you have become?

I was very bad at studies so if I wasn't a dancer, I think I would have ended up as a peon! (laughs).