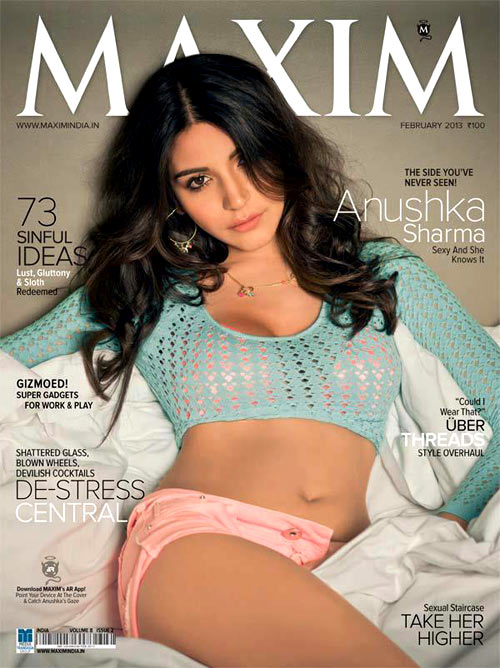 Anushka Sharma, who's become a bit of a magazine cover veteran in a very short span of time, debuted yet another dazzling new cover. 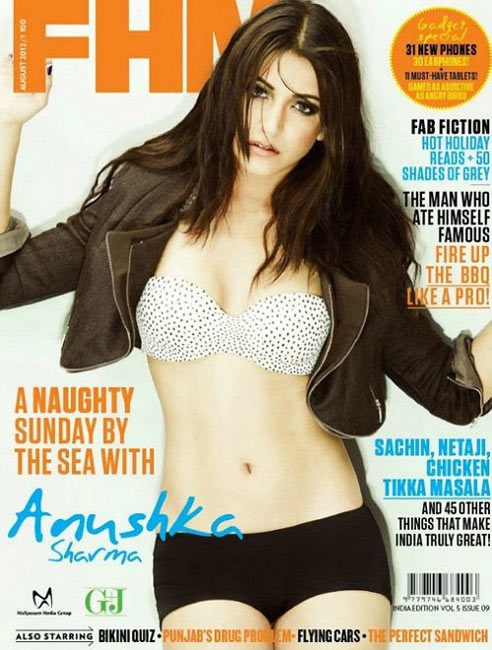 The hottie flaunts her midriff on the cover of FHM in tiny shorts and a studded bikini top. 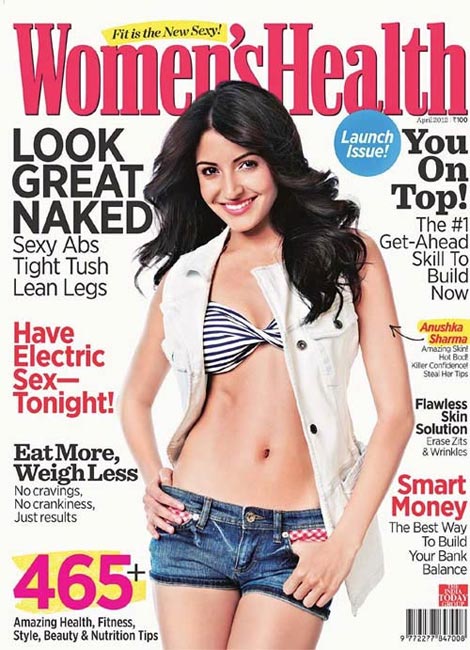 The Jab Tak Hai Jaan actress featured on a cover of Women's Health magazine in a knotted top and denim shorts. 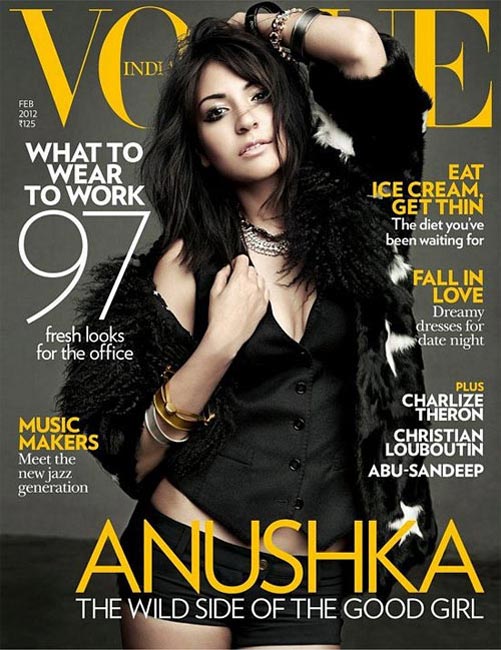 Sharma flaunts her fierce side in a black fur-lined jacket and a vest as she smoulders on the cover of Vogue India. 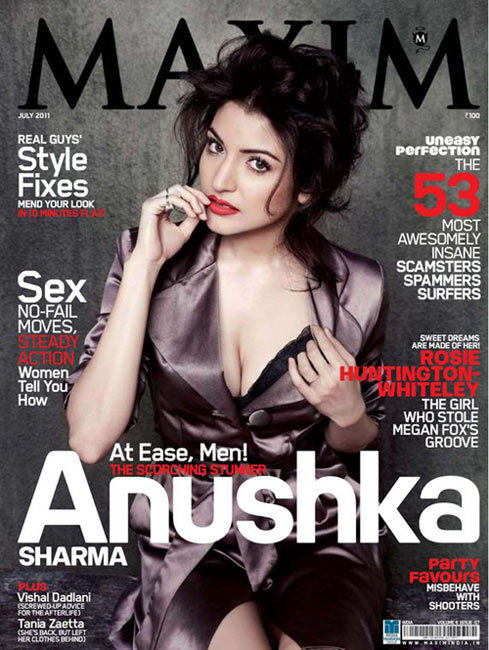 One of her first covers, this Maxim photograph is a showstealer. 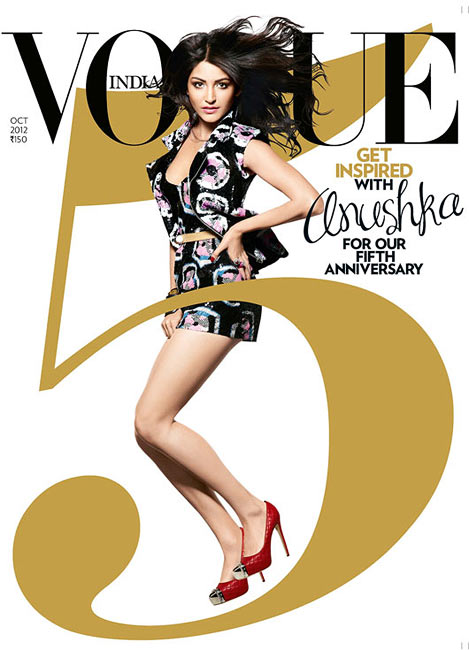 Vogue India's fifth anniversary issue had, among other actresses, Anushka Sharma on the cover. 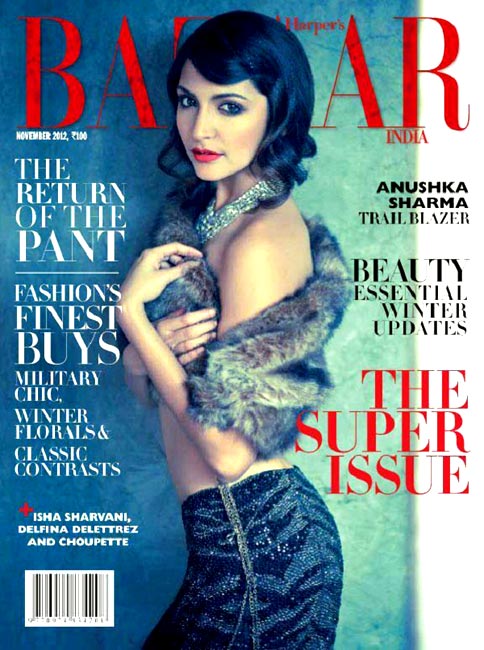 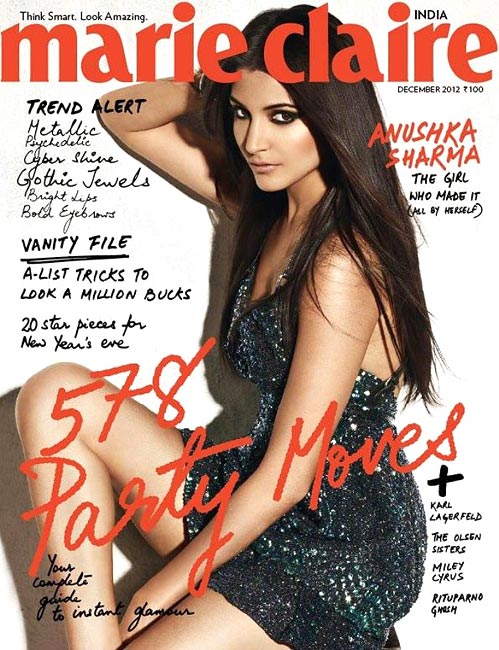 The hottie jazzes it up in a sequinned outfit and straight hair for Marie Claire.

The former model goes urban chic in a neon dress, black jacket and smokey eyes for a Verve cover. 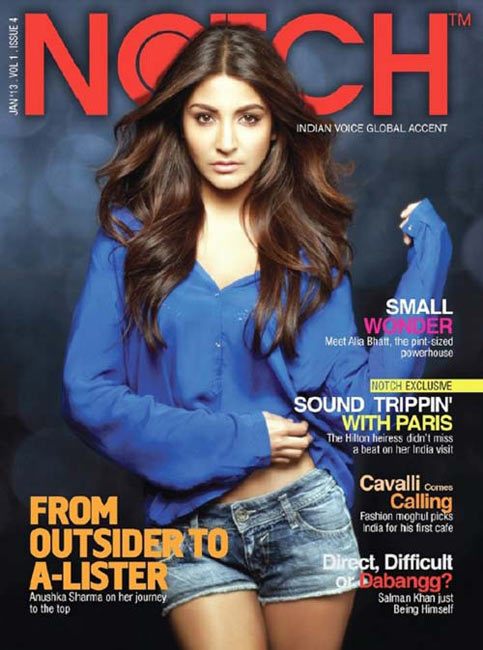 And here's a picture from Notch magazine, with Anushka wearing an oversized shirt and denims, working the dishevelled look with ease.