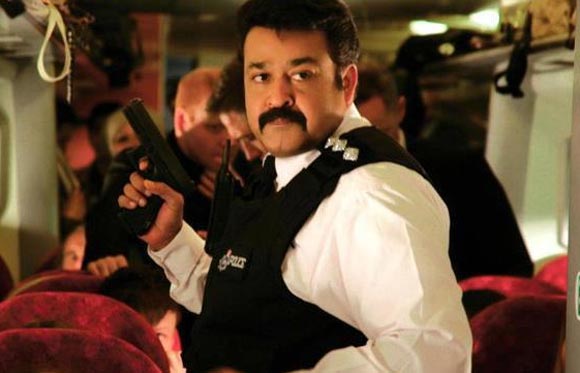 Image: Mohanlal in Tezz
Patcy N in Mumbai
After working with Ram Gopal Varma in Ram Gopal Varma Ki Aag and Company, Malayalam superstar Mohanlal returns to Hindi cinema with Tezz, this time directed by Priyadarshan.
Interestingly, all three movies feature Ajay Devgn, and all three films sees Mohanlal playing a cop!
Mohanlal claims it's all coincidence, of course. He took up Tezz because of his long friendship with Priyadarshan -- the two have known each other since college.
Mohanlal talks to Patcy N about his Bollywood connection.
This is the third Hindi film where you are a playing a cop. You will be branded a cop in Bollywood films.
I am already branded. I haven't done it on purpose; it just happened. It is my third Bollywood film and I play a British police officer of Indian origin. It is a small role but very critical in the film.
I am just doing a special appearance for Priyan. This is my 43rd film with him. I kept asking him when are we doing a Hindi film, and suddenly he called me and asked me to do this film.
It started as a joke and I landed up with a role! Also, this is my third film with Ajay Devgn. All my Hindi films are with Ajay Devgn.
I think Tezz is one of the best films of Priyadarshan. I have seen parts of the film. The action choreography is amazing. Leading people in the world have done the action sequences.
You have a great fan following down south...
For an actor it is great to have fans. Company has become a cult film. When people see me at the airport and when I travel they call me Companywala.
I am more into Malayalam films. I did Aag with Amitabhji (Bachchan) but it didn't do well at the box office.
Tags: Ram Gopal Varma , Bollywood , Mohanlal , Malayalam , Companywala

'Priyan knows how to handle an actor' 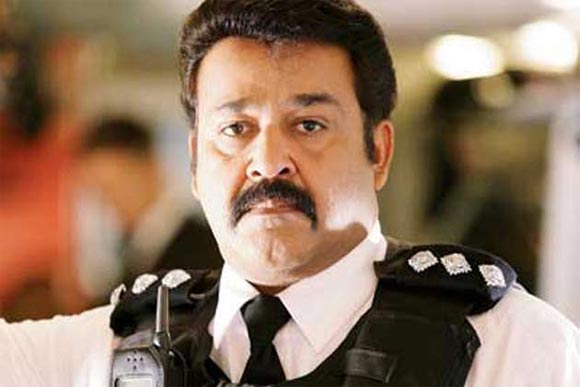 How is it working with Priyadarshan?
It is fun working with Priyan. I don't ask him about my role. I know him too well. I know how he is going to shoot me. He will not show me in a bad light.
Most of my films are remade in Hindi by Priyadarshan (like Hera Pheri, Bhool Bhulaiya). My next film, Arabiyum Ottakavum P Madhavan Nayarum, is with him again.
You've know Priyadarshan since your college days. How has he improved over the years?
Priyadarshan has directed over 84 films and more than150 ad films. With every film, he is growing. He knows his job well, he is thorough, his way of making a film and song or choreographing a scene is entirely different from other directors.
He knows how to use an actor's talent and how to handle an actor. He is one of the greatest directors we have.
After so many films with him does the superstar give auditions?
Why should I do that after 43 films? When we do Malayalam films, he just explains and discusses the scene with me and I act. He doesn't tell me do it like this, or do it like that. After 33 years of acting in films, I know what I have to do.
Why don't you act in your remakes in Bollywood?
There are wonderful actors here so why should I come and do a remake here?
What do you think about your remakes made by Priyadarshan?
He has to adjust to this set-up. It's a bigger market here, so he has to make it big and for that he has to sacrifice the emotional part, the subtle things. He has to add more volume like dances and songs, Bollywood is famous for that.
Tags: Priyadarshan , Arabiyum Ottakavum P Madhavan Nayarum , Hera Pheri , Bhool Bhulaiya , Bollywood

'I am not fluent in Hindi' 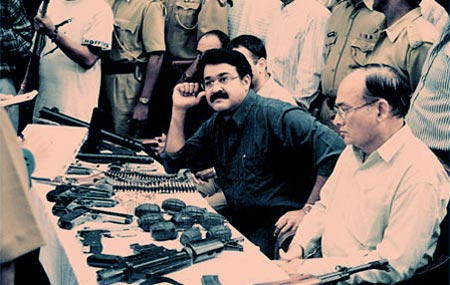 What is the difference acting in Hindi and Malayalam films?
Nothing much. It's all the same -- the lights, camera...
You should be punctual, that is in your interest and shows your integrity towards your profession. Otherwise I don't see any difference apart from the language.
Emotions are the same, but how you portray yourself in a film, your intelligence and brilliance and the effort you put in, is entirely yours.
I have done films in Tamil, Telugu, Kannada, I don't find any difference. I am not fluent in Hindi. I used to learn Hindi in school and college but nobody speaks Hindi in Kerala.
What is the difference between the film industry in the South and Bollywood?
Territory wise, Kerala is a very small place in terms of making films. Hindi films are made for an international market, and we have a very small market. Telugu and Tamil films have got a major market in India and internationally too. For Malayalam films, the main markets are the Middle East, US and Europe, but it's a small market.
Hindi films are amazing; they try new films, the multiplex revolution has happened, they are trying new methods of doing cinema. There are new kinds of films even in Tamil and Malayalam.
Tags: Malayalam , Kerala , Middle East , Kannada , Telugu 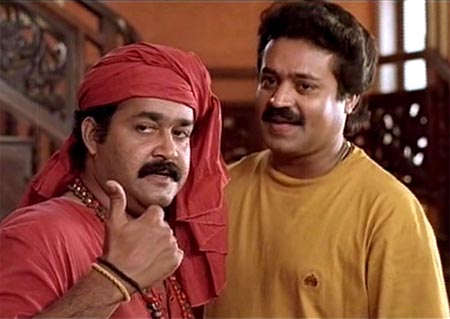 What do you think about the remakes of your films?
A lot of Hindi films are remade in Malayalam and Tamil, it's an exchange. When I do a very good film in Malayalam, only a portion of the population will watch, but if the same thing is made in Hindi, the entire nation watches, plus international audiences.
One of my films, Manichitrathazhu, is a big hit film. It has been remade in Tamil, Telugu, Kannada, Bengali and in Hindi as Bhool Bhulaiya.  It is doing very well in all languages.
Do you think the flavour of the film is retained when it is made a number of times?
Different actors are acting, there is a different way of shooting, but the content is the same. Manichitrathazhu was a major hit in every language.
Yes, some things change in order to satisfy the audience. If Rajinikanth (Chandramukhi) is acting, they have to have songs and other things otherwise the film won't run. In Bhool Bhulaiya, they incorporated elements to attract Hindi film audiences.
Would you like to produce a Hindi film?
I produce my films in Malayalam, and I am fine with my language.
Tags: Bhool Bhulaiya , Manichitrathazhu , Malayalam , Bengali , OChandramukhi

'Why should I have to prove anything in the Hindi industry' 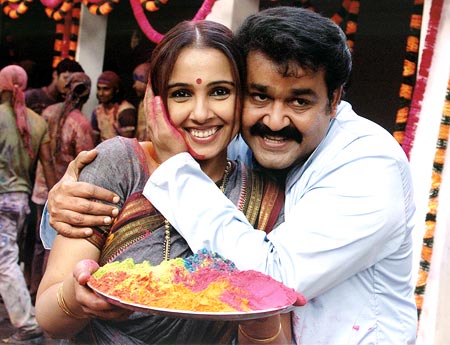 Many actors from the South have settled in Bollywood. Why not you?
I have been working for 33 years there, and have over 300 films. Why should I have to prove anything in the Hindi industry? I am content and happy with my own language. If I get a good and irresistible role, only then will I do a film here. I don't want to prove anything.
Many people, particularly actresses from the South, when they are newcomers, want to do Hindi films as the reach is greater.
For actors like me, the South is fine. Company is enough for me, now I should get something better than Company. I am doing Tezz only for Priyadarshan.
What would you consider a good and irresistible role?
When I hear the story and how the director will execute it, I will know whether it is irresistible. I have done a film for Mani Ratnam, Iruvar. It was an irresistible role.
When Ramu (director Ram Gopal Varma) came to me for Company, he had just seen one of my films, so I asked him why he wanted me, and he said, 'I have just seen one film of you, Lal, but I want Mohanlal in this film.'

That was his commitment to the film, so I agreed. It is sometimes about the craving of the director and sometimes the subject.
Tags: South , Ram Gopal Varma , Ramu , Mohanlal , Mani Ratnam
More