What Carlos Santana thinks about India 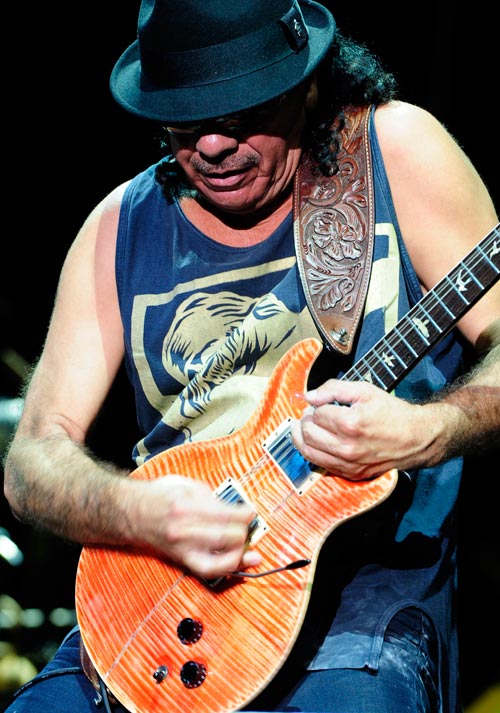 E-mail interviews are a tricky beast, especially when the person to be interviewed is someone like Carlos Santana, stories about whom are part of rock, guitar, and music legend.

He once told an interviewer that the spirit of Miles Davis tells him where to stand on the stage. When a guitar magazine asked him about what he thinks about when he plays, he said he thinks of combing his daughter's hair, softly enough to not make her cry. Jimi Hendrix is said to have told him -- in a loo, when the two guitar gods were taking a leak -- 'I like your choice of notes.'

In a career that first exploded in 1969, Carlos Santana has redefined rock by infusing it with the groove and infectious energy of Latin music. He has played with everyone from jazz legends to West African kora players to blues giants to modern pop artistes. He has influenced countless musicians across the world, including R D Burman.

The Mexico-born 65-year-old American guitar god still sells out stadium-sized arenas. And in a Santana concert, rhythm is still a higher form of consciousness.

The legendary musician is set to perform in Bangalore at Vladivar Rock N India on October 26, and in Delhi at F1 India Rocks with Vladivar on October 28 (where Shillong-based blues band Soulmate will open for him).

So when Sumit Bhattacharya was asked to interview Santana on e-mail, he threw in a couple of questions like this one: 'Your experience at Woodstock, your first major gig where you were told to go on stage while you were high on psychedelics, is well documented. So do you have food tasters now to prevent that sort of thing happening?'

Santana did not reply.

But he did confirm that he has been to India incognito, that he listens to raagas at 3 am and that he might be playing in Goa next year. 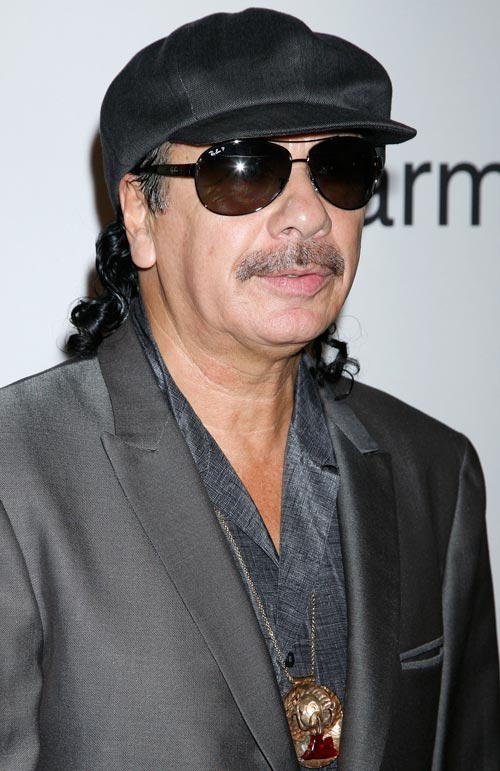 When you think of India, what comes to your mind?

What are your expectations from India?

I am honoured and grateful to be playing for fans in Bangalore at Vladivar Rock N India and in Delhi at F 1 Rocks with Vladivar.

(One of the world's greatest drummers) Dennis Chambers is playing with (jazz-rock guitar giant) Scott Henderson on October 25 in Mumbai. Will Chambers be playing with you? Will you be playing the same set in Delhi and Bangalore?

'For us, every concert is unique' 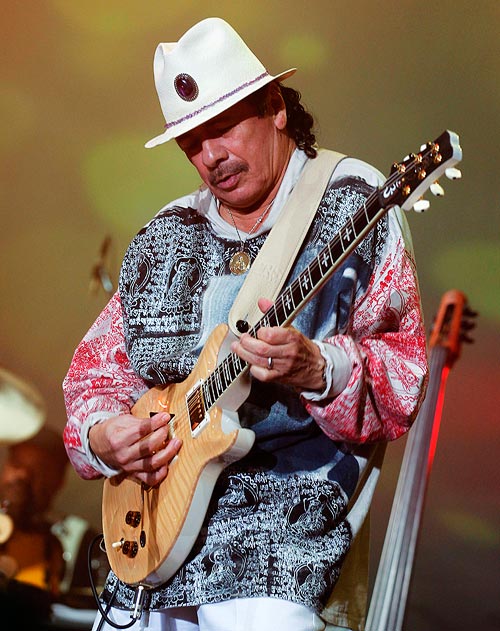 Is it just another concert in another part of the world or do you research on the countries you visit?

For us, every concert is unique. We are not predictable or boring.

Have you been to India incognito?

Have you heard any Indian music?

Yes -- soothing, calming, sometimes humorous. The raagas I play at 3 am are like taking an inner shower. I have listened to Ravi Shankar. It transcends gravity of time and space.

Are you aware of India's rock music scene? Have you heard any Indian rock bands?

Yes, we collaborated with some American Indian artists for some of our works.

'Juicy gossip is not for my biography' 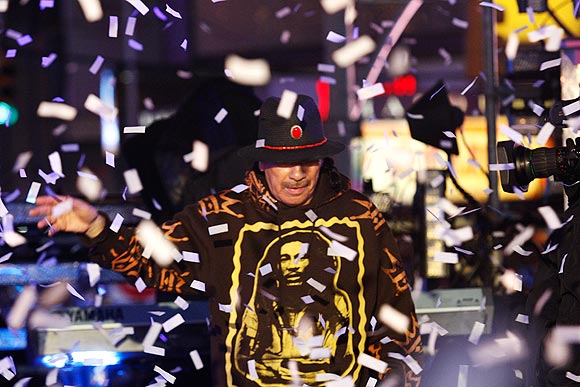 There's talk in India that you may perform in Goa next year. Is that true?

You will know soon.

After all these years, what keeps you going?

Virgin energy in a tangible sort of way. First date, first kiss -- the freshness of it all.

What is the secret to great guitar playing? Mark Knopfler told me that it is 'doing the same thing over and over again till you get very tired.'

Combination of emotion and spirituality. I sang to my guitar in Shape Shifters.

You are set to publish a memoir in 2014. Which other biographies have you read and admired?

Ravi Shankar's. My biography is about my spiritual triumph. What makes Santana loved and welcomed from 8 to 80 year olds from Africa to Japan to India.

I find the super crap about sex, drugs and rock 'n' roll rather shallow. Juicy gossip is not for my biography.

'Technology is helping and ruining at the same time' 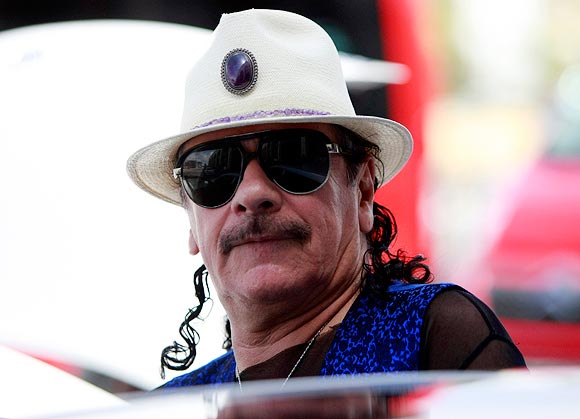 What songs can listeners in India expect?

Like I said, we will not be predictable and boring.

Who, in your opinion, are the new guitar players/musicians who are pushing the boundaries? What music do you carry with you all the time?

Technology is helping and ruining at the same time. We need to be creative. We need to sing and not have computers do the job for us.

What is a typical day in the life of Carlos Santana like?

Work on inner consciousness, rest will follow. Appreciate the complexity in simplicity, sincerity and purity.