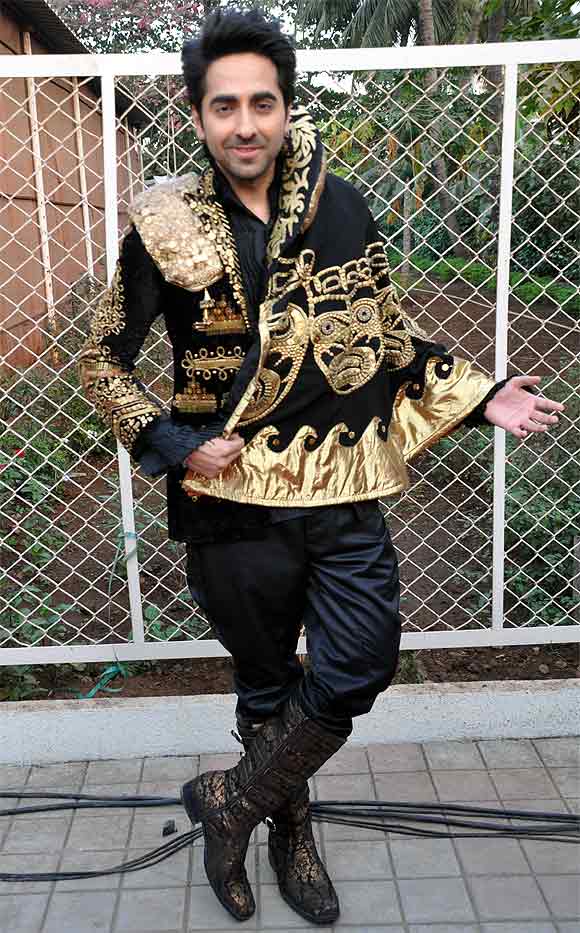 Little did we know that Ayushmann Khurrana, who starred in one of the most loved films of 2012, would go on to garner so much acclaim for his acting as well as singing talent.

After Vicky Donor's incredibly successful run at the awards this year -- it won three National awards as well -- the actor is looking forward to the release of his second film, Rohan Sippy's Nautanki Saala, another quirky comedy, costarring Kunal Roy Kapur.

In this interview, Khurrana traces his journey as an actor that started from his theatre days in college, talks about how he intends to take his singing career forward and reflects if things have changed for the better.

Did you expect to win so many awards for Vicky Donor?

I was sort of expecting the Best Debutant nod because I had won several awards in that category earlier during the month. But the award for best playback singer was totally unexpected.

I came to Mumbai five years back to become an actor. I never thought I'd be singing as well.

Are you a trained singer?

I took singing lessons as a kid but never took it seriously.

Back in my days at the theatre in Chandigarh, my friends and I composed our own songs.

I've sung live on stage at many events but there was no desperation to show my talent as a singer. There were so many other singers around. I have a long way to go as a singer. I still think I am an actor who sings, and not the other way around.

'I will be singing in all my films' 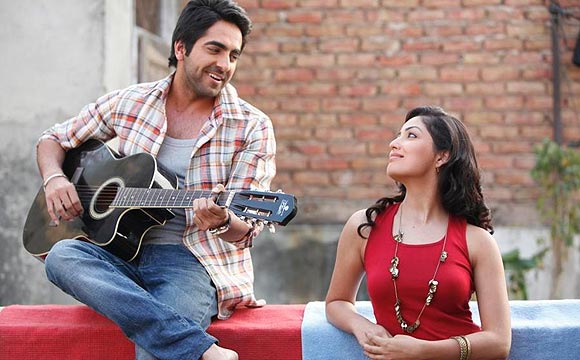 Yes, I am doing my riyaaz (practice) every day, and I will be singing in all my films. I think I've sung better in my second film Nautanki Saala than I did in Vicky Donor. I feel more confident as a singer.

What did you think of your fellow nominees in the debutant categories this year?

All the newcomers this year are really good. I had these conspiracy theories in my head that I may not get the awards because I am not a producer's son.

Thankfully, I was proven wrong. People like Shabana Azmi, Sridevi, Boney Kapoor and Tabu complimented me for Vicky Donor.

'I wasn't getting good offers but I wasn't desperate' 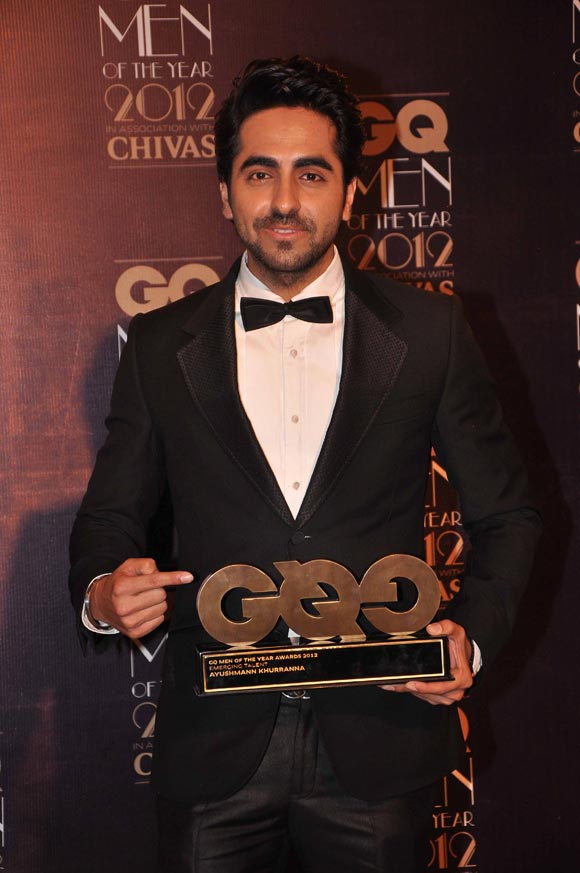 Arjun Kapoor is your closest contender. Is there any rivalry between the two of you?

Actually, he was the first to congratulate me when Vicky Donor released. I saw his debut film Ishaqzaade pretty late. I watched it on DVD and congratulated him. At the awards we sat together and chatted. Now we're both working for Yash Raj films, where I have a three-film deal.

Yes. He called me up. In fact, he was quite surprised I wasn't signing any new films.

I wasn't getting good offers. I wasn't desperate.

Even before I did Vicky Donor, I waited for four years. So after my first film, I was shortlisting the offers. Adi was impressed by the fact that I wasn't impatient despite being a newcomer. He offered me a three-film deal and I accepted. 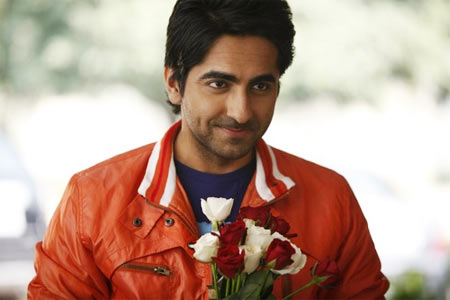 Did you ever think your song Paani da rang would become such a hit?

I am a kid at heart. I live only in the present. I don't think about what will happen in the future.

During college, Paani da  was a huge hit in our theatre group of 20 boys. Back then, we composed songs for the love of music. I never thought or even hoped it would be in a movie some day.

There are a lot of expectations from you now. How do you keep yourself grounded?

I think an individual's basic nature must not be affected. I'm popular now but my heart is still beating the way it used to.

However, a lot of things have changed. When I came to Mumbai, I auditioned for TV shows at Balaji Films. Yash Raj was a distant dream.

'The transition from television to cinema is easier today' 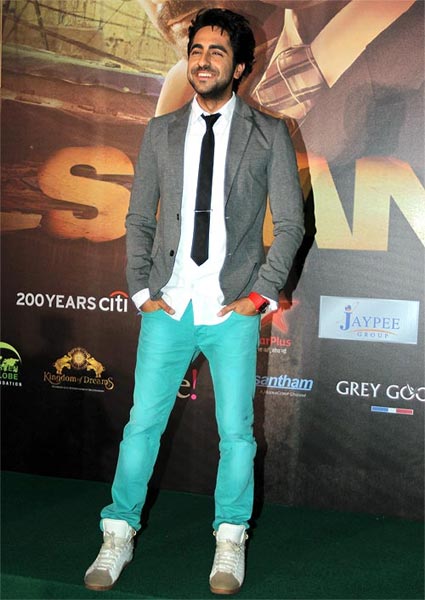 Have you worked in television?

Yeah. Luckily, I chose a show that was not aired. I had to do it because I needed money to survive in Mumbai. That's when I was approached by MTV.

The transition from television to cinema is easier today. Even Sushant Singh Rajput is doing well for himself.

What do you have going on in the coming months?

My second film Nautanki Saala is complete and will release on April 12.

I start shooting for the untitled Yash Raj film in February. It's an urban rom-com where I play a Delhi guy. This character is not as earthy as Vicky in Vicky Donor. It's about love during the time of recession.

Sonam Kapoor earns more than me in it. Rishi Kapoor plays Sonam's father. He's very important to the plot. My director Nupur Asthana is an alpha female.

'I was happier when I was an anchor' 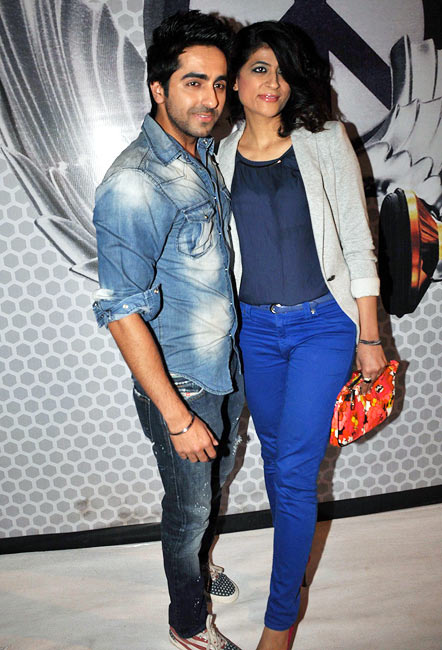 How does your wife react to your new-found success?

I was happier when I was an anchor. I used have enough free time to spend with her.

Now she can afford to shop while you make the big bucks?

Yes, but my wife doesn't like shopping. Both of us don't like shopping. We like travelling. Our latest destinations are all the Sufi shrines across the world. Sufism appeals to her a lot. In fact she's doing a paper on spiritualism. So we travel for pleasure and her work.

What does it feel like to have a bigger fan following?

It has multiplied for sure but it doesn't affect me.

I was known as a TV anchor earlier. The transition from television to the big screen was gradual and smooth. I've been on one side -- interviewing celebrities from the entertainment industry -- and now I've crossed over to the other side. I am okay with it.
One shouldn't forget where they're coming from.

'Every film cannot be quirky; it's important to do normal roles' 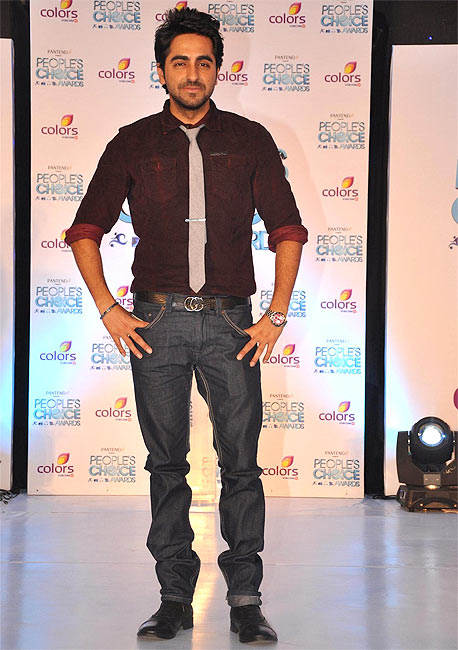 I will first complete the Yash Raj film with Sonam Kapoor and then do Vicky Donor director Shoojit Sircar's Hamara Bajaj. Shoojit wants either Parineeti Chopra or Yami Gautam opposite me.

You seem to portray quirky characters quite well.

Any investmemts after the success in Vicky Donor?

Yeah, I've opened a jewellery store in New Delhi. Since I already had a home in Delhi and Mumbai, I thought it's best to use my money in another way.