Sign in  |  Create a Rediffmail account
Rediff.com  » Movies » 'I'll do bold scenes but only if the script demands it'

'I'll do bold scenes but only if the script demands it' 'A lot of times, certain scenes are shot to look vulgar. I will not be comfortable doing such scenes. I know my boundaries.'

Sonali Raut is all set to Xpose in her debut movie.

Model-turned-actress Sonali Raut may be waiting for her debut film -- the Himesh Reshammiya starrer The Xpose -- to hit screens but she has already caused quite a buzz.

Her white sari act, a la Zeenat Aman in Satyam Shivam Sundaram, although only briefly shown in the film's trailer, hit headlines as soon as it was unveiled.

While the film opens in Indian screens this Friday, May 16, Sonali is basking in the glory of the trailer's initial success.

Sonali tells Rediff.com's Sonil Dedhia about her big screen debut, the controversy surrounding some scenes and why she thinks Salman Khan is the hottest actor in Bollywood.

You are making a sensuous debut with The Xpose. What kind of reactions have you got since the trailer's release?

The reviews are positive and everyone liked it.

All my friends are eagerly waiting to see the film.

A lot of people told me that watching me dressed in that white sari made their day (laughs). 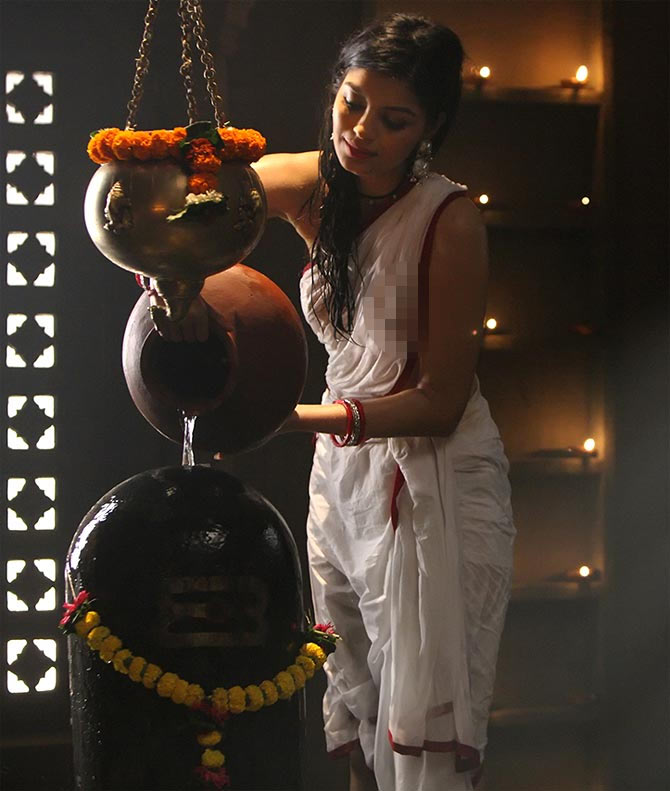 My first shot for the film was the sari scene.

Anant (Mahadevan) had explained how he wanted the shot and we had a lengthy discussion about it.

I was a little nervous and anxious, but he made me really comfortable.

We also did workshops before we started shooting for the film so I was completely relaxed as I knew everyone.

Did you watch Satyam Shivam Sundaram before shooting for the film?

Yes, I did. I was a little nervous about the scene -- it has been a while since someone did such a scene.

Earlier, I was to wear a body suit, but later on I decided to go with the natural look.

'I am an actor; I can't have any reservations' 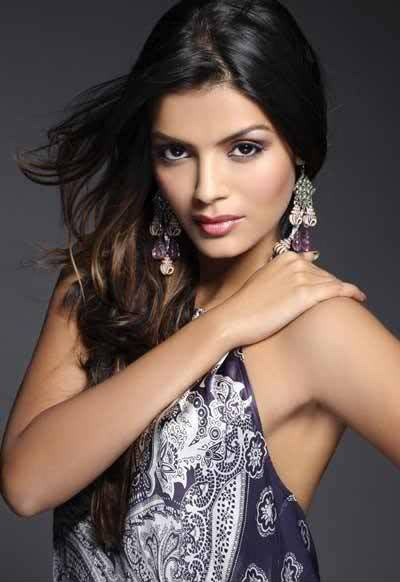 Did your family have any reservations about your playing such a bold role? Would you do it again?

I did consult my family before I shot for the film and they didn't have any reservations.

I am an actor; I can't have any reservations.

Of course, I am open to doing bold roles in the future, but I will do it only if the script demands.

A lot of times, certain scenes are shot to look vulgar. I will not be comfortable doing such scenes. I know my boundaries.

There were reports that you wanted the scene to be deleted or toned down.

I don't know where these stories are coming from. These are all baseless rumours.

I never made any statement that I wanted the scene to be deleted from the film.

I was very much aware that I was going to do it. If I had issues, why would I shoot such a scene?

'I was offered Rangrezz, but I wasn't keen on it' 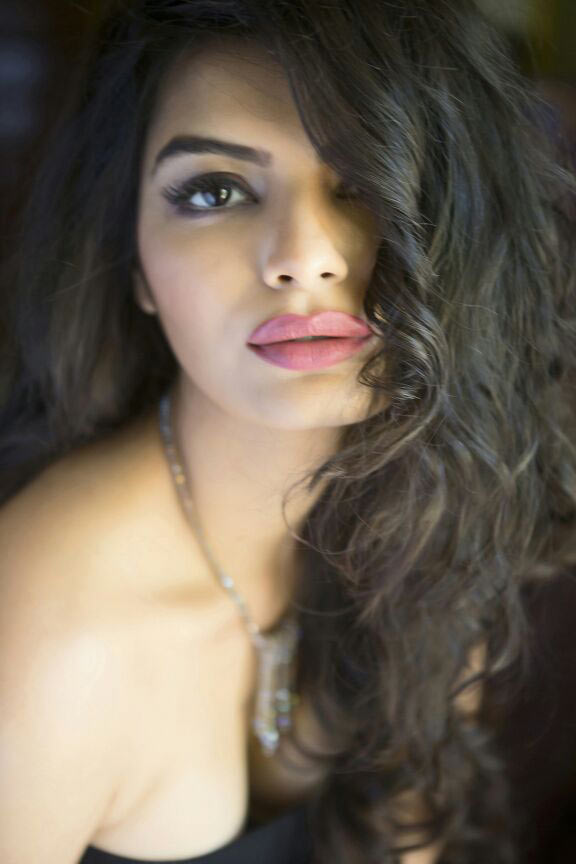 Your tiff with costar Zoya Afroz was in the news. Apparently, she slapped you at one of the promotional events.

Again, I don't know where these stories are coming from.

Yes, in the movie we do have a catfight, but in real life, we are the best of friends.

We hang out and go clubbing and partying together. It's really funny to hear of such reports.

You have been a model for some time now. Why did it take so long to get into films?

I wanted to act since a long time. I had a lot of offers but nothing was exciting enough.

I had been to a couple of auditions, but for some reason things didn't work out.

When The Xpose was offered to me, I was in talks for a debut in a Ken Ghosh film, but it didn't happen.

The casting director of The Xpose, Hanif Rehaan, also offered me Rangrezz, but I wasn't keen on it.

'My character in The Xpose was much more challenging' 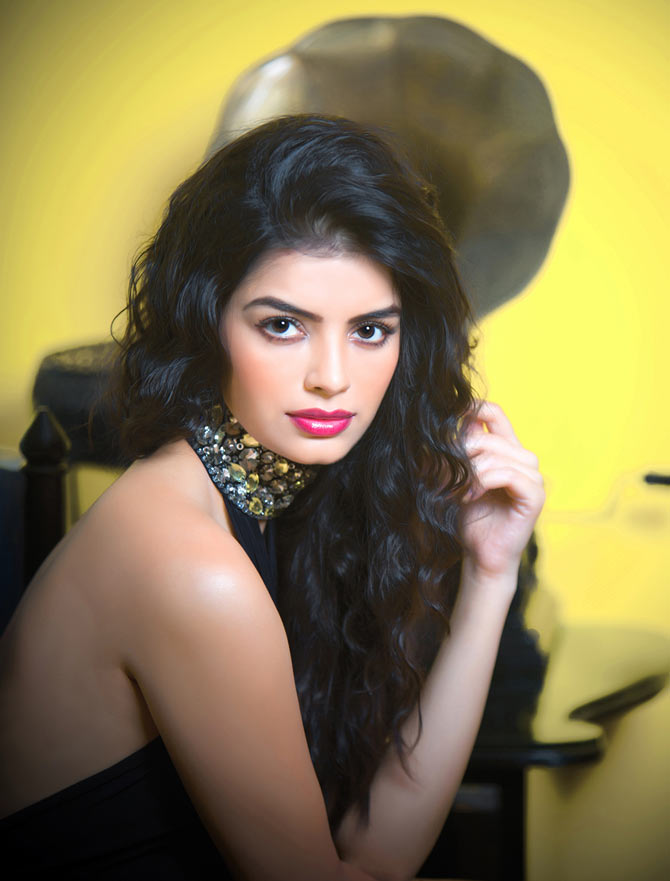 What made you take up The Xpose?

I really loved the script.

I also met Himesh Reshammiya and director Anant Mahadevan and they really liked me.

There are two female characters, Zara and Chandni, in the film and I was asked to choose which one I wanted to do. I did a look test and decided to go with Zara's character.

It has shades of grey. The entire film revolves around Zara's character.

When you see the film, you will realise why the film is called The Xpose and how that is linked to my character.

I am really happy that I am not just singing and dancing in the film but have got the opportunity to perform. 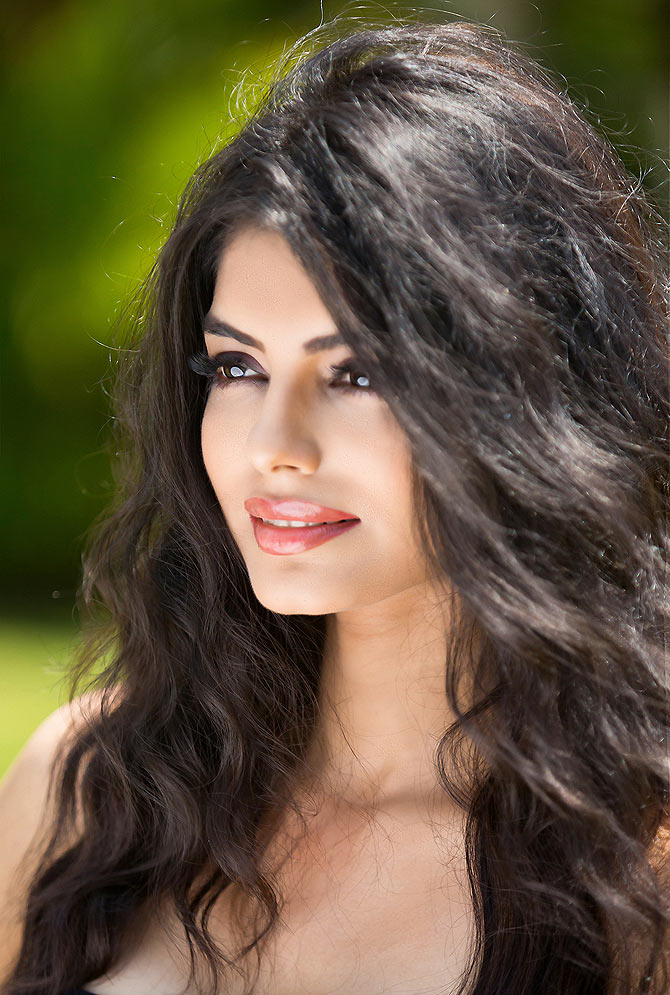 What was your experience of working with Himesh Reshammiya?

I had a great time.

He is a fantastic costar and a person of many talents.

He really helped me during the shoot -- from my looks in the film to the dialogues and the scenes, he took care of everything.

We had a lot of fun shooting for the film.

Was the transition from modelling to television commercials and then to the big screen difficult?

I always wanted to be an actress but I believe things happen in their own time.

I am a newcomer so I am not sure if people will accept me, but I have had a beautiful experience so far.

I have worked with some of the best people. I have also learnt a lot.

'Salman Khan is the hottest actor in Bollywood' 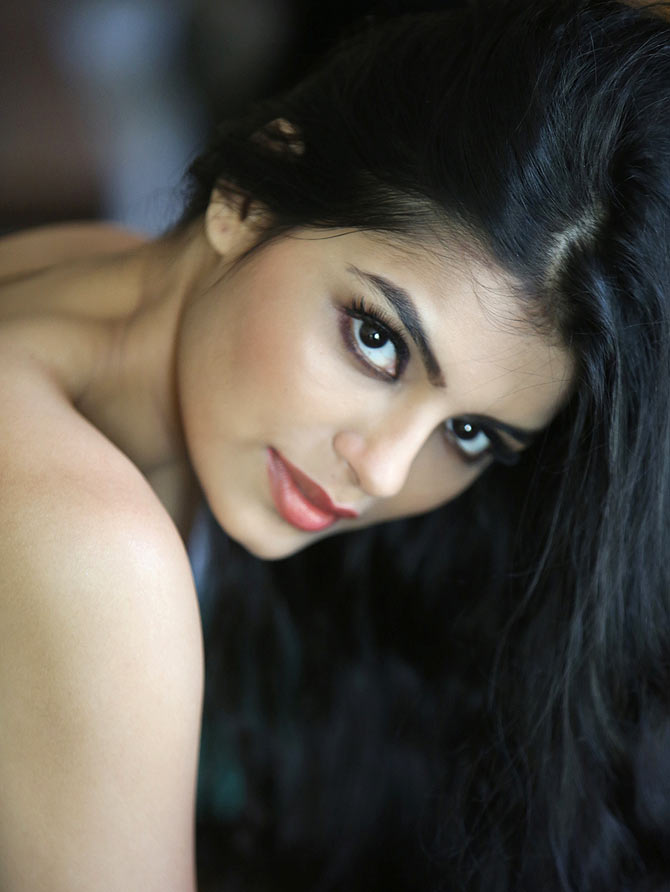 Growing up, were you a big fan of Bollywood movies?

I watch a lot of movies of all kind. But I like to watch action films the most and I am a big fan of superhero movies.

One of my all-time favourite Bollywood films is Sholay. All the characters in the film are so iconic.

Did you ever have a crush on any Bollywood actor?

On the first day of the Xpose shoot, I met Salman and on the last day I had the opportunity to meet Shah Rukh Khan!

We were shooting my first shot and I got to know that Salman was promoting his movie in the adjacent studio. Salman and my elder sister Ujjwala Raut have a lot of common friends and they know each other really well.

As soon as I wrapped up my shoot, I ran to meet him. He asked me which film I was doing and when I told him it was Himesh's film, he was really happy.

The last day we were shooting at Filmistan studios and I knew Shah Rukh was shooting in the next studio. I really wanted to meet him but we were shooting till 4 am and I wasn't sure if I would get the time.

To my surprise, he came on our sets! It was a really amazing experience.

Who are the hottest actors and actresses in the industry according to you?

Salman Khan is the hottest actor.

He is very good looking and charming. He is a good actor and a good human being.

Among the actresses, it has to be Priyanka Chopra. She is glamorous yet versatile and is a good actress. She is well dressed and she has that aura about her.