Sign in  |  Create a Rediffmail account
Rediff.com  » Movies » 'I thought my dance with Madhuri Dixit would sabotage my dancing career' 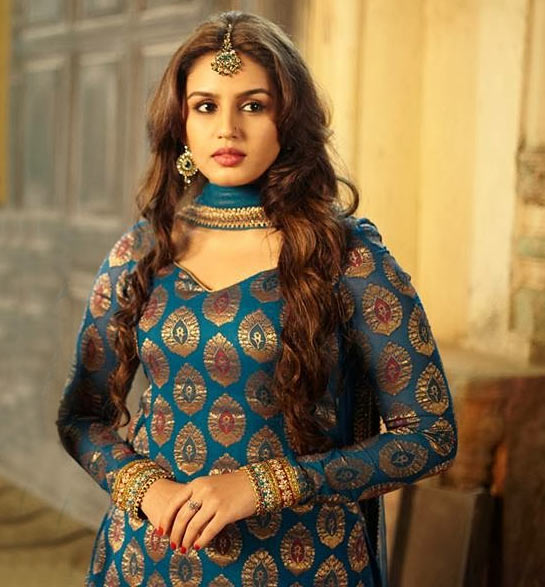 Huma Qureshi, 27, who made her debut in the Anurag Kashyap-directed Gangs of Wasseypur, will be seen next in Dedh Ishqiya, alongside Madhuri Dixit, Naseeruddin Shah and Arshad Warsi. The film releases on January 10.

She talks to Rajul Hegde about the experience of acting with big stars, and how her career is shaping up.

How is Dedh Ishqiya different from the prequel, Ishqiya?

Ishqiya was an intense film. The sequel is madder. It’s a quirky love film.

My character Muniya is intense and aggressive. She is very clear about what she wants from life. Yet, there is a certain mystery about her.

She is associated with the royal life and the palace of Begum Para (Madhuri Dixit), but is spotted talking to strangers in the hidden bylanes of the city. 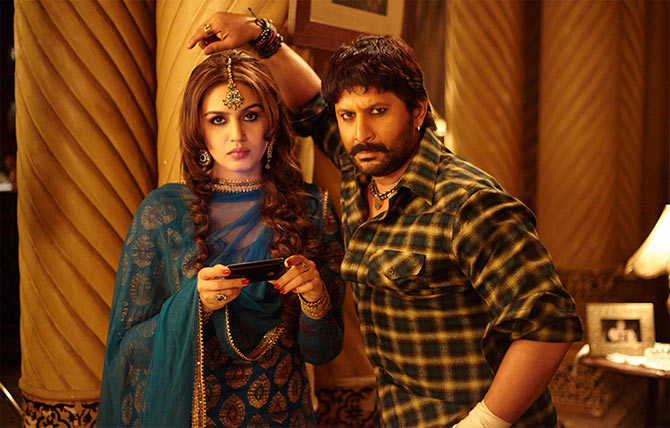 Will it be correct to say that Naseeruddin Shah and Madhuri Dixit symbolise the charm of old-world romance, while Arshad's and your characters play the naughty ones?

Absolutely! The two pairs represent two ways in which love can be expressed.

Arshad and I are the wild, young lovers who are badtameez when they talk to each other. When Arshad tries to woo me, he says, 'Chal na'. And I am like 'Iss number ki sabhi linein vyast hai.’

Did you feel insecure acting alongside fine actors like Naseeruddin Shah, Madhuri Dixit and Arshad Warsi?

I thought of Dedh Ishqiya as an opportunity to do my best because I knew I was working with the best.

Either I can choose to be insecure and afraid, or think of it as a huge compliment to be chosen to be part of such a great film.

I had the support of the director (Abhishek Chaubey) and the entire cast. They never let me feel that I was the youngest or least experienced.

They had seen Gangs of Wasseypur and had lovely things to say.

'You can never strike up a serious conversation with Arshad' 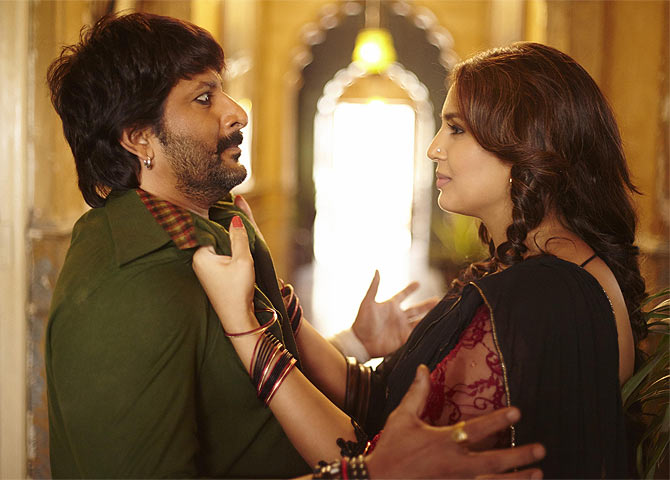 What do you remember about these actors most?

Madhuriji is very easy to work with; she doesn’t carry the baggage of being a star or a diva. She never lost her temper and was always smiling. If she is slightly perturbed, she will start singing to herself.

Naseer Sir has great wit and a very dry and British sense of humour. He loves to read. I often talked to him about his books.

Arshad is mad. You can never strike up a serious conversation with him. But he is very intelligent. That’s where his humour comes from. He is a lovely person, who put everyone around him at ease.

Are you in a secure space today after five films?

Two years and five films. I am in a happy space.

I have worked with the best in Dedh Ishqiya.

I can look back on this film 10 years down the line and feel proud of it.

'Dancing with Madhuri made me nervous' 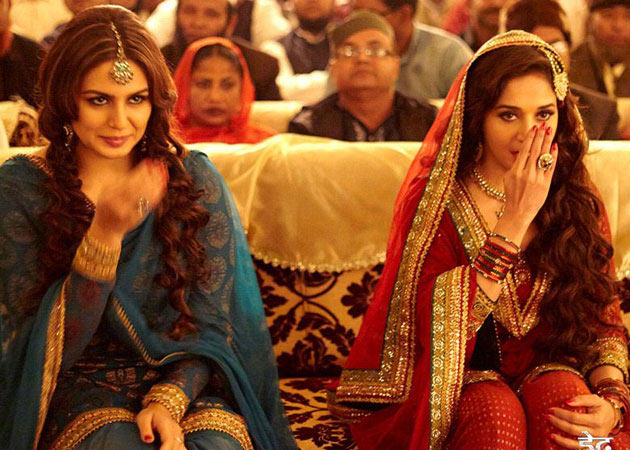 There are a couple of dances (thumkas) performed by Madhuri Dixit. Did you also dance with her?

It was gorgeous and magical watching her live.

There is a jugalbandhi toward the end of the song Hamari Atariya where I join in. We do Kathak together.

I was very nervous. I thought it would sabotage my dancing career (laughs).

Madhuriji, Remo (D’Souza, the choreographer) and Abhishek were very supportive.

It turned out pretty well and I am proud of it. I think I will start taking Kathak lessons now (smiles). 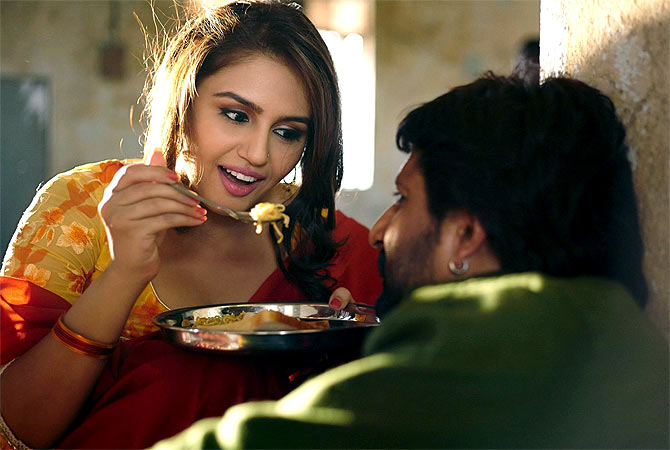 Would you do an entertaining film with comedy and dancing?

Why not? I would love to do a happy, fun film.

A film with Shah Rukh Khan? Any time.

Can you comment on reports that your involvement with Anurag Kashyap was the reason for his separation from his wife Kalki Koechlin?

I don’t want to comment on other people’s lives. That is not right.

I had to say what I had. I made my stand clear so there is nothing new to add.

If I had to (say anything) I would have. I have made my stand very clear.

You can expect me to do something madder. There are some interesting things that I am looking at but my producers will announce it.

I am in a mood to do a comedy film. I have already done intense roles and, touch wood, wherever I go, people talk about me.