Sign in  |  Create a Rediffmail account
Rediff.com  » Movies » Waheeda Rehman: Devsaab liked me for who I am 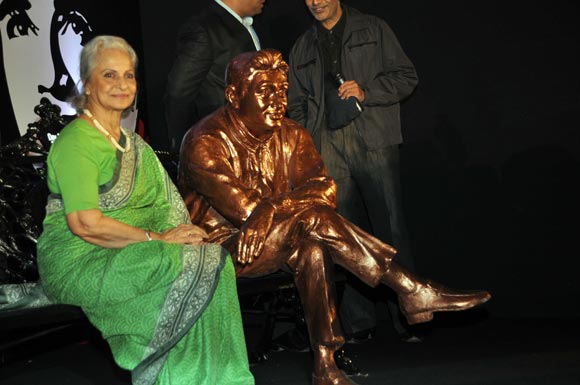 Image: Waheeda Rehman with Dev Anand's brass statue
Photographs: Pradeep Bandekar Rajul Hegde in Mumbai
Waheeda Rehman, who made her debut opposite Dev Anand in the 1956 film C.I.D., went on to make another six movies with the actor.
A day after his first death anniversary, she was in tears as she unveiled the legendary actor's brass statue at the UTV Stars' Walk of the Stars in Mumbai on December 4.
Waheeda shares some of her memories of the man they called the 'evergreen' hero.
What memories do you have of Dev Anand?
One thing I noticed about Devsaab was that he was modern yet simple at heart. He used to live life for himself and never looked at the past.
He had no stylish cars or huge birthday bashes and no show-offing. Despite all his fame and money, he stuck to his Fiat car for a very long time, and used to drive it himself.
Tags: Waheeda Rehman , UTV Stars , Devsaab , Stars in Mumbai

'He felt comfortable when his co-stars called him Dev' 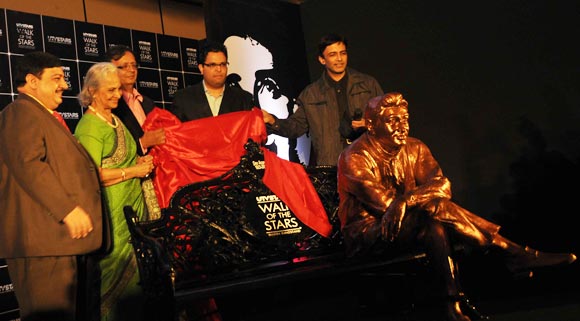 What do you have to say about unveiling his statue?
I made my acting debut with Devsaab. Then I did six more films with him. He was extremely passionate about his work and we shared a wonderful working relationship.
While he will always be remembered for his wonderful movies, a tribute such as this will immortalise Devsaab forever. And I am more than happy to have the privilege of unveiling his statue.
Can you recollect your first meeting with Dev Anand?
When I first met him, out of respect I called him Devsaab, but he said, 'you will only call me Dev.'
I couldn't bring myself to call him by his first name--that wasn't my upbringing. So the next day I called him Anandji. He looked around as though he didn't know who I was addressing!
I had to finally call him Dev. He said he felt comfortable when his co-stars called him Dev.
Tags: Devsaab , Anandji

'I was a big fan of Dev Anand and Madhubala' 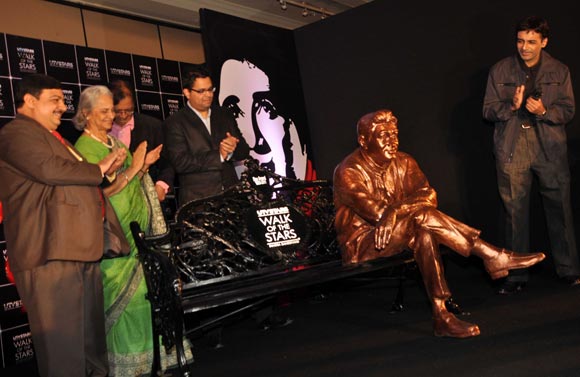 How was it working with him?
He was very co-operative and never made me feel like a newcomer on the sets of my first film, C.I.D.
I was a big fan of Dev Anand and Madhubala. So can you imagine my excitement and nervousness at doing a film with him?
He told me to relax and focus on what I had to do. I used to speak very softy because I was shy. After the first shot, he said 'good' and the next shot 'very good', to make me comfortable.
Then, after the second or third shot, he came up to me and said, 'can you speak a bit louder because the sound recordist is complaining that he cannot hear you'.
Tags: Madhubala 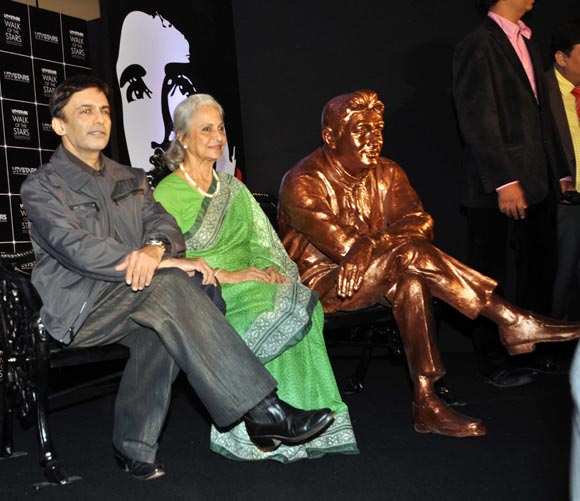 What was that one thing that Devsaab really liked about you?
I think he liked me for who I am.
Once he said, after the Hindi and English version of Guide that he chose me for the film because he knew that I had lots of patience.
You have declined TV shows and many commercials. What kind of role excites you now?
It is difficult to say, but something challenging and that contributes to the movie. As an actor there is an urge to act only if something really interesting comes my way.
Tags: Devsaab

'I am in touch with my friends over the phone and now I meet Nanda, Helen, Asha Parekh quite often' 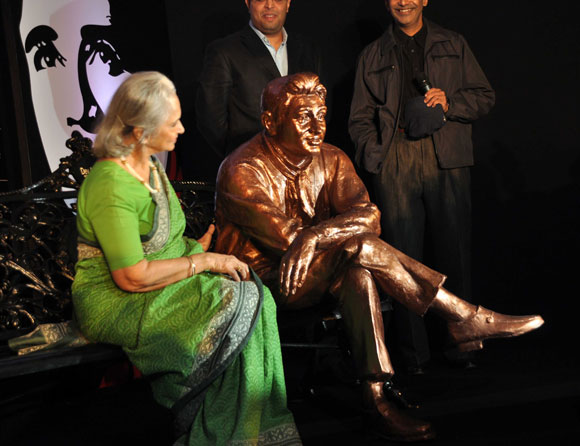 Do you miss Mumbai?
I make myself comfortable where my family is. I like Bangalore because the climate is very good. I like it more because of lots of trees around.
Of course, I did miss my friends. I am in touch with my friends over the phone and now I meet Nanda, Helen, Asha Parekh and Sadhna quite often. We go out for lunch or visit each other's houses.
Salim (writer Salim Khan) and Helen have screenings for all the movies they can and all of us watch them together.
Tags: Asha Parekh , Nanda , Mumbai , Bangalore , Sadhna 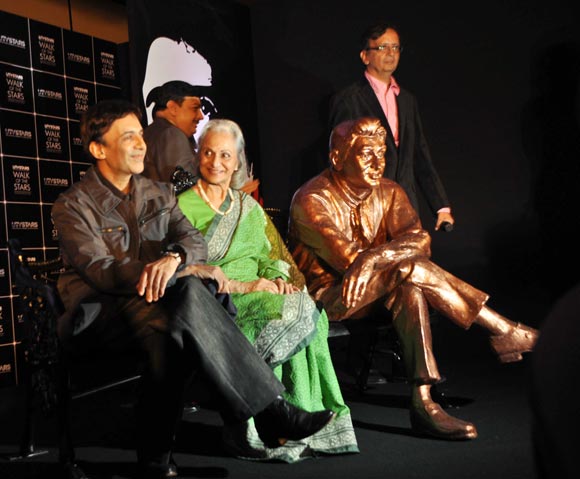 Recently you said in an interview that among the current lot of actors, Vidya Balan has the guts to do different kinds of roles. Is she the new age Waheeda Rehman?
You cannot compare two people. I experimented with roles in films such as Guide, Mujhe Jeene Do and Teesri Kasam. It was not a boy-meets-girl kind of love story.
I never stopped doing difficult roles. Vidya also chooses her subject very well. She is not bothered about the make-up; she barely had any make-up in Ishqiya and I think even in Kahaani.
At that time, I had the guts to do Guide. Many people told me not to do it because it was a vamp's role. I wanted to take a chance and Vidya is doing that now.
Tags: Vidya Balan , Waheeda Rehman , Teesri Kasam , Kahaani , Ishqiya
More