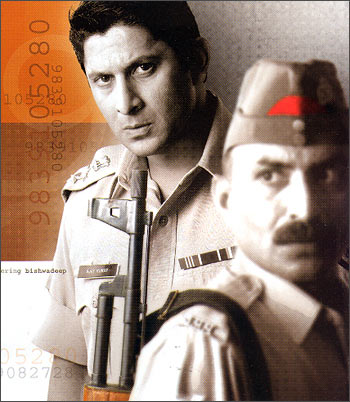 Image: A scene from Sehar

It's almost a rite of passage. Every Bollywood hero ends up playing a cop at some time or the other, and this week's release Aage Se Right sees Shreyas Talpade donning the police uniform.

This gritty cop drama from director Kabeer Kaushik features Arshad Warsi as an IPS officer posted in Lucknow. Warsi delivers a stellar performance and the film is one of the better police portrayals in recent cinema. 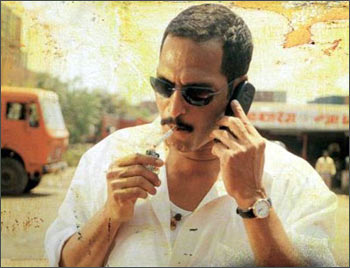 Long before he grappled with hockey sticks, director Shimit Amin gave us this sensational drama about a cop who happens to be an encounter specialist. The film is based on facts, and Nana Patekar nails the role. 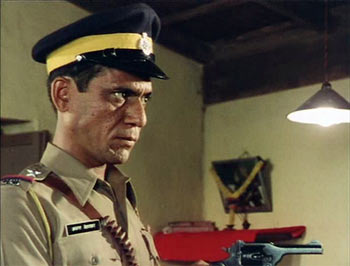 Image: A scene from Ardh Satya

Govind Nihalani's drama about the life and times of a policeman, played by Om Puri, is a milestone in Indian cinema. Puri is at his best, and the great film also stars Smita Patil and Sadashiv Amrapurkar. 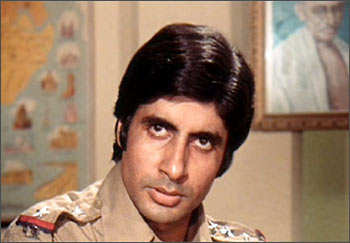 Image: A scene from Zanjeer

The film that defined Amitabh Bachchan's 'angry young man' image saw him as a tough cop, entirely beyond reproach. He wears the police uniform with pride, and his scuffle with Pran is the stuff of cinematic legend. 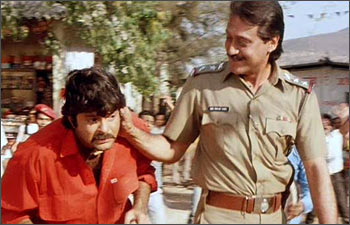 Image: A scene from Ram Lakhan

Subhash Ghai's finest film strikes a wonderful balance of all commercial elements, and makes this list because heroes Anil Kapoor and Jackie Shroff both play cops, one corrupt and one clean. Cop drama is rarely this fun. 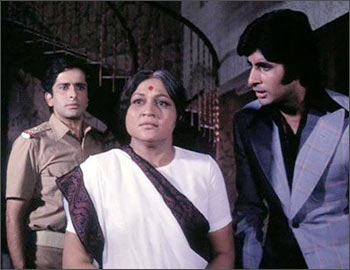 Image: A scene from Deewaar

The Yash Chopra classic stars Amitabh Bachchan rising up the ranks of gangland notoriety. But Shashi Kapoor plays a policeman, one who really, memorably, wants his brother to conform, to just sign on the dotted line. 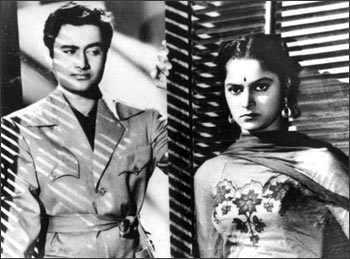 Image: A scene from CID 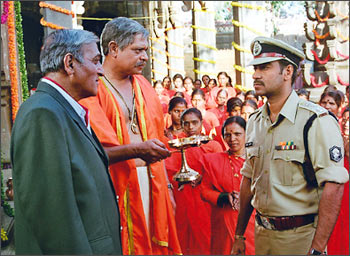 Image: A scene from Gangaajal

Director Prakash Jha's 2003 drama features Ajay Devgan as SP Amit Kumar, posted in Bihar and having to deal with crime and corruption at every level, including in his own police ranks. 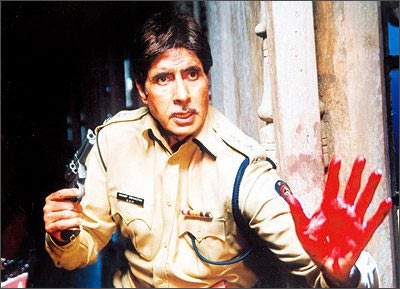 Image: A scene from Khakee

Amitabh Bachchan, Akshay Kumar and Tusshar Kapoor all play cops -- while Devgan plays a cop gone bad -- in this Raj Kumar Santoshi thriller, its twisty plot working effectively as the story manages to grip you. 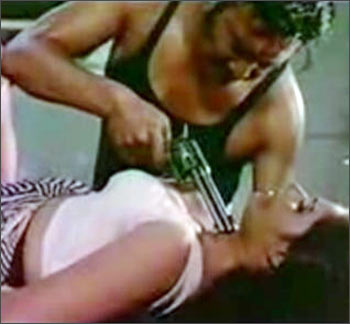 Image: A scene from Andar Bahar

Raj Sippy's remake of Walter Hill's 48 Hrs casts Jackie Shroff and Anil Kapoor in the Nick Nolte and Eddie Murphy roles, and the camaraderie the lead actors shared ensures this film is one of the funnest Hindi cop movies ever.