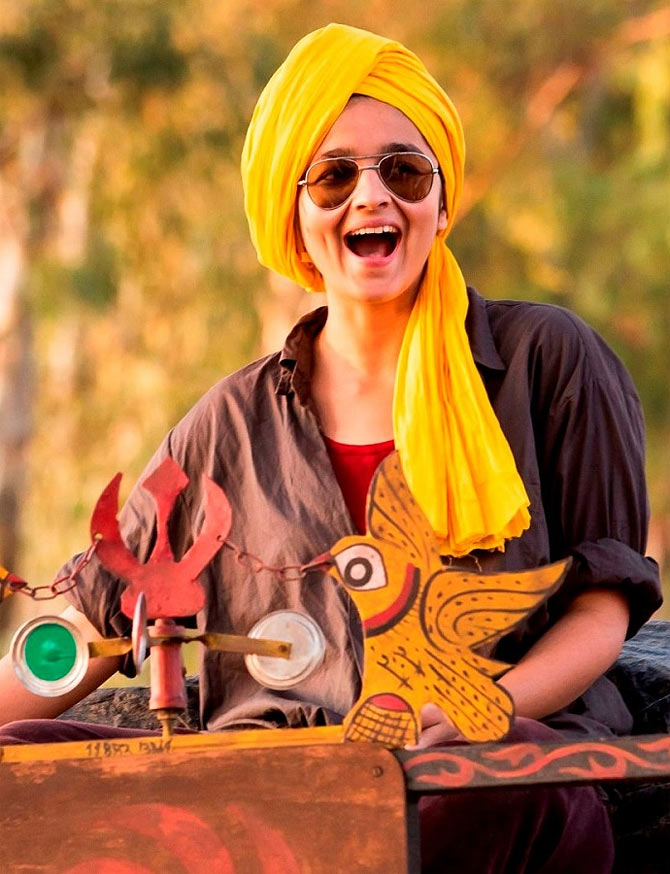 Alia Bhatt may have gotten a low score on Karan Johar’s GK test on Koffee With Karan, but her movie choices look very intelligent. After the blockbuster Student Of The Year, Alia will be seen in Imtiaz Ali’s beautiful Highway.

Unlike her glamorous character in her first film Student Of The Year, Alia Bhatt plays an unglamorous girl in her second film, Highway.

The road film -- directed by Rockstar director Imtiaz Ali -- sees her travel across six states, sleep under a tree and eat food sitting on the road.

She will also sing for the first time -- Sooha Saha is a slow soothing song in the film.

Alia talks to Patcy N about the adventures she had while making Highway.

This is just your second film and you are doing such a unglamorous role.

How do you say ‘no’ to an Imtiaz film?

I don’t want to calculate all this, the more I calculate the worse my life will get.

I am not very intelligent, it is just that my heart went out to the script.

'I am very close to Parineeti' 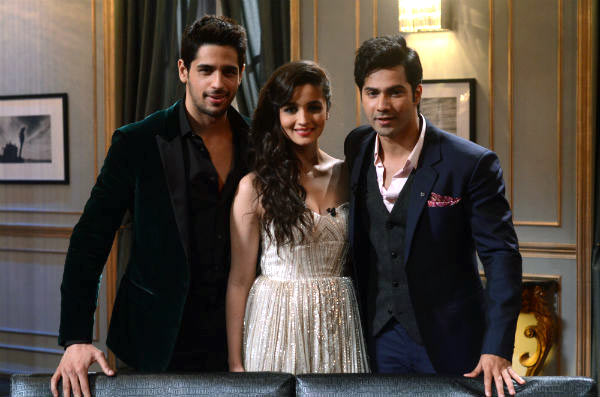 In the TV show Koffee With Karan, you said that Parineeti Chopra makes you insecure…

That is not negative. I am very close to Parineeti. I have spoken to her on the phone so she knows exactly what I meant.

I consider her fabulous. I am fond of her. I don’t think being insecure is a bad thing. People look on it at as a negative thing, but I think it makes you work harder.

'I really pushed myself physically for the film' 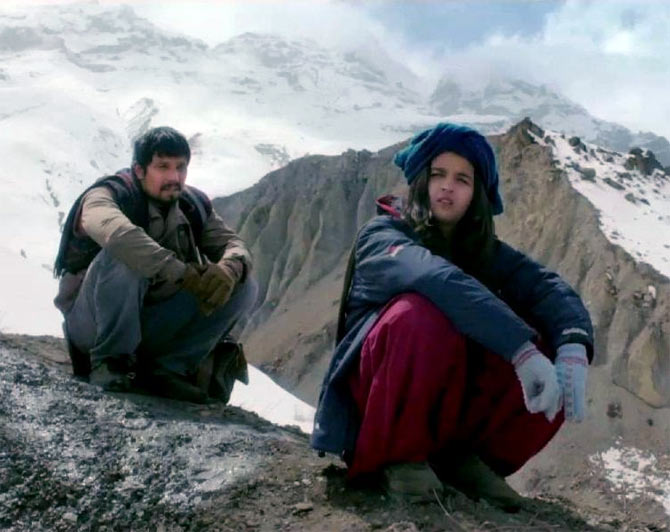 What was your reaction when you first read the script of Highway?

Imtiaz came to my house and gave me the script and I read it the same night.

I was very happy. I dreamt about the film.

The next morning I called him up and told him I am doing it.

What challenges did you face during the making of the film?

I wouldn’t call them challenges; there was a lot of physical exertion.

Mentally, you know you can stretch yourself to a point, but physically you don’t consider yourself very strong.

There were times when I really pushed myself physically. But I was very happy about that situation.

I travelled to Delhi, Punjab, Rajasthan, Himachal Pradesh, Kashmir. I slept under a tree, I ate on the road, I spoke to local women... 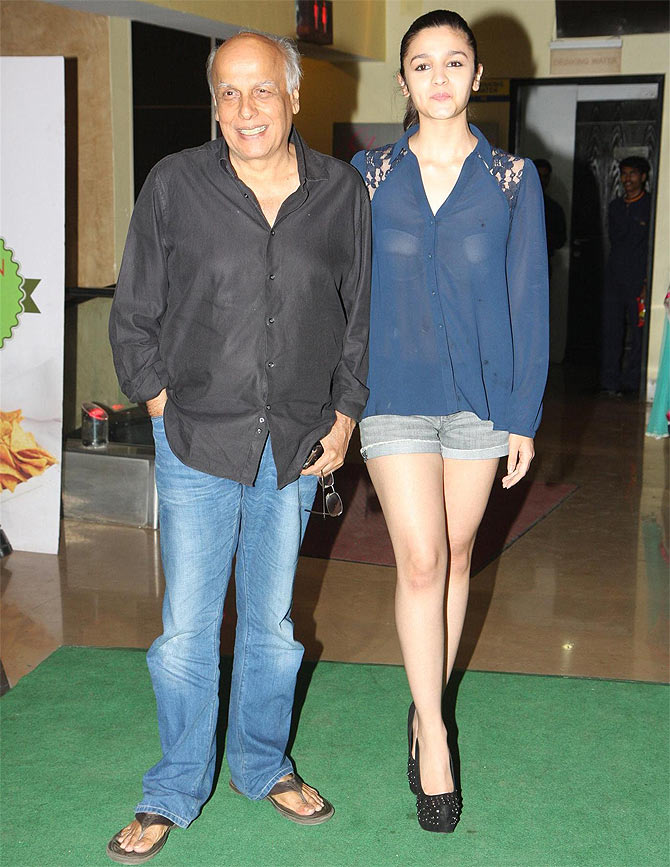 What did your father Mahesh Bhatt have to say about you doing this film?

My father was very happy. When we spoke he would know I am tired and he would say, ‘Yeh! That’s the way’.

My voice would be sore and croaking and he would say, ‘You are sounding good’. I think he was more than happy that I was exhausted and dying!

Will he ever direct you?

I want him to direct me but he is not going to do it. He said that he is an extinct volcano.

Which is your favourite Mahesh Bhatt film? 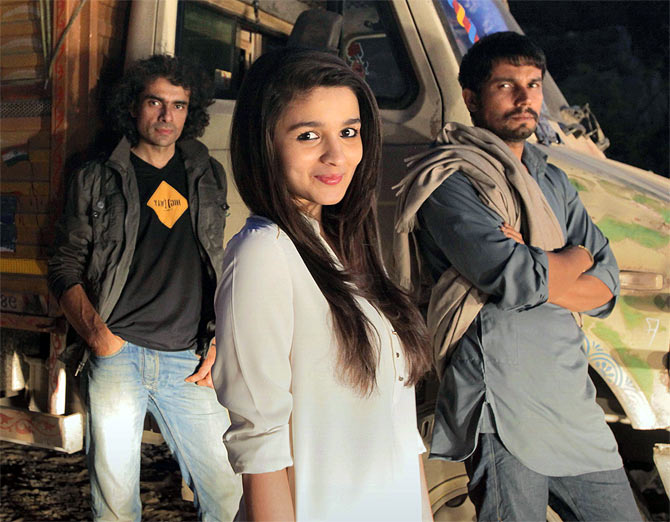 The idea came into Imtiaz’s mind while shooting the film. Honestly, I never thought it was possible, but it did happen.

I would never say no to an idea like this. I would go for it. If I failed, I would sit and cry.

Would you like to sing in all your films?

I don’t think that is possible, but I am going to take Rahman sir’s advice and learn how to play the piano. Let’s see where that takes me.

Did you get any special tips from A R Rahman?

Everything was a tip. I was having trouble sustaining my breath because I am not used to singing.

I had a problem singing in time with the music, so I would request Rahman sir to please switch off the music and he agreed. 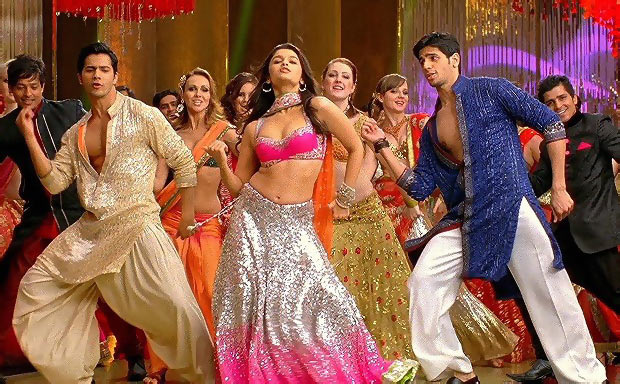 Image: Varun Dhawan, Alia Bhatt and Siddharth Malhotra in Student Of The Year

Do you think Student of the Year was easier? You played a very glamorous role.

Even that was hard for me because I didn’t know how to walk in heels and how to wear make-up. I didn’t understand clothes.

But you challenge yourself with every film.

I don’t agree that you have to go de-glam and grungy to give a good performance. Comedy is as difficult. 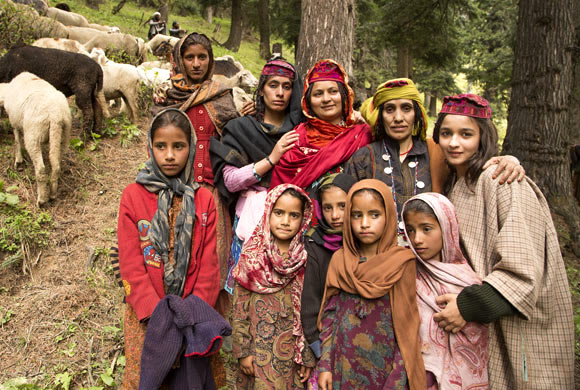 What are the prospects of Highway at the box office?

I don’t think like that. A good film will always do well regardless of whether it is masala or arty.

Last year Shahid did very well. Even a film like BA Pass did well.

I think the industry is changing. Word of mouth is so strong that the audience comes to watch a film even after two or three weeks.

Each film is a gamble. Being just one film old, I would not get a big opening or a weekend, but if it’s a really good film and the audience can relate to it, they will watch it.

Two States is releasing on April 18. I play a Tamilian Brahmin girl in it. It is based on Chetan Bhagat’s book of the same name, with Arjun Kapoor.

In Humpty Sharma Ki Dulhania, I am playing a Punjabi girl. It’s a contrasting role.