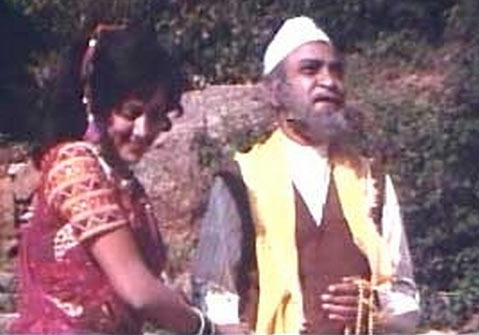 Image: Hema Malini and A K Hangal in Sholay
Sukanya Verma in Mumbai

Character actors are like nails and bolt without whose support a film would fall apart. Their roles might not be as lengthy or high-profile as the leading players but these are the characters that provide layers or gravitas to a script.

For the past 45 years, Avtar Kishan Hangal contributed to Hindi films with warmth, conviction and experienced demeanour as a fatherly/grandfatherly figure making him a recognized, reliable face of virtue.

Before films, the Peshawar-born Kashmiri Pandit (February 1, 1917) was actively involved in the fight for India's freedom while making his living as a tailor. Following the partition, however, he decided to shift to Mumbai (then Bombay) where he joined the Leftist theatre group, Indian People's Theatre Association (IPTA) and bonded with like-minded luminaries like Kaifi Azmi and Balraj Sahni over art and Marxism.

Around late sixties, he signed on to play a bit part in filmmaker Basu Bhattacharya's Teesri Kasam but it was his delivery as Saira Banu's whimsical father in I S Johar's frothy romance Shagird, that got the ball truly rolling.  Although his cinematic career started only when he hit 50s, the Padma Bhushan recipient went on to work in more than 150 odd titles.

The actor who passed away on August 26 was 98 years old. Here's remembering the mild-mannered nonagenarian and some of his most memorable works.

Despite its elaborate cast, Ramesh Sippy's beloved classic boasts of unforgettable moments featuring everybody from Samba to Soorma Bhopali.

A K Hangal's benevolent, blind Imam Saheb enjoys his share of the glory uttering one of its many iconic lines, 'Itna sannata kyun hai, bhai?' during a heartbreaking scene wherein he learns about the brutal murder of his only son (Sachin as Ahmed) by Gabbar Singh. 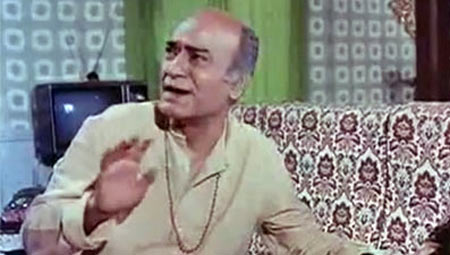 Image: A K Hangal in Abhimaan

And Hangal contributes with his genial, good-humoured counsel as the latter's father and an authority on classical music. 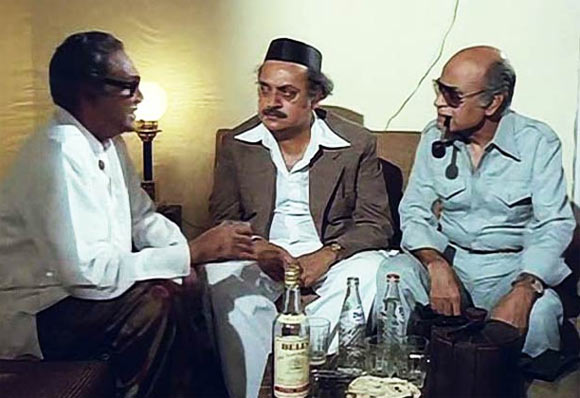 Proving nice can be naughty too; Hangal plays one of the most adventurous roles of his career in Basu Chaterjee's rip-roaring Shaukeen.

It's hard to imagine one of Hindi cinema's most dignified actors playing a lustful, bumbling widower alongside Ashok Kumar and Utpal Dutt to win the affections of a pretty young thing.

But to Hangal's credit he makes this transformation most natural and fun. 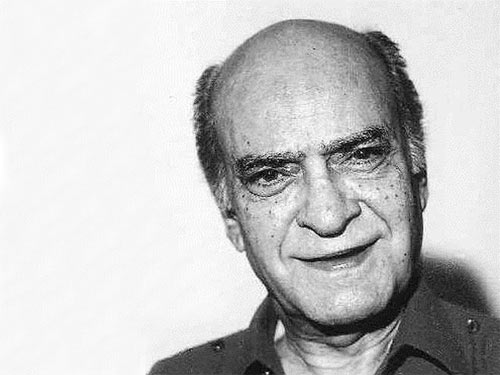 Image: A K Hangal in Avtaar

Hangal's visible goodness and easygoing persona makes the viewer instantly sympathetic towards him.

Even more so when he's projecting a helpless senior citizen at the mercy of his indifferent son and insolent daughter-in-law in the Rajesh Khanna-led melodrama, Avtaar.

But what makes this one special is that he eventually takes charge of his life with some inspiring intervention from Khanna in the titular role. 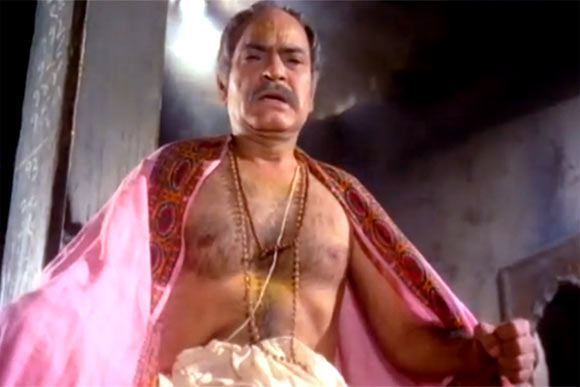 Image: A K Hangal in Aaina

K Balachander's remake of his own Arangetram, is predominantly a Mumtaz vehicle, about a young woman taking to prostitution in order to support her family.

Her actions lead to conflicts with her conservative family especially short-tempered, doctrinal father played by Hangal. It is one of the rare occasions when the actor portrays a decidedly unpleasant character. 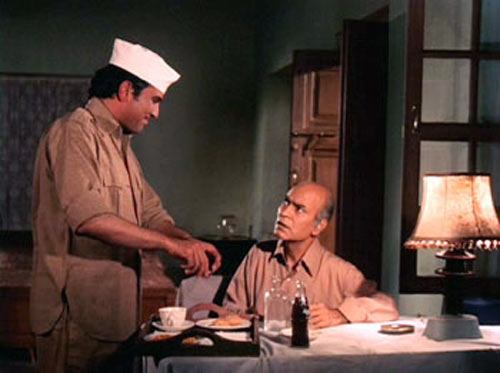 Image: Rajesh Khanna and A K Hangal in Bawarchi

Hangal shines in yet another feel-good Hrishikesh Mukerjee treat high on Rajesh Khanna's charms in and as Bawarchi.

This time around the actor plays an underachieving clerk taking a break from his professional frustrations and nagging joint family by gulping down a bottle of cheap liquor every night. Until Kaka shows up and offers him a course in the art of living. 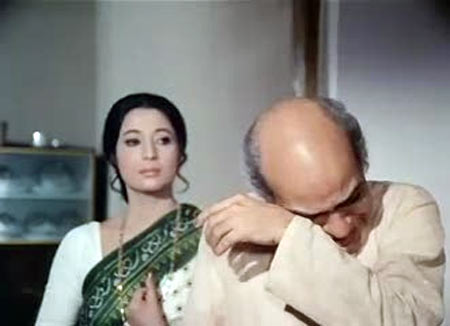 Image: A K Hangal and Suchitra Sen in Aandhi

In Gulzar's critically-acclaimed Aandhi featuring Sanjeev Kumar and Suchitra Sen about an estranged married couple, Hangal's sentimental, nostalgic character brings out the vulnerable side of its principal protagonists.

As the domestic help Brinda Kaka, he's particularly touching in the scene where he presents Sen with her favourite kheer. 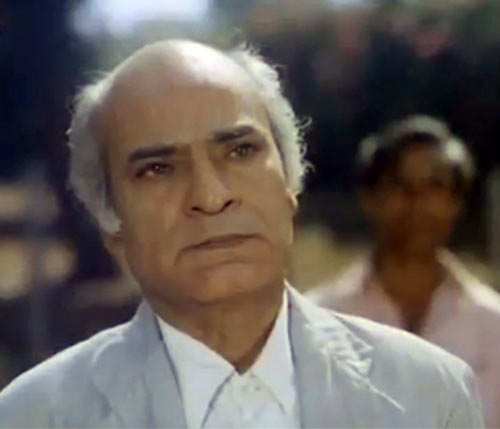 So convincing is Hangal as the conscientious trade union leader in Hrishida's poignant tale of friendship caught in the middle of class barriers that he was stopped by a Mumbai cop once to inquire on how to set up such a organisation. 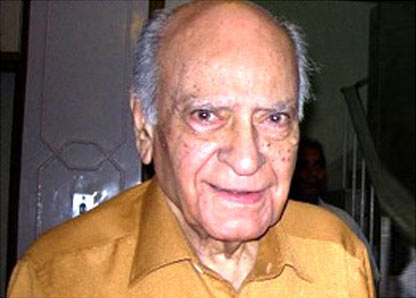 Image: A K Hangal in Arjun

As the submissive father of a defiant Sunny Deol constantly badgered by his discourteous second wife, Hangal conveys the powerless, defeated tone of his patriarch with quiet restraint in Rahul Rawail's intense action drama. Image: A K Hangal in Lagaan

Although it's a rather brief role, watching Hangal play Shambhu Kaka, well-meaning and oldest inhabitant of a drought-struck village enhances the credibility of director Ashutosh Gowarikar's Oscar-nominated Lagaan.

Moreover, his determination to finish the shoot -- I'll die with my boots on -- even after a nasty fall keenly resonates in the spirit of Lagaan.