Sukanya Verma reviews Once Upon A Time In Mumbai Dobaara 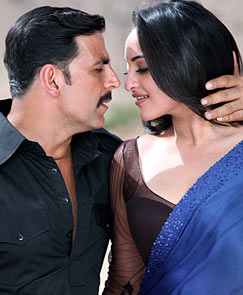 Milan Luthria's Once Upon A Time In Mumbai Dobaara is a complete drag, unintentionally comical and painfully verbose unlike the prequel which hit quite a few right notes, notes Sukanya Verma

It all starts twelve years later when two teenagers who look nothing like Imran Khan and Pitobash Tripathy grow up to be just them. It's the 1980s, you see, a period when it was perfectly normal to be born as Baby Guddu and grow up to become Rishi Kapoor (Nagina, anyone?).

So if the intention is to recreate to the improbable sensibilities of that superficial space, Milan Luthria's Once Upon A Time In Mumbai Dobaara is appropriately iffy. It's also a complete drag, unintentionally comical and painfully verbose unlike the prequel which hit quite a few right notes with its slick take on the anti-hero against the half-hearted immorality of the 1970s.

Rivalry makes way for romance in the follow-up but for a film set against the mafia, the predominant action is the yak yak coming out of Akshay Kumar's mouth. Though the actor, saddled with an absurd script against a gaudy set in a jaded love triangle, is a treat though conveying an extravagant personality and remorseless menace as the underworld kingpin, Shoaib.

As the ultra glamorous style bhai in over-sized glasses and pointed collars/retro suits, AK smokes incessantly to the point the cautionary sign begins to seem like a permanent watermark against Ayananaka Bose's bright but banal looking frames.

Unfortunately, despite's AK's glossy and gritty efforts to hold this 160 minutes of predictability, there's a spent vibe to OUATIMD. That 'designed for wolf-whistles' tone of Rajat Aroraa's dialoguebaazi tries too hard. The exchange, on many occasions, feels stilted and stuffy. Nobody talks in this film. Every one states. (No wonder one of the most impressive moments in the film is when Akshay simply walks in and out of a police station without anybody noticing.)

It doesn't help that the only other agenda of OUATIMD besides Akshay Kumar and his book of quotations is a romance triangle involving his subordinate (Imran Khan) and an aspiring actress (Sonakshi Sinha).

What primarily worked in the first one is the challenge and conflict Emraan Hashmi's defiant personality provided to Ajay Devgn's supremacy.

But the sorely miscast Imran Khan fumbles in a role, which neither builds him up as a resilient Romeo nor showcases his spirit as a daring David up against the proverbial Goliath. For a seemingly significant member of an international criminal's gang, he's shown spending way too much time safeguarding his friend's romantic life. No amount of facial hair can wipe off the vanilla in Imran's essence.

As for his chemistry with Sonakshi, the less said the better. Not because it's that bad but because there isn't any. In comparison, the comfort level between her and AK (her co-star of Rowdy Rathore, Joker) provides some amusement.

What doesn't is her moronic logic of rejecting someone because he's a criminal and embracing another criminal to rescue her from the first one or that never-never-ending sequence in the hospital. It's disappointing to see her squander in Luthria's silly cash-in sequel so quickly after one of her best works (Lootera).

When not seeped in implausibilities (and by that I don't just mean Imran Khan single-handedly taking on a man the size of two Rami Reddys), Luthria's OUATIMD is a crammed fare that wastes the lovely Sonali Bendre in a three-scenes role till it reaches its flat climax.

In one scene, a character remarks how courage doesn't need legs to move ahead. Perhaps. But for a movie to get anywhere it needs to have more substance than the vacuous cigarette smoke coming out of Akshay Kumar's mouth. 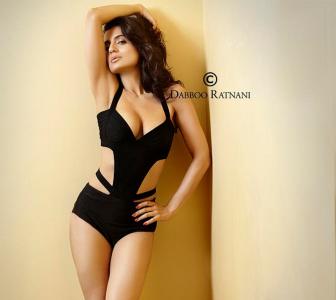 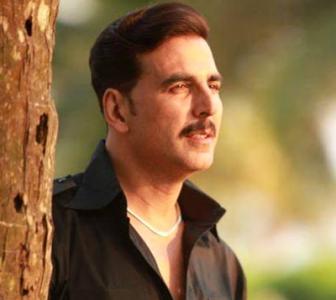 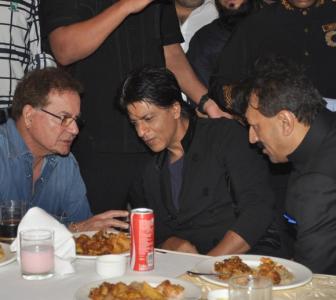 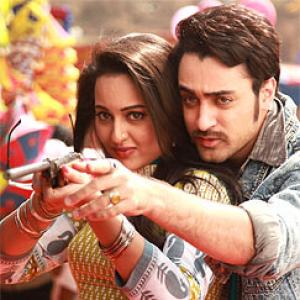 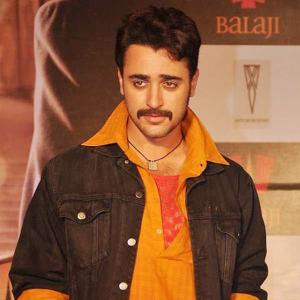 Imran Khan: Happy to be compared to a talented person like Ranbir