Yuvan not at his best in Boss (E) Baskaran 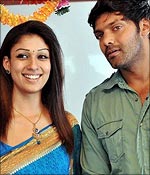 A product of Vasan Visual Ventures, Boss (Engira) Baskaran marks the return of Rajesh (of Siva Manasula Sakthi fame) to the spotlight as the director with Arya and Nayantara in the lead. Yuvan Shankar Raja has set the tunes, with Na Muthukumar pitching in with the lyrics. Here's a listen:

A catchy beat, a sharp cry of "Boss!" that echoes in your ear, and Satyan kicks off with a enthusiastic rendering of Ada Boss Boss: a hero-centric song. The lyrics are an imitation of a hundred others that you've heard about carefree lives, song, dance, playing cricket, drinking tea at tea-stalls and riling up Obama. Accompanied by snatches of classical music, the song continues in a mandatory template usually followed by such numbers. The classical violin interlude does come as a surprise, but then it segues into a rather lack-lustre charanam. A run of the mill number.

Vijay Prakash gives an energetic rendering of Iyley Iyley, a romantic number. The beat is strong and catchy, but for all that, the song never really scrapes beyond the first layer of emotion. The second charanam suddenly goes off from romance to all the shows of familial affection, before switching back to find kisses. Even as the song comes to an end, you're left with the faint feeling of dissatisfaction.

Vijay Yesudass's Mama Mama (the first line apes the Rajni song Mama Un Ponna Kudu)leads to classical nadaswaram and then it's back to filmi formula. The melody follows one that's been staple of kuthu songs, and though it has a familiar grace to it, it seems like a rehash of all the folk tunes you've heard ever since Karagattakaran. The female chorus in the second interlude is the only point when you find some touches of trademark Yuvan, and then its back to Swetha's accompaniment, and mandatory proclamations of love and fidelity.

There doesn't seem to be anything that even remotely resembles Karthik's voice when he sings Thathi Thaavum Paper Naan until you realize just who he sounds like: Yuvan himself. There's a vaguely Broadway-esque tone to the music and that sounds pretty appealing.

It looks like the Paiyya hangover persists: Yaar Intha Penthaan, sung by Haricharan, begins so remarkably like Thuli Thuli. Faintly Irish tunes sound pretty appealing (even if they do bring a sense of deje vu); the charanam meanders a bit, as though Yuvan wasn't really sure where he wanted it to go, and then decided to stick to a safe, middle path. The beginning and ending are the listen-worthy parts.

It doesn't look like Yuvan Shankar Raja set out to do his best here. Perhaps the picturization will add some depth to the songs themselves. 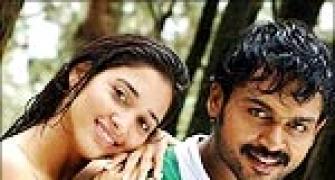 Paiyya is not one of Yuvan Shankar Raja's best 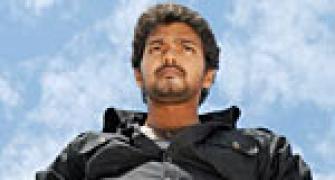 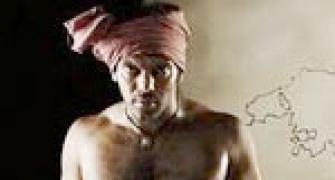 Kudos to Prakash for Madharaspattinam 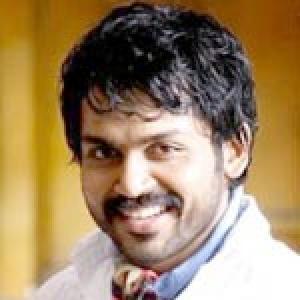 Naan Mahaan Alla's music is worth a listen 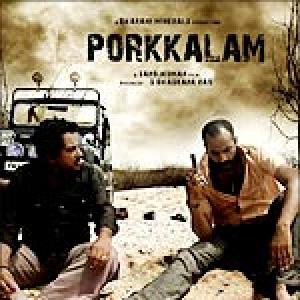 Porkkalam is worth a listen