When we can’t stand something a certain way, we’re instinctively prone to wishing it were the other way around, the opposite.

This, naturally, is a huge fallacy, since the opposite is hardly ever what we truly mean. When we watch a Hindi film, for example, where the songs get in the way of the narrative and make the film longer than it should be, what we long for is a film where there are no songs, or one where the songs are truly a part of the storytelling.

But that isn’t the opposite, no.

The exact opposite of a film where a great narrative is disrupted by songs is, then, a film where perfectly good song-and-dance sequences find themselves hampered by a tedious narrative. And that admittedly odd description should be on the poster for Yeh Jawaani Hai Deewani.

For this is a very good-looking film. It is a film with almost exclusively pretty people, each primped up and glossed and shot at their most flattering, and every time Pritam’s songs burst through the speakers, Ayan Mukerji’s film gallops into gear like the run-rate when the bowler has a towel tucked into his pants.

There’s a zingy energy to the uptempo proceedings, the lead actors are at their most electrifying, and the sheer, heady enthusiasm is deliriously grand. Even the greatest heroine in all the land merrily shakes her caboose. It’s huge fun.

When the songs aren’t playing, however, this is a daftly childish film, one where most actors act half their age and the narrative stumbles forward inanely and gracelessly.

What should have been a breeze turns into a pained plod, and while things still look all glossy, the songless part of the movie -- the story, we dare say? -- remains dismally predictable and awfully contrived, eventually becoming quite a bore. (Throw back the towel, say I; here is indeed need for a fix.)

Three chums from school (along with the class geek) hit the hills for a trek, and have the kind of riotously slapstick time that they do in the movies.

So farce so good, and while Kalki Koechlin, Aditya Roy Kapoor and Ranbir Kapoor gamely put on their underage faces and walk the walk, things are made more than bearable by Deepika Padukone earnestly playing the shy wallflower, on the outside looking in.

The film feels like her story, and the actress is refreshingly assured and blessedly restrained in the part. Enough to make us root for her.

And then, conveniently around the point of intermission, she whips off her glasses defiantly (as all movie geeks must do, to proclaim their newfound, myopia-beating wings) and becomes one of the gang.

Which is all cheery enough except the story now becomes that of the boy. And truth be told, he isn’t worth talking about.

The hero, Bunny, likes to travel. His dreams are exploratory, dreams of soaring and falling and discovering, and he’s heading effortlessly towards his fantasy.

He’s cracked the code but left everyone behind in the process -- a fact nobody ever lets him forget, his dearest friends hitting him with guilt-trips and sighs instead of congratulatory high-fives the moment they learn of his awesome scholarship. And so this film becomes about Bunny being made to feel worse and worse for getting what he wants.

There is no conflict, you see.

Bunny has the passport-scorching job, the life, the girls. He has parents that support him unquestionably, and friends who think the world of him. How then is a filmmaker supposed to make things weepy when the second-half of the film is set at a massively opulent Indian wedding, a backdrop made for kerchiefs and melodrama?

Problems, therefore, are engineered: but despite the swelling background music, it’s all most trivial.

The girl, after discovering her cool side, is now always found by herself, feet frequently dipped into moonlit water.

She has evidently been waiting helplessly, and no matter how much of a boor the boy turns into -- one scene in particular has him being inexcusably horrid to one of her friends -- she’s willing to wait, incredulous and hopeful. Tsk.

There are a couple of nice touches, but it needed more than a few stray smiles to save the catastrophically doomed second half, mired in boring convenience and poor plotting.

The cast tries valiantly but, stuck in their one-note characters, they can’t do much.

This is the kind of film where a girl at her desk has her hair tousled by a wind-machine, and where Manali shacks look Amster-damn good, but despite glitzy unreality being the order of the day, seasoned character actors thankfully don’t seem to have been given the memo: Farooque Sheikh, Kunal Roy Kapoor and Dolly Ahluwalia are top-notch.

Heck, Ahluwalia -- who is inexplicably absent later in the film -- could have livened up the second half all by herself. She’s magnificent merely saying the word “wild”, with utter derision, as she talks of a girl in hotpants.

Kalki’s at her shrillest and smiliest, while Aditya broods from behind a beard. They’re both good but unremarkable, as is Ranbir, except when showcasing his admittedly spectacular dancing abilities.

By now he can play a rake in his sleep, and delivers some lines -- like one where he calls the girl “vulgar” -- with immaculate timing, but he’s strictly average here.

Deepika, on the other hand, plays it beautifully. She acts within herself and eschews exaggeration, and the results are impressive.

Her Naina is intelligent and eager, impulsive yet tentative, and, while mostly timid, also a girl who can whack a ladder with gusto.

This may be her most self-aware performance so far, and here’s to more of the same.

Now if only they’d have left out the story. Coulda been a helluva great Superhit Muqabla, this. For youth is wasted on the unsung.

Get notified as soon as our Movie Reviews are out!
Raja Sen in Mumbai
Related News: Ayan Mukerjirsquo, Ranbir Kapoor, Kalki Koechlin, Pritamrsquo, Coulda
SHARE THIS STORYCOMMENT
Print this article 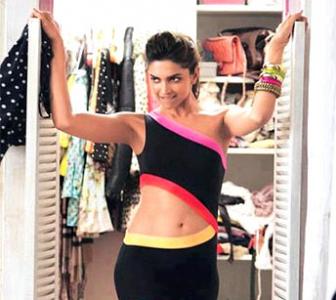 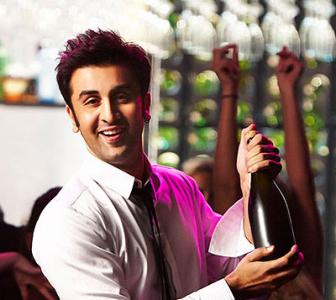 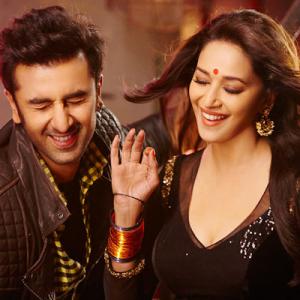 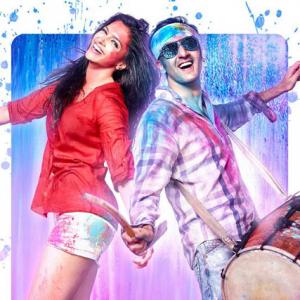