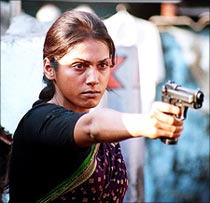 Sukanya Verma feels Shabri falls in the same genre as Satya and Company but not in the same league. Post YOUR reviews here!

Somewhere in a suburban coffee shop, a bunch of college kids engage in a dreary banter wherein every single sentence ends with a 'ya.' The amateurish prattle is, thank heavens, cut short after a body is tossed out of an adjacent building, landing right into this group.

Cut to a shabby, sari-clad protagonist with a story to tell. The camera rests on her unfeeling, unapologetic expression before letting
us into Shabri's unplanned transition, from a cereal-grinding lady to serial lady killer.

'Ek baar zindagi jeena chahti thi. Marne se pehle...' Produced by Ram Gopal Varma, this long-delayed slice of criminal life directed by debutant Lalit Marathe falls in the same genre as Satya or Company but doesn't possess the technical pizzazz or sly narrative of these afore-mentioned landmarks. Instead it wears the appearance of a sincere television film that relies predominantly on inspiration to take the story forward.

Marathe lends the proceedings a desaturated, underexposed tone to underline the bleak mood and stark personality of its lead
protagonist. It's a clever touch (by cinematographer Amit Roy), given the budget constraints, to generate an aura of restraint and realism. Too bad the background score by Raju Singh doesn't take cue and swings between bombastic filmi sounds to eerie leftover tunes from Varma's oeuvre of horror.

Speaking of which, Shabri, set in slums and Mumbai's dark belly, isn't without its share of gore. Take your pick between a gruesome
ear-cutting sequence or the third-degree torture of a minor in a lock-up, this one is as nasty as it gets.

It all starts after her brother (Vijay Kadechkar) is bumped off by a corrupt cop; Shabri (Eesha Kopikkar) with the aid of a second-rung
gangster, Murad (newcomer Raj Arjun) goes on a vengeance spree. The latter then wipes out Rajdhar (Pradeep Rawat aka Ghajini), a dangerous don's kid brother, leading to double trouble. Gradually, Shabri's single-minded agenda is to kill Rajdhar.

Crime capers are like slasher flicks. Pretty much everyone dies; how macabre and suspenseful will this end be is what makes all the difference. Shabri is never able to draw enough drama or dread.

For one, the emotional inconsistency among characters and motives leaves a lot to be perplexed about. There's much ambiguity around Murad and his sympathetic attitude towards Shabri's brother or her. Too much is implied but never convincingly established resulting in unintended amusing moments like when Shabri, only hours after her brother was brutally killed, asks Murad if he's still interested in her and his response is they've abducted her father.

Another clumsy scene involves Rajdhar sobbing about his brother's demise and his personal struggle before he found success as a henchman. It's probably a ploy to establish his vulnerability but much too phony to make sense.  It's nice when things aren't overtly spelled out but to altogether do away with subtext makes for a hollow characterization.

The dialogues, too, mirror this very discrepancy in the script shifting between pedestrian (Dhaap mat) to filmi (Khuda banna chahta
hai).

Yet Eesha's passive, distant demeanour and coldly delivered lines sync perfectly with the brooding intensity and quiet suffering she conveys. I've always thought of Eesha as a beautiful face with average skills. Here, she's nothing like my perception. A plain-looking Eesha shines in an underwritten part proving there's more to her than offered.

Everyone in the supporting cast with the exception of Zakir Hussain, that is -- he comes in the second half and slows down the momentum with his manufactured performance and feigned eccentricity -- rises to the occasion and makes Shabri, despite its many flaws, watchable if not memorable. 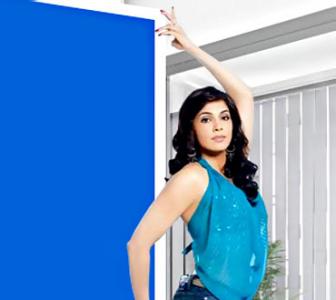 Eesha: I have faced sexual harassment 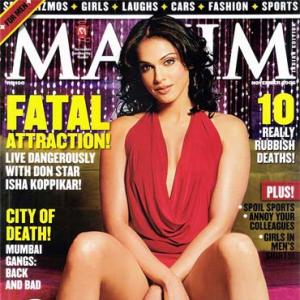 Eesha Koppikar: I am pregnant with Shabri