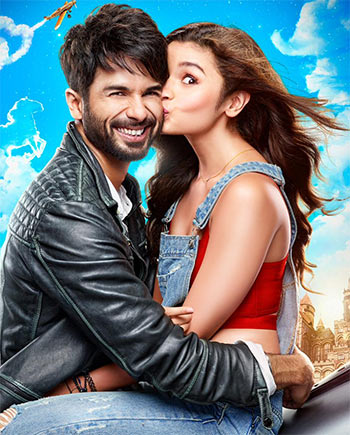 There is such a thing as too much sugar, says Raja Sen

The very idea of cinema as confection is a fine one, for we could all occasionally use a soothing lozenge as an opiate, and some films are meant to shine with candied gloss and a whole lot of far-too-bright frosting.

Shaandaar is director Vikas Bahl’s attempt at harmless, meaningless, utterly frothy cinema, more toffee-making than filmmaking, and he gets a great cast in place and polishes them up with rags made of thousand-rupee notes.

This is a movie about bling more than it is a movie about characters or story, and while glamour in itself is a perfectly pleasurable ideal, there isn’t much here besides the shine. It’s an old-school Disney-esque film but sadly without the wit and -- as is more critical when it comes to candy manufacture -- the consistency.

Shaandaar begins with some decent animation telling us the tale of an adorable insomniac orphan who fantasises about ways to kill off an evil grandmother, and so far so fun

There’s something quite quirky about a princess waiting for a prince who can put her to sleep -- even without the obvious menace that line implies. This, as said, isn’t a film with darkness.

Unfortunately, Bahl, while dispensing with all things shadowy, also ends up leaving out storytelling basics, like conflict and drama. The film aims for a cartoonish pitch right from the get-go -- with characters covered in animated feathers -- but applies it rather ineffectually: at one point the film’s hero conjures up imaginary volume bars and turns down the noise, yet Bahl’s film is so determinedly loud that even this equaliser can’t mute it.

The film is about a wedding somewhere exotic, where the Arora family lives in a castle with lavender-liveried gatekeepers who wear top hats. They are joined soon by the groom’s family, the Fundwani clan, wreathed in gold and accents.

The two once-wealthy families are meeting in a marriage of financial convenience -- lets call it Deal Dhadakne Do -- and while neither groom or bride like each other, objections are muted in the interest of money and in fear of the heads of both families, the lovely Sushma Seth in an old-Cruella role as the Arora matriarch and Sanjay Kapoor as the shiny Fundwani whose Sindhi accent fluctuates between  clichéd Mamma-Mia Italian and Sheikh-speak.

The leading man is a wedding planner, and looks appropriately fine in well-cut clothes. Shahid Kapoor plays Jagjinder Joginder with casual, relaxed flair while Alia Bhatt plays Little Orphan Alia and makes her quite likeable even though the film’s script doesn’t allow her much sanity.

The actors, as mentioned, are all well chosen. Pankaj Kapur can sleepwalk through a role like this but his moments with Shahid -- enjoyed by both actors with that trademark Philips Top Ten drawl and many duelling ‘oye’s -- are good fun, and Shahid’s sister Sanah does rather well as the plump and plucky bride to be.

It could all have been fun and games, at least for the pre-teen female audience this film is made for, if not for that consistency curse. Alia, spewing trivia relentlessly as if trying to make up for her Koffee fiasco many years ago, knows about everything except what magic mushrooms look like; Shahid is smooth as silk, immaculately groomed and unflappably aware of everything in seemingly every language yet he, a man who has tremendous trouble falling asleep, doesn’t know the word ‘insomniac.’

Things escalate predictably and the shenanigans are piled on joyfully yet pointlessly. The actors carry us through certain moments -- like when Karan Johar arrives to play Mehndi With Karan for the crazily-affluent wedding party, or when a big family laughs at a corpse instead of guiltily hiding their joy -- but when the latter scene leads us into some feeble Weekend At Bernie’s gags, the film is truly dead.

The actors gamely try to breathe life into it, but the script gets worse with each act. It’s truly tragic, for example to see that Vikas Bahl, director of the groundbreaking Queen, feels that his two feisty heroines, troubled by obnoxious opponents at a qawwali, need their men to rescue them instead of flinging it back themselves.

It looks spiffy and there’s some gloss to like, but overall Shaandaar is pretty much -- as Alia calls the fourth finger of each hand -- useless.

By the end of the ordeal, even the finely-outfitted gatekeepers we saw early on have been replaced by ornamental life-size statues of Royal Guards. Bahl may have tried to go Disney, but this sure isn’t the real thing. 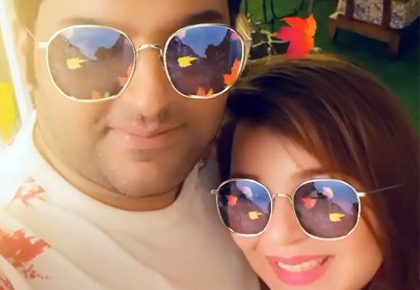