News
Business
Movies
Sports
Cricket
Get Ahead
Money Tips
Shopping
Sign in  |  Create a Rediffmail account
Rediff.com  » Movies » Review: Rustom is an accidental parody of itself 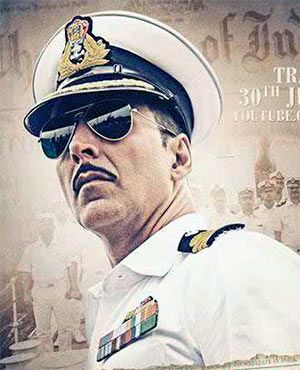 'The uniform might be the most accurate thing about this film, however, a painfully tacky production where all the sets look like over-saturated cardboard,' says Raja Sen. 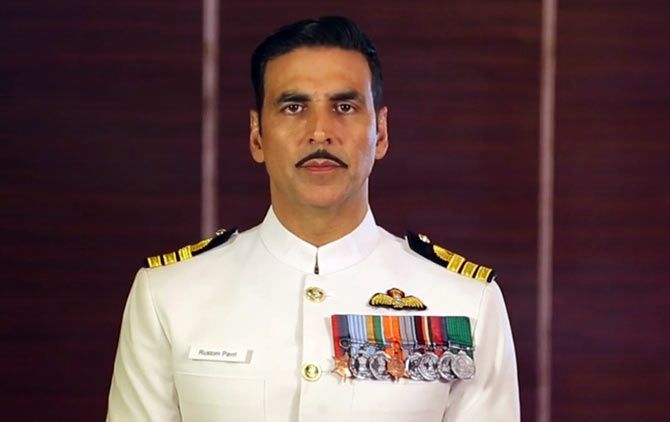 IMAGE: 'Despite a shapeshifting moustache that, from scene to scene, oscillates between that of Errol Flynn, Raaj Kumar and a felt-pen attempt to draw a clotheshanger in silhouette, Rustom nevertheless makes sure his white Navy uniform is spotless.'

The first time we meet Esha Gupta in Rustom -- a film set in Bombay 60 years ago -- she's spending her afternoon in a satin-covered bedroom bathed in golden light, wearing a white corset-like garment while smoking a cigarette using an exaggeratedly long holder.

The second time we see Gupta, she's lounging by the side of a swimming pool wearing a candy-striped swimsuit and an XL-version of Lolita's sunglasses.

It may confound you that I'm starting off a review mentioning a cartoonish vamp who is a secondary character -- Gupta, after all, does not play cuckolded husband, cheating wife or dead playboy -- but I felt it important to be honest and start this review off with utter absurdity instead of bringing up the mythologised Nanavati Murder Case this film is somewhat based on.

You see, no possible fiction-based-on-fact disclaimer could have prepared me for the fact that Rustom is a parody.

That, I believe, can be the only explanation for this daft film. Akshay Kumar -- who we meet on a ship where officers march down corridors even when nobody is watching -- is Naval Commander Rustom Pavri, a decorated officer who has brought his ship home early.

Despite a shapeshifting moustache that, from scene to scene, oscillates between that of Errol Flynn, Raaj Kumar and a felt-pen attempt to draw a clothes hanger in silhouette, Rustom nevertheless makes sure his white Navy uniform is spotless.

Even when he's locked up in prison, where he plays chess and reads Sun Tzu, keeping his expression stoic enough to perhaps ensure a state of zen that brings about creaselessness.

Do officers get locked up in full dress uniform? This one does, possibly because the producer -- also Mr Kumar -- likes the way he looks in those superb, stiffly-starched whites.

The uniform might be the most accurate thing about this film, however, a painfully tacky production where all the sets look like over-saturated cardboard and all the taxicabs are gleaming.

The colour-correction is atrocious, inconsistent even between the faces of two people speaking across a table, and, at one point, an injured wife staggers into a room with her head stained red, looking for all the world as if she'd collided with a plate of gulaal.

This wife, played by Ileana D'Cruz, is the reason Rustom is in prison. She's been cheating on him with Vikram Makhija, an insouciant playboy with an alarmingly technicolor wardrobe -- even his bathrobe looks like it belongs to Bam Bam Bigelow.

D'Cruz, who flits between a pair of awful accents, is vacuous throughout this film, but never more so than in the unending courtroom sections, where she looks as blank as if she were being grilled about why Barfi was made up of stolen scenes. Which is to say she doesn't have a clue.

Neither, it must be said, does the director. Tinu Suresh Desai, who made the gormless 1920 London earlier this year, tries far too hard to make a thrilling true-life case into a thrilling film.

Playing it straight would have sufficed, but Desai resorts to odd dialogue, a bewildering climactic twist, and immensely ill-conceived attempts at comedy.

Armed with a cinematographer who loves abrupt and misleading pan shots, Desai stitches them digitally together to impress us, going from scene to scene, character to character in a single swivel.

Alas, his idea of a policeman interrogating suspects in revolving-door fashion loses all potency when we see that after all these conversations, he's only scribbled three words -- words like 'dost' -- on his notepad.

The film starts off relatively cleanly -- save for the art-direction -- but then Esha Gupta, in a parade of cleavagey dresses, comes along and reminds us that we're watching trash. 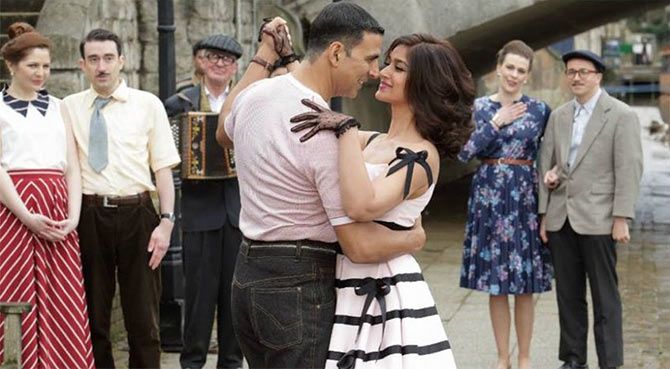 This is basically a Bhatt film + Akshay Kumar. Kumar is calm and stiff even as the film gets increasingly atrocious, with decent actors like Pawan Malhotra, Kumud Mishra and Sachin Khedekar wasted. Khedekar is particularly slaughtered here as a hammy prosecution lawyer. 'Objection, m'lord, the loudly-gasping lawyer is overacting and misleading the audience.'

The Nanavati Murder Case -- one where public opinion lionised the naval officer to such a degree that its Not Guilty verdict marked the end of the jury system in India -- was a landmark.

It was a case where the tabloid Blitz successfully manipulated an eager, righteous audience, and a case where enterprising street-side peddlers sold toy guns by calling them Nanavati Revolvers.

It is a case, in short, that deserves good cinema. Cinema that, like any intelligent murderer, understands that it is indeed all in the details.

For half a minute, a highly distinguished Parsi gent shows up and immediately classes up this film, but that's about all. Despite Kumar's valiant (albeit overdressed) attempt at calm and gravitas, this film is bilge, unintentionally hilarious and eventually tedious.

The only way to salvage it would be to add a too-loud laugh track, give Gupta a trampoline, and call it Carry On Rustom. 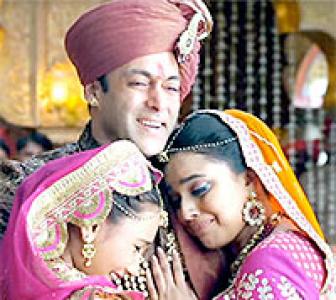 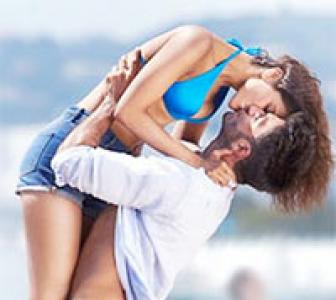 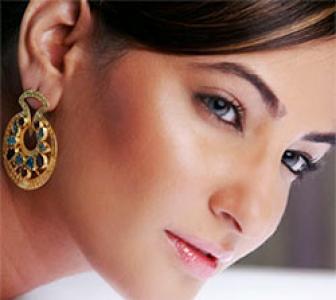 'Thrillers are attracted to me'