Review: Prometheus is a striking movie 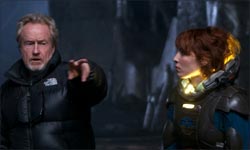 Prometheus can be partially enjoyed as a striking journey that begins and ends in interrogation, writes Sukanya Verma.

The hype surrounding Prometheus, Ridley Scott's return to the realm of sci-fi, is inescapable.

Like any internet junkie will tell you, ever since its first teaser, cyber space has been alarmingly inundated with fresh new clips of this sort-of prequel to the filmmaker's 1979 classic, Alien.

The real deal, of course, is much more cohesive and three-dimensional in its magnificence even if not quite designed for cinematic fulfillment. But isn't that a given in today's sequel age? Films exult in leaving loose ends, sly suggestions and unsolved imagery to ensure a redux in order to procure finality and box office bliss.

If you subscribe to this mindset, Prometheus can be partially enjoyed as a striking journey that begins and ends in interrogation.

Its grand and Greek title refers to the space vessel carrying a 17-member crew to explore mankind's origins on a little known planetoid as well as the metaphor of the eponymous demi-god who stole fire from Zeus and returned it to earth. As penalty, Prometheus is chained to a rock where an eagle feeds on his liver every single day only to regenerate back to normal by morning till he is, eventually, rescued by Hercules.

The idea is to correlate the mythology with Scott's futuristic script but the ambiguity of the cluttered proceedings and concealed motives makes it burdensome to draw parallels as well as concentrate on the ensuing horror.

Coming back to Alien, the one with face-hugging creepy creatures and deadly, mucous dripping organisms jutting out of a man's chest and a heroine whose bravado set the benchmark for on-screen female fervor, Scott's maiden venture into the unknown, along with Steven Spielberg, is Hollywood's revered guidebook into extraterrestrial terrain. While Alien is much more atmospheric, thanks to its wonderfully detailed albeit claustrophobic architecture (designed by Swiss surrealist HR Giger) generating an ambience of genuine dread and distress, Prometheus trades eerie for sophistication. 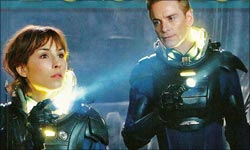 Alien is all about survival. With a hostile alien on the loose, there's hardly any time to question or probe. The inhabitants of the commercial spaceship Nostromo are primarily concerned with getting back home, safe and sound. The horrific discoveries made along the way are purely coincidental.

Set in 2093, Prometheus, conversely, is specifically designed to understand the significance behind its symbolic opening scene, a pale-faced, biped alien falls into a gushing waterfall and disintegrates into a dark ink-like fluid that contaminates the stream with his genetic contents

Once the aforementioned team arrives at the remote destination, they delve inside a curious

rock that loosely resembles a giant version of Phantom's Skull Cave. Without getting into further details, let's just say from here onwards Prometheus steps into unmistakably Alien territory. Pity then, how Scott trades potential terror to overindulge in biomechanical gross and goop.

The scrupulous standards of its visual grandeur are impressive and induce awe, especially the tangible quality of 3D making this a thing of marvel since Avatar. At the same, this calculated exhibition of scientific eminence and digitally generated design robs Prometheus with a sense of organic, which it so steadfastly pursues in the first place.

Scott's engagement with technology navigates the story into multiple directions and after an exciting build-up, the inter-stellar safari doesn't quite hold up. As always, this translates to cast-level casualties. Most members of this elaborate crew are deemed unworthy of adding any value except maybe die and underscore the severity of the scenario.

Noomi Rapace's faith-driven Shaw brings in vulnerability to the scale-obsessed premise while also collecting points for conducting one of the most brutal surgical procedures witnessed in recent movie history. Even so, neither she nor Theron (or their combination) comes close to the fiery display of Sigourney Weaver's Ellen Ripley in this peculiar franchise.

The men fair marginally better. While Guy Pearce is virtually unrecognizable, under layers of meticulously plastered prosthetics, as the immortality driven billionaire Weyland, Idris Elba plays out like that inquisitive voice in your head asking the same relevant questions but doesn't quite possess the enigmatic charisma of Michael Fassbender's pasty android, David.

Fassbender, like he's being doing in every other film lately, steals the scene with his pitch-perfect delivery of a remarkable robot resembling a cross between David Bowie and Peter O Toole, finding comfort in the latter's philosophy from Lawrence of Arabia -- 'The trick, William Potter, is not minding that it hurts,' when derided for not being human.

Normally a Hollywood-spewing android borderline on cheesy but Fassbender's inscrutable disposition, akin to the prototypes of Blade Runner, makes his complexities both endearing and questionable.

Pretty much like Prometheus itself. When not fooling us with its pretense of existentialism babble, does reasonably well as a creep-thrills packed sci-fi thriller that has more blockbuster than breakthrough on its mind. Eva shows off her curves and more fashion news! 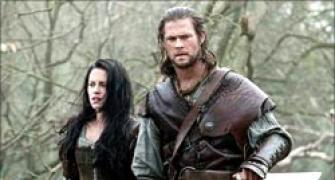 Review: Snowhite And The Huntsman is impressive 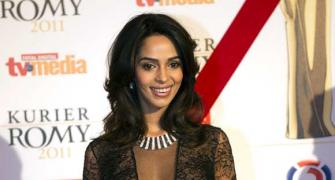 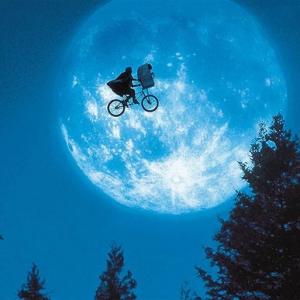