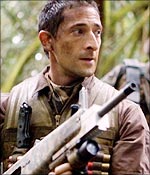 Ever since he burst onto the filmmaking scene nearly two decades ago, Robert Rodriguez's oeuvre has been best described by one word -- economical. And even though he has only produced Predators, it is very clear from the start that this movie is going to employ economy for every bit of its run time.

The film opens on Adrien Brody's character, unconscious and falling through the sky. When he wakes up and realises that he is not dreaming, he tries as hard as possible to open his parachute; to no avail. Until it activates upon reaching a certain (distance from the ground perhaps?) threshold and sends him crashing through dense, and confusing foliage to land hard on the ground. Before he can fully orient himself, a few other people crash land around him and he somehow becomes the leader of a ragtag bunch that includes a death row inmate (Walton Goggins), a mysterious woman (Alice Braga), a Yakuza (Louis Ozawa Changchien), a Russian (Oleg Taktarov), a Mexican (Danny Trejo) and a doctor (Topher Grace).

As they try and understand how they got to the jungle that no one can identify and figure out why they were brought there, all hell breaks lose and finding answers becomes a secondary priority because they are all suddenly trying very hard to stay alive.

Even if you haven't watched the 1987 original featuring Arnold Schwarzenegger you know that large, menacing aliens are involved. Tall, with tentacled heads that make them look like dreadlocked warriors from a scarier planet, we already know that they can see using infrared vision (thereby enabling them to see track humans by their heat signatures),

that they possess a cloaking device that renders them nearly totally invisible and that they possess fearsome ammunition and killing blades with which they can make quick and easy work of their human prey. 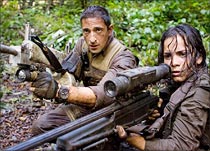 That is pretty much what the ragtag bunch of humans is up against in this new movie. They are being hunted and though they have access to some pretty cool weapons, they are still outclassed by the technology at their pursuer's disposal. Whereas the device of literally dropping the audience and the protagonists into the movie without any preamble is a good one and gets the movie off to a decent start, that same economy eventually robs the film of a lot of its drama.

When (what should be) spectacular kills are carried off in a totally matter-of-fact manner it makes the whole movie seem like a race to the finishing line. If you've ever watched this type of movie before, you could tick off which player gets killed off, in what order, without even breaking a sweat.

Predators is totally a guy's movie filled with grisly violence and foul language of a level we are all familiar with and yet not entirely used to hearing off the big screen.

Sadly that is all there is to it. That and the fact that once-skinny Adrien Brody sports a physique that calls to mind Aamir Khan's Ghajini transformation. If you feel like blowing off some steam this weekend, go see it, you won't be disappointed. But I can't help thinking that you won't feel fully satisfied either. 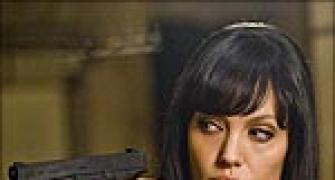 Salt: What Bourne can do, Jolie can do better 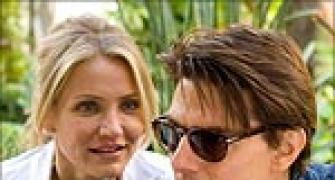 Review: Knight And Day is disappointing 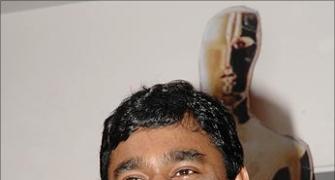 A R Rahman set for music show in LA 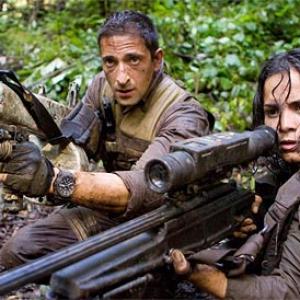 What the Grindhouse failure means