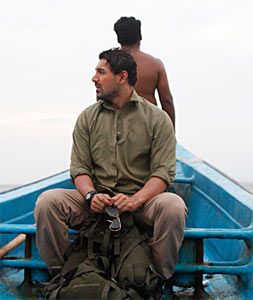 Madras Cafe is  a swift, smart and serious study of an inglorious chapter of history, writes Sukanya Verma.


When done right, few combinations have the allure of fact meets fiction. The veracity of one pitched against the ingenuity of another can produce awe-inspiring results.

Though not entirely above faults, Shoojit Sircar’s Madras Cafe marries the two to direct an engaging political thriller about a fictional character’s experience against real events and references, namely Sri Lankan Civil War and the assassination of ex-Prime Minister of India, Rajiv Gandhi.

It’s a mantra Madras Cafe follows religiously steering clear of typically Bollywood brand of action even though there are several moments of heavy-duty gun-firing and aggression.

Once in war zone, Vikram reports to his superior Bala (Prakash Belawadi) and bumps into London-based war correspondent Jaya (Nargis Fakhri) before channeling his energy to track down the activities of LTF boss Anna Bhaskaran (Ajay Ratnam) and lure his political ally Shri (Kannan Arunachalam) to go against the former.

What follows is Vikram’s close encounter with gun-toting extremists who view themselves as revolutionaries and determining the dangerous conspiracy to kill an important Indian leader with a human bomb.

Told in flashback, Madras Cafe starts out a tad awkwardly with an unnaturally dishevelled John Abraham relating shocking episodes and expounding on the futility of violence.

His part Hindi, part English voice-over painstakingly explains the history of Sri Lanka’s ethnic crisis, India’s intervention, the formation of LTF (modelled around Liberation Tigers of Tamil Elam), the subsequent civil war and its death toll. The screen too is filled with visuals encapsulating a long, painful past within few minutes.

For about one hour, Madras Cafe, written by Somnath Dey and Shubendu Bhattacharya with Juhi Chaturvedi’s dialogues, concerns itself with build-up and laying out a complex network of inquiry, motives and ideology.

The *thriller* aspect of this political drama, dedicated to the events between mid 1980s to early 1990s, comes alive post-interval with its breakneck pace, crisp editing (Chandrashekhar Prajapati)

and precise screenplay. All those knotted ends in the beginning now begin to unravel with fascinating ease.

While I would have also loved qualities like sharp and sly, the restraint helps in concealing his leading actor’s dramatic limitations. As tempting it is to think what an Irrfan Khan or Abhay Deol would do in John Abraham’s role, I must compliment him on playing it solemn and fit.

The gorgeously shot (Kamaljeet Negi) Madras Cafe also benefits by not opting for the usual faces to play key supporting characters, lending its ambiance an air of novelty if not unpredictability. Ratnam, Arunachalam and Belwadi do a fairly convincing job while Basu appears comfortable in his new role.

Cannot say the same about journalist Dibang’s turn as a Bangkok residing informer. His self-conscious screen presence completely dilutes the gravity of his only scene.

Raashi Khanna doesn’t get a chance to flex her potential as John Abraham’s young wife unlike the other female actor in the film -- Nargis Fakhri.

There’s bright and there’s pretend bright and the distinction comes through when she conducts an interview with a dreaded leader of a feared organization, which is devoid of any tension or edge, like say, Mani Ratnam’s Dil Se... While her dialogue delivery isn’t a problem given all her lines are in English, Fakhri’s conversations with John Abraham are unnecessarily jarring.

She speaks English, he responds in Hindi. Why such stinginess over subtitles? In any case, she lost me at ‘anyways.’

At its running time of two hours, ten minutes, Shoojit Sircar’s Madras Cafe is a swift, smart and serious study of an inglorious chapter of political history. It doesn’t take names but doesn’t hold back either. Even if it packs in classic stereotypes of this genre and the climax is something we all know and vividly remember, the horridness of it continues to startle.

After experiencing back-to-back idiocy on big screen, it’s refreshing to return to the theatres for a film that expects you to be educated, informed and attentive. Give it a chance, Madras Cafe deserves an audience. 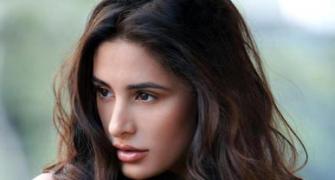 'There were times when I got frustrated and wanted to quit' 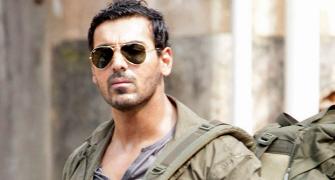 'Madras Cafe is going to rub salt into wounds' 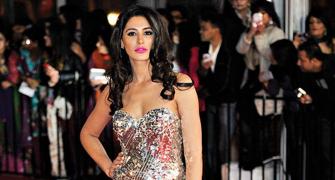 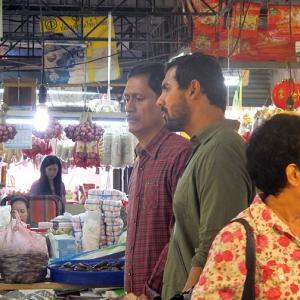 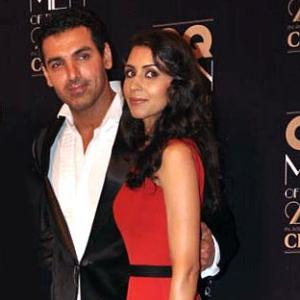