News
Business
Movies
Sports
Cricket
Get Ahead
Money Tips
Shopping
Sign in  |  Create a Rediffmail account
Rediff.com  » Movies » Review: Shaadi Ke Side Effects works only because of Farhan and Vidya

Review: Shaadi Ke Side Effects works only because of Farhan and Vidya 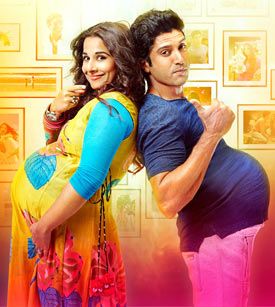 A minor squabble reveals that both are married to each other and are just trying to escape from their mundane lives with role-playing over some wine and jarring music.

As luck would have it, they end up having a romp -- a secret fantasy every man, married or otherwise, desires and for the sake of Shaadi Ke Side Effects (and equality) our woman, Trisha, cherishes too -- at a five star hotel.

Like all sex-starved people who get to indulge in wild one-night stands, Siddharth (Farhan Akhtar) and Trisha (Vidya Balan) are all over each other -- inside the elevator, just outside their hotel room -- and oblivious of the prying cameras.

Even as these strangers are at it inside the room, the hotel manager knocks on the door and chides Siddharth for his indecent act outside the room, only to be told by the latter that the two are a married couple trying to spice up their sex lives.

Shaadi Ke Side Effects (SKSE), written and directed by Saket Chaudhary, who also helmed Rahul Bose-Mallika Sherawat starrer Pyaar Ke Side Effects, opens on this contrived note and meanders for an over-stretched 145 minutes, full of twists and turns, that one has come to so famously associate with soaps produced by Balaji.

For heavens sake, nobody makes his wife do pregnancy tests four times just to convey his shock and unpreparedness over the impending situation.

While Chaudhary has aptly showcased the problems faced by couples once they become parents, he has gone overboard with his portrayal of two individuals trying to find 'me-space' as they grapple with parental responsibilities.

For example, no soccer-crazy father could forget that his daughter is being ferried on a horse while watching a soccer match at a street-side cafe between ManU and Chelsea and return home without his daughter, only to be reminded how irresponsible a father he is by his wife.

For example, no woman would lie to her husband that the reason for her second pregnancy is the next-door dude just to find out if her husband is as forgiving as she is and then unconvincingly confess that she has lied to him.

Nobody, though, is trying to take away the moments in SKSE that make you empathise with the ups and downs faced by Siddharth and Trisha but it is more so because Akhtar and Balan make them seem real with their sincerity.

With these two talents around and some cheeky dialogues (written by Arshad Sayed) on the plate you will never find a dull moment in the film; the over-stretched plot though earnestly attempts to test your patience on many occasions.

Surely, Akhtar and Balan, two of the finest actors in contemporary Bollywood, need to be applauded for pulling off SKSE without giving you any side effects once the credits begin to roll. 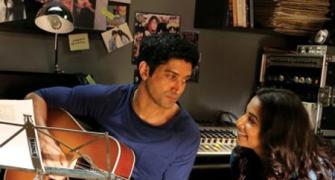 The Most Successful Marriages in Bollywood 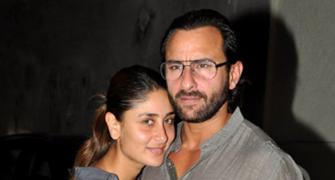 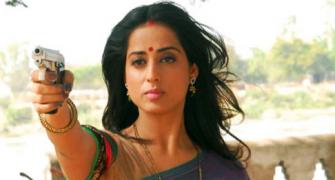 The WORST onscreen wives of Bollywood 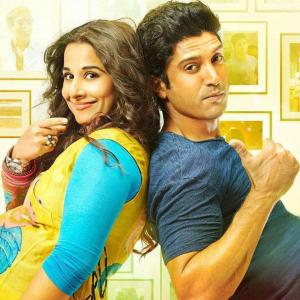 What ticks Farhan-Vidya off, after Shaadi 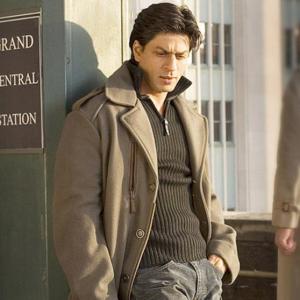 The WORST onscreen husbands of Bollywood