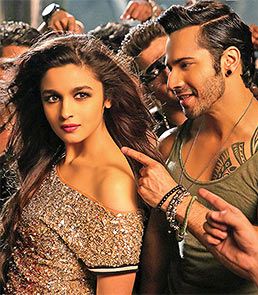 I was fourteen when more than half the boys in my school suddenly started wearing their shirts half-untucked.

Not the slightly tousled careless untucking caused by a hurry or negligence, you understand, this was a very deliberate half-in, half-out approach followed strictly in an attempt to emulate Shah Rukh Khan's Raj Malhotra.

And this took place across barriers of cool and klutzy; the half-tuckers included those dolts who would go on to buy C-O-O-L Kuch Kuch Hota Hai bracelets as well as those wavy-haired guitarists who proclaimed Hindi films passé.

On those of us of a certain vintage, Dilwale Dulhaniya Le Jayenge made a tremendous impact.

One of my oldest friends still measures her swoons by how good Khan looked when brushing his convertible-swept hair in Ho Gaya Hai Tujhko Toh Pyaar Sajna, and I have myself approached strangers in bars and used "Robbie ki party" as, um, as an icebreaker. (For the record, it works.)

Whatever you may ironically say about that 20-year-old film now, the fact remains that -- to us -- it was one of those pop-culture waves that changed everything.

Which is why I'm wary of dismissing Shashank Khaitan's Humpty Sharma Ki Dulhania as a DDLJ-ripoff or parody or spoof, and instead commending it as a romance that just happens to feature a star-crossed pair of DDLJ-obsessives.

Humpty, a grown fanboy who still weeps when watching that other movie’s climax, is more like romcom-obsessive Mindy Lahiri from The Mindy Project than any of our regular leading men.

His prospective Dulhaniya is a girl who, having drunk her fill of Kareena juice, pouts her way through life in a way that suggests consequences don't matter -- until, naturally, they do.

It all begins, as most of us who have had to deal with a big family wedding these days can attest, with a lehnga.

The girl demands one of those designer garments costing as much as a hatchback, and has decided she's going to hustle up the money for it herself.

The boy -- whose first name comes from childhood chubbiness but who has taken the first four letters of his nickname to heart -- finds himself charmed by this self-proclaimed firecracker, and decides he will help on this sartorial mission.

Plans are hatched, jewellery is pawned, aunties are blackmailed….

And all this takes place in a whirl, the director slathering on eventful scenes with a narrative economy that feels almost too brisk.

It must here be mentioned that this frequently-farcical opening stretch takes more than some getting used to.

We've been seeing this a fair bit these days -- insouciant Punjabi kids with 'attitude' and a strut, flinging Facebooky terms at each other -- and unlike, say, Mere Dad Ki Maruti, which nailed this zing (and the zingers) quite effortlessly, things constantly seem staged and unreal in this film.

Varun Dhawan and Alia Bhatt are likeable enough right from the start, but it all feels like make-believe, like two kids playing it smart instead of playing it real.

He's always Varun, she's always Alia, and such is their eagerness to appear natural that they almost yell the (mostly-clver) lines at each other.

Things get positively deafening inside a coffee shop.

But they are, as mentioned, easy performers and -- like watching a school-play starring cousins you're fond of -- it's easy enough to sit through this because the supporting cast is sparkling, and because Khaitan keeps the story purring. It feels like harmless, forgettable fun.

This is confoundingly enough a film which follows a tremendously predictable graph -- one channeling not just that Raj-Simran movie but also Maine Pyar Kiya, Pyar Kiya Toh Darna Kya and several of those charming Genelia D'Souza films from the South, like Bommarillu -- and yet a film that manages to stay captivating and current.

So after Humpty pulls away from his girl Kaavya -- quoting a Dilwale Dulhaniya Le Jaayenge line verbatim and turning it into a plotpoint -- Khaitan's film begins to slow down and come into its own.

The girl loses her invincible swagger once she's home; the boy who surrounded himself by silly (but great) friends feels inadequate when facing genuine competition.

This vulnerability gives Khaitan's protagonists a certain depth, and makes up for that over-flippant first half where, it is now clear, they felt fake because they were being fake, and now that all the posturing is over, their story can begin in earnest.

If I'm making this sound like a serious film, I apologise.

This is a lark, a goofy film where you know what's going to happen but where you enjoy watching it unfold.

The supporting cast is very solid indeed -- special praise to Ashutosh Rana as Kavya's Amrish-esque dad, plus Sahil Vaid and Gaurav Pande as Poplu and Shonty, Humpty's irresistibly loyal buddies -- and television stud Siddharth Shukla is well cast here as an ideal man, one who we first see get off a car smiling so wide it looks like his cheekbones have been doing weights.

Alia Bhatt starts off cutesy and a tad too affected (her yoga inhalations are pure plastic, but then aren't they supposed to be?) yet is charming enough to keep things bubbling over till the actors drop their guard, after which she shows off some serious talent -- especially rocking the Arms Outstretched pose (©SRK).

It is Varun Dhawan, however, who really takes this movie home.

His Humpty is sweeter than he is roguish, and when this film calls for sincerity, he doles it out impressively. He creates a character worth caring about, and his chemistry with Bhatt is quite endearing.

When done well, there is no such thing as "too filmi."

Filmi people end up living filmi lives -- and sometimes we get to watch.

Good on you, Shashank Khaitan.

Humpty Sharma Ki Dulhania is the kinda film Simran would have loved. 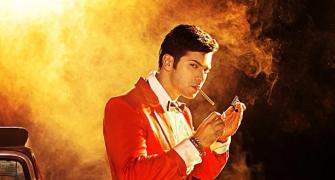 Varun Dhawan: I don't think of myself as a hero 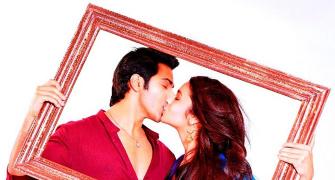 Coming Soon! Filmi KISSES on a screen near you! 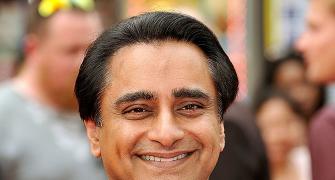 Sanjeev Bhaskar to star in Doctor Who finale 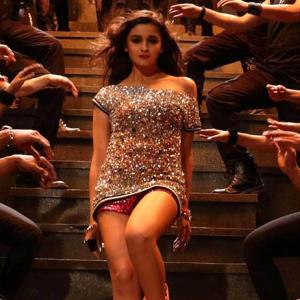