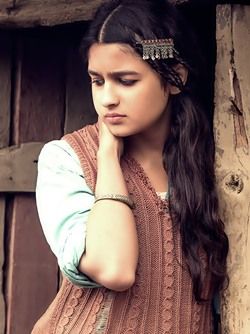 'It is rare that a Hindi language film delivers so much promise in the first half.'

'And so it is extremely disappointing when the director and his script lead us on a journey that eventually fizzles out, collapses and dies in front of our eyes, says Aseem Chhabra after viewing Imtiaz Ali's Highway in Berlin.

A wealthy Delhi family is preparing for their daughter's wedding with sari and jewelry-shopping, and large gatherings.

The night before the wedding, when everyone is asleep, the bride-to-be -- Veera (Alia Bhatt) -- decides to go out on a drive with her fiance, who was presumably her boyfriend.

A few minutes into the drive, they stop to fill up gas when they witness a robbery and a shootout. Before things start to make sense, the robbers have kidnapped Veera, while her helpless fiance sits inside the car, scared for his life.

After such a powerful opening, the film takes us on a journey through the highways outside Delhi, from Rajasthan to Punjab and finally Himachal Pradesh.

The film seems to have so much energy, heart and authenticity -- from the truck out on the highways, roadside dhabas and shops to the supporting cast and their look, and, of course, the menacing presence and voice of the leader of the group -- Mahabir (Randeep Hooda).

It is rare that a Hindi language film delivers so much promise in the first half.

And so it is extremely disappointing when the director and his script lead us on the journey that starts to meander and eventually fizzles out, collapses and dies in front of our eyes.

Highway -- shown as part of the Panorama section at the Berlin Film Festival, should be a case study for film students and especially scriptwriters on how everything can go wrong despite a well-meaning idea.

And how important it is to stay consistent -- to create a plot with believable characters who inhabit it, surprise the audience with one or more conflicts and then resolve them.

Simply making a film about a rich girl being kidnapped and then bringing in elements of the Stockholm Syndrome just does not cut it, especially when it comes from Ali, who is known to give us relatively intelligent Bollywood films.

Just before the customary intermission, Veera and Mahabir are seated in the dark, when out of nowhere she starts to narrate a deep secret about her childhood. Nothing prepares us for that forced moment.

It is almost like the scriptwriter felt that it was time to introduce a completely unrelated plotline, just to give the film some heft.

So now people can say Highway is an issue-based film. In fact, the film's summary in the Berlinale catalogue says this: 'A road movie which also reflects events in India since the fateful gang-rape in Delhi in 2012.'

And that is not all.

Some minutes later it is revealed to us that Mahabir also has a dark secret from his childhood. Well then naturally the two of them have to be soul mates!

But alas Mahabir has killed three people, and Veera can never transform him into a completely good person.

So Ali lets them just go on and on, traversing the landscapes of North India. The truck is stopped once by cops, but only once!

No one recognises Veera -- the kidnapped daughter of an influential Delhi businessman -- through the rest of the journey.

The truck journey continues aimlessly until the film has fully run out of steam.

And just like that, with no plan, Veera and Mahabir decide to hike by foot, deep into the snow-clad mountains of Himachal Pradesh.

There are more forced moments, especially a completely unpredictable and unexpected shootout scene towards the end when the director decides the film is running over two hours and it is time to end it.

But through the 132 minutes of the film, we are treated to A R Rahman's riveting background score and stunning visuals as captured by the film's cinematographer Anil Mehta.

This is the first time in recent years that a Bollywood film has paid so much attention to scenic beauty. Highway is a beautiful looking film and the cinematography helps sustain our interest, even as the narrative forgets where it is heading.

Alia Bhatt has a fresh youthful look and the camera loves her. In one scene she looks out of the back of the truck listening to a group of Rajasthani folk singers, and the sun partially lighting up her face. She is simply radiant in that brief scene.

Her Veera is spunky but also quite irritating, often sounding like a spoilt brat.

So many times during the first half of the film, the kidnappers stare at her in disbelief.

It does not help that Bhatt is given silly and rather predictable dialogues to deliver.

Her character development is uneven and not at all organic. And so sometimes her Veera is pleasing. At other times, we are left wondering how a girl with that kind of a background could possibly react in such strange ways.

Hooda speaks with his lips and the lower part of his mouth pulled down for much of the first half of the film.

His face starts to relax as his character softens in Veera's company. Until finally towards the end, Mahabir breaks down. But the dialogues he is given to deliver are so corny, that the actor appears rather uncomfortable.

Alas few people will know their names since the film's publicity material and the IMDB page do not list them. 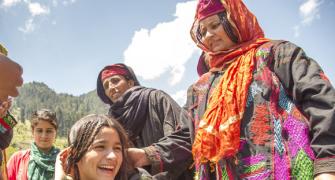 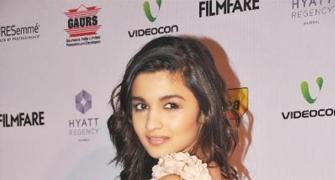 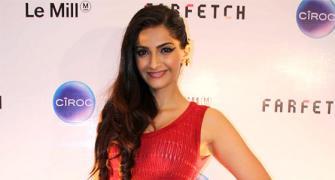 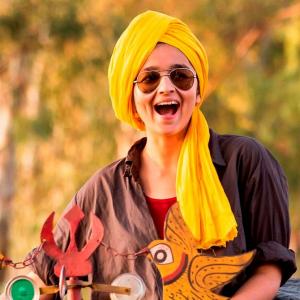