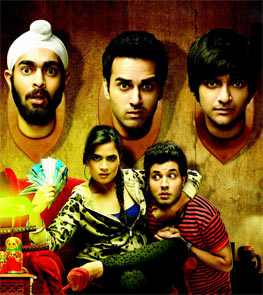 Formulas in Hindi films, no matter how popular or timeless, have been known to run their course in due time.

And that may very well be the case with buddy comedies about naively arrogant college boys with skewered worldviews and lofty aspirations.

Farhan Akhtar set the bar really high with his directorial debut Dil Chahta Hai and it may not be entirely incorrect to say that the remarkable coming-of-age film spawned an entire generation of films that exploited similar themes with varying degrees of success.

So it comes as a mild disappointment when a film co-produced by Akhtar, a film that looked so promising on paper, fails to deliver.

Then there are other running gags popularised by films in this genre – adolescent men unapologetically curious about sex, the senior citizens’ club that meets in the park every morning for laughing exercises, the perpetually grumpy father who curses his son without the slightest provocation – which Fukrey checks off of its list.

However, we get a sense early on that they have been incorporated because that’s supposed to make viewers laugh and not primarily because they anchor the story in any way.

Hunny (Pulkit Samrat) and his friend Choocha (debutant Varun Sharma) are class 12 students who can’t wait to be liberated from the daily drudgery that is school life and partake of all fun things that college has to offer.

Lali (Manjot Singh), a mild-mannered commerce student studying via correspondence course, makes regular trips to the Gurudwara – he is eager to migrate to his supposed girlfriend’s college – and also helps his father in his thriving catering business.

Zafar (Ali Fazal) is a failed musician who mills around the same college the three youngsters are eyeing because his former girlfriend (Vishakha Singh) teaches there.

A quirk of fate brings all four together.

While the film really just drags on as the foursome set out to make easy money, Pankaj Tripathi as Pandit -- the enterprising watchman of the college -- keeps things and conversations interesting with his effortless performance. Especially noteworthy is the way Tripathi, in his eastern UP accent, drops random English words when you’re least expecting them.

The proceedings actually gain momentum with the explosive arrival of Bholi Punjaban (Richa Chaddha) on the scene. The introductory scene doesn’t seem stale despite repeated viewings in the film’s promo.

Chaddha plays the role of the foul-mouthed and feared ganglord with great flair. But there is only so much even a good actor can do with limited material.

Of the four protagonists, Pulkit Samrat comes across as the most confident but fails to stand out while debutant Varun Sharma is sluggish for the most part, which can be tiring to watch.

The punches come in generous doses but fail to make an impact in most places.

The film’s title alludes to the four male protagonists but save for Hunny, none of the others really qualify as Fukrey (a popular colloquial term in Delhi used for street-smart, good-for-nothing young guys).

While Varun Sharma’s character is more of a bumbling sidekick to Hunny, Lali is a well-meaning, obedient kid who gets sucked into the mess and Zafar is a hunky troubled artist who reluctantly joins in the murky quick money–making plan.

If you absolutely have to watch this film, look out for Pandit, Bholi Punjaban and the gorgeousness of Zafar’s face. 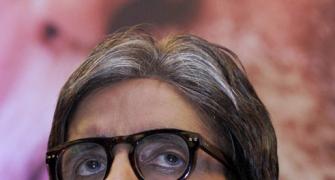 Amitabh: Rituparno and I were planning a film together 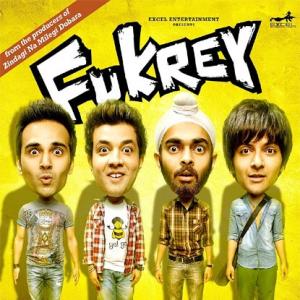 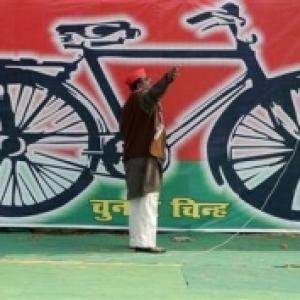