Review: David is well-acted but underwhelming 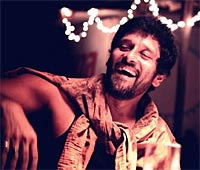 David could have been shorter, snappier, writes Sukanya Verma.

In the classic fable, these two unlike animals race each other to the finishing line. Now, the hare is ambitious and swift but also overconfident. The tortoise is slow but just as determined to win.

Bejoy Nambiar’s gorgeously packaged, well-acted but underwhelming David is like a split personality, racing on three different tracks exhibiting the skills and shortcomings of both these fellas.

On one hand, it is incredibly grand in its ideas and challenges the traditional structure of storytelling. On the other its uneven, often dragging pace and frantically shifting moods, unable to hold fort.

In terms of filmmaking, David is an uncompromised experiment and steers clear of comfort zones crediting its viewers' capability to join dots without excessive spoon-feeding, a practice that eludes mainstream Hindi cinema.

The three stories, which extend through different time frames (1975, 1999, and 2010) and locations (London, Mumbai, Goa) take place simultaneously and though not directly connected bear thematic resemblance wherein all three Davids are battling an individual Goliath and share a unique but varying degree of relationship with their father.

David in 1970s London (Neil Nitin Mukesh Neil looks sufficiently turbulent and plays it subdued) is coming to terms with his highly dysfunctional surrogate family, unpleasant revelations about his past and a romantic upheaval (featuring a lovely but emotionally ineffective Monica Dogra) against the backdrop of Muslim mafia and Indian intelligence agents.

Shot entirely in black and white, it’s easily the most accomplished chapter among all three.

Hedonistic lifestyles, flower power in the passing, passionate encounters, faith-dictated zealousness, gruesome torture and gritty shootout sequences -- this chunk of the story packs in a lot with its retro styling, assertive visuals and calm menace.

David in late 1990s Mumbai (Vinay Virmani conveys a convincing blend of innocence and exasperation) is a struggling musician and part-time tutor living with his father (Nassar, so effective in that one disturbing shaving scene), a devout Christian and two sisters (Sheetal Menon, Shweta Pandit do well in brief parts).

Their lives change for the worse after his dad is attacked by a bunch of Hindu fundamentalists (Rohini Hattangadi breathes venom through her eyes) who accuse him of promoting religious conversion.

Strong content notwithstanding, the Mumbai segment could do with better writing and consistency.

Considering its premise is religion-based acrimony and subjugation of minorities to achieve political mileage, the conversation is rather sloppy and lackluster. Also, I found the sub-plot featuring Lara Dutta quite unnecessary.

Nambiar, however, doesn’t mince words when it comes to likening religion-driven political parties to underwear in a scene preceding which David engages in a slo-mo brawl with a bunch of hoodlums amidst intense rainfall.

Incidentally, it pours frequently in this segment. That’s a lot of monsoon for February/March even in Mumbai. But climatic license is a hardly a crime if it generates such potent, classy frames.

But it’s fisherman David (Vikram. He’s mighty good. Can’t say the same about his segment) in Goa, circa 2010 who puts a spoke in the wheel of this otherwise high-adrenalin action-drama with his weird, politically incorrect humour and supernatural interludes.

So you have a perennially wasted lout punching random women in the face, picking fights in local bars and dangling between the counsel of his dad (a dorky Saurabh Shukla) and dost (Tabu by the virtue of being Tabu sparkles in a wishy-washy cameo)over pursuing a romance with his best friend’s (a pleasant Nishan) to-be-bride (Isha Sharvani, pristine and radiant as usual).

And pray, what’s with Satku Santa? These portions of David are so strange; they’re, well, ridiculous. Ever wondered what the stoner sequel to Kabhi Haan Kabhie Naa could be like? Look no further.

For all its eccentric offerings and lopsided hilarity (you do laugh a couple of times but it’s a sound of incredulity not tickle), none of it works and its sudden appearance especially after witnessing a cold-blooded execution in black and white is as awkward as Vikram’s Hindi.

This bouncing back and forth between characters and scenarios is always a risky deal and tests an individual’s capacity to refocus and reconnect. All the more when it mixes somber with slapstick. Ever been the unfortunate person sitting next to the one who has the remote control and keeps switching channels erratically? Yes, *that*!

Another side-effect of this disjointed plot technique is most characters never get enough space or time to truly blossom (There's an interesting film somewhere in the underdeveloped plot of Iqbal Ghani's real son.)

Nambiar realises the disadvantages of unorthodox narrative only too well. And so David relies on creating lingering moments instead --raw, stylish, stark or luminous almost like a spiffy music video accompanied by terrific sound and one of the best soundtracks of the year.

Like a neat wrestling sequence with Mast Kalander blasting in the background or the beautiful boat song on a serene night.

But a two and a half hour something overcrowded music video is taking it too far, isn’t it? A shorter, snappier David with a little less rambling and randomness may have led to a better payoff.

Still, there’s no denying Nambiar’s promise as an adventurous, aesthetically-sound filmmaker but his weak spot remains the same. His eye for dynamic visuals is yet to find its match in stories that speak. Sarika: I would love to watch Vishwaroopam The Reliance Entertainment Films Line-up of 2013 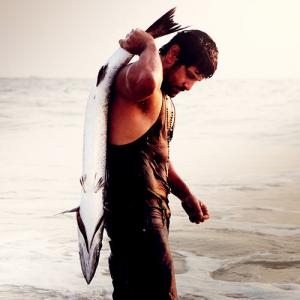 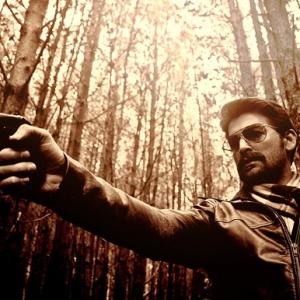