Review: Cocktail is let down by its inane plot Cocktail has a handful of moments and a few genuine sparks, but finally crashes and burns so spectacularly that it's hard to focus on the positives, writes Raja Sen.

Why, Bollywood, why? Why this cold shower, this Vicky Christina Bar-Bar-Rona? Why must you promise a potent, heady concoction only to water it down with clichéd club soda, like a sadistic bartender? Why must the most modern aspect of a contemporary film be the clothes the actors wear? Why must characters, in a bid to prove how blasé they are, flip themselves the bird while trying on said clothes? And why -- oh lord why -- can't films be as efficiently short as heroines' skirts nowadays are?

Homi Adajania's brightly glossy Cocktail seems unburdened by any grandiose cinematic ambition beyond looking very good -- an aim it meets with highly attractive leads and rather excellent art direction -- and that's cool. If this were an American film, it'd star Katherine Heigl or Jennifer Aniston, perhaps both. It's Love Triangle 101, and, if done well, there's absolutely nothing wrong with that. It's all about knowing where you want to head.

Adajania starts off breezily enough, all effortless-flirting and shotglasses and dramatically teary mascara, but the threadbare and increasingly inane plot unspools halfway through, leaving us with a shoddy, frustratingly random sequence of events. The last one-third of the film features the kind of emotional melee that can only be rightfully resolved by handing one of the girls a samurai sword. Alas, no such bloody respite is offered.

Armed with mangoes and a marriage certificate, angelic orphan Meera (Diana Penty) comes to big bad London and finds herself stranded, a (possibly nearsighted) man shooing her away. Instead of taking the first return flight, she decides to hang back and live with Veronica (Deepika Padukone), a frequently drunk party girl she meets in a restroom. They have a blast playing dress-up till one of them lands a hound dog from Delhi called Gautam (Saif Ali Khan), who eventually assumes the position of a persnickety but fortunate Twitter user: you know, picking between two fine DPs.

So far so basic, yet things jar right from the start. Saif is visibly out-of-sorts as the roguish charmer, adopting an exaggeratedly over-the-top approach to flirting that comes across as plain obnoxious. It's the kind of crassness a Salman or Emraan could pull off easy, but Saif just can't muster up the street-cred, no matter how painfully overdone his Dilli accent.

He's never awful; just out of place and trying hard to look young, like an embarrassing uncle trying to fit in with the cool kids.

The ladies are a great deal better, the dazzling Diana refreshingly natural as the simple girl, and a smoldering Deepika with her smoky eye-makeup doing the acting for her.

All three genuinely do look like they're having a good time, this camaraderie making for a reasonably enjoyable first half -- with an upbeat, sexy vibe -- even if several characters don't seem to belong to this film. Dimple Kapadia as Saif's mother and Boman Irani as his uncle, for example, are fun enough -- and Dimple's line about menopause is the film's greatest achievement -- but they're acting in a much noisier key, as if they'd wandered off the sets of a bad YRF film.

Actually, besides Meera -- beautiful, mousy Meera -- none of the characters seems consistent. Padukone struts around looking like a million bucks, frequently a magazine cover come alive, but every time she has a dialogue, she kills it. And not in a good way. There are a few chutkis sindoor too many whenever she emotes, and once she even flatlines whispered sensual come-ons. Takes a special talent, this. Her Veronica is an impressively unlikable character, her innate jerkitude hidden behind free-spiritedness, but her changes-of-heart are psychotic. And then she's given some horrid lines, a London woo girl anachronistically made to speak in old-school desi platitudes about milk-drinking serpents. As the comic-book Ronnie's father would have said, Egad!

Meanwhile, the other two, the simple loyal girl and the commitment-phobic hero fall in love over a post-cricket hug and frankly sleazy pick-up lines. There isn't even the pretense of a connection, shared interests, heck, a dashed montage even. Just gloss. With the other girl, he grinds. Who then do you root for? And who can you give a damn about? Or are you meant to care when the film just wants you to stare? At some point a song plays that sounds initially like Ishq Di Booty -- which would fit this film much better.

By then, however, all hell's already broken loose. A jilted lover sleeps on benches, as if suddenly homeless. Songs about separation enter the soundtrack, so on-the-nose they feel spoofy. Realising that Penty looks even more devastating when distraught, she's made to cry buckets. And the producer within Saif insists on a fight-scene, genre be darned. As said, a gigantic mess.

Actually, the second half of Cocktail borrows from every conceivable romantic cliche, featuring much boohooing and accidents and well-meaning lies and insidious manipulation and -- for some inexplicable reason -- Randeep Hooda, showing off a different (and never explained) injury every time he appears. It's as if Imtiaz and Sajid Ali -- the film's screenwriters, the men who must squarely be blamed for this tiresome misadventure -- couldn't decide which stock-ending to go for, and so decided to throw in a bunch.

Get notified as soon as our Movie Reviews are out!
Raja Sen in Mumbai
Related News: Meera, Veronica, Diana Penty, Dimple Kapadia, ODiana Penty
SHARE THIS STORYCOMMENT
Print this article 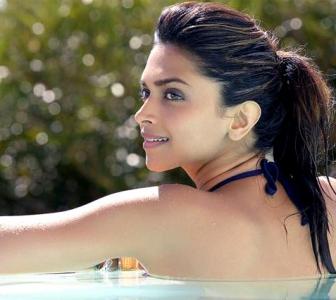 Deepika: Ranbir and I aren't getting back together 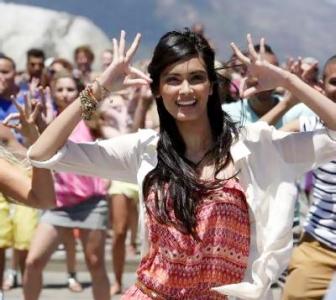 'I don't think I have the confidence to wear a bikini' 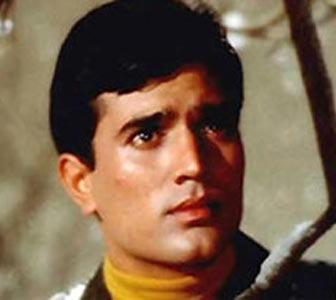 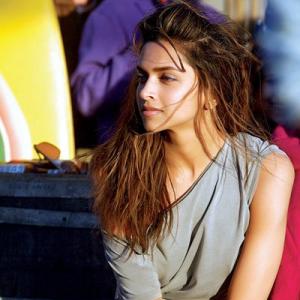 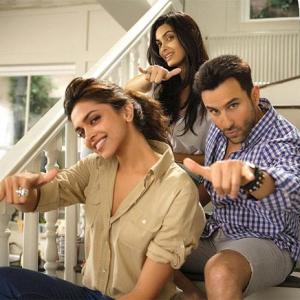 Three isn't a crowd in Bollywood!