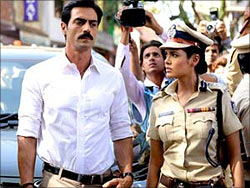 Chakravyuh maintains an aggressive cinematic tone with sufficient stock of blood and action to dole, but is nothing more than an average action flick in the garb of relevant cinema, writes Sukanya Verma

A dramatised account of real events is effective so long it is both expressive and informative in a sensible measure. But Prakash Jha's Chakravyuh, which builds its nucleus around the Naxalite activities in East of India, employs familiar ploys and plot points to credibly work as either.

Unlike Lal Salaam or Hazaaron Khwaishein Aisi, (human stories set against the same milieu) Chakravyuh maintains an aggressive cinematic tone with sufficient stock of blood and action to dole.

Sure, a couple of motivational speeches are offered in the stoic baritone of Arjun Rampal and articulate resolve of Manoj Bajpai to ascertain the ideology of both the inconsistent protectors of law as well as the voice of unreasonable revolution respectively.

But Jha, while undoubtedly well-informed about the troubles that plague these parts, fails to fashion a script that would truly document the complexity of the Naxal principles or their everyday struggle, the anxieties of a feeble law and order or the hardships of the tribal population caught in the conflict.

Except for skimming past this intense mass of difficulties against believable scenery, the director of Gangaajal, Apaharan, Raajneti and Aarakshan crams the film with foreseeable stereotypes of power hungry politicians, greedy industrialists, rapist cops and some insignificant characters such as Esha Gupta.

As Rampal's wife and an Intelligence officer, Esha's character makes zero contribution to whatever five scenes she has and is only there to demonstrate how glamorous she can look in a strategically-tailored uniform.

Similarly some unintentional comedy is provided by a puny lad playing Kabir Bedi's son as the single-most raucous, hamming presence in the entire film.  Fortunately, the likes of Abhay Deol and Manoj Bajpai underplay and rise about their sketchy roles displaying a keen grasp of what's missing on screen.

Rampal shows restraint but isn't quite able to flex himself in a part tailor-made for Jha's old favourite Ajay Devgn.

Chakravyuh is essentially the story of two close friends, Adil (Rampal) and Kabir (Abhay Deol), since college and police training (made known in a lackluster, sepia-toned flashback) and why/how the latter infiltrates within a terrorist outfit to pass crucial information to his cop buddy.

If their poorly-established friendship wasn't lamentable enough, the absence of solid incentive in Kabir's life-altering decision to turn into a make-believe militant is most glaring. Even if it is triggered by a sense of obligation, since Adil helped out Kabir during college, this grand step that dictates the future of the plot lacks conviction.

Once part of the Naxal army, Kabir's efforts to win over its chief leaders -- Rajan (Bajpai) and Juhi (Anjali Patil breathes fire as a woman of steel and nerve) are fairly engaging and make up for the sluggish beginning.

Again, Jha steers clear of innovation and opts for the soft-corner-for-the-girl cliché and not some radical shift of ideals to convey Kabir's sudden craving to switch sides. Chakravyuh, despite a decent premise, is a victim of clumsy plot and inordinate length.

Apart from ambiguous purpose and the topsy-turvy dynamics of Adil and Kabir's friendship, dialogues fail to dazzle and songs appear out of place. It's almost hilarious when Om Puri's waxing eloquent about, 'Aam aadmi ke liye kuch bhi nahi hai' (There's nothing for the common man) is immediately followed by Sameera Reddy's furiously shaking belly in a needless item song targeted at frontbenchers.

The irony is unmistakable. 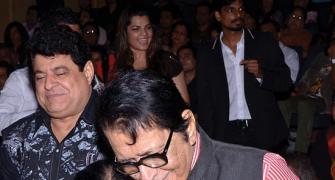 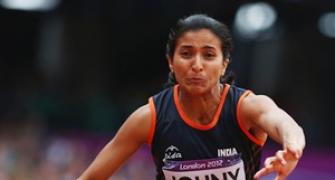 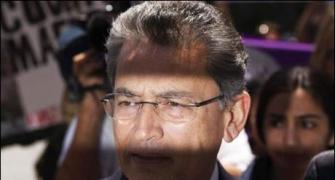 Rajat Gupta to be sentenced on Wednesday 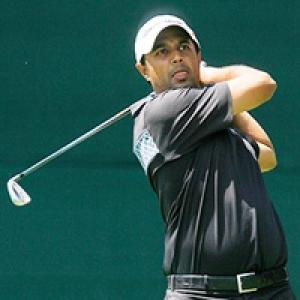 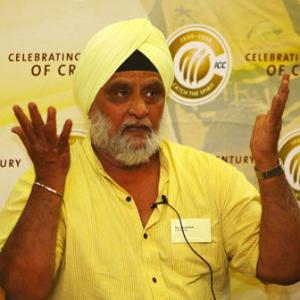