News
Business
Movies
Sports
Cricket
Get Ahead
Money Tips
Shopping
Sign in  |  Create a Rediffmail account
Rediff.com  » Movies » Review: Aashiqui 2 has nothing going for it 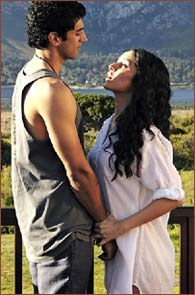 In Aashiqui 2, what probably started as an interesting story idea -- troubled artists, dynamics in a relationship -- eventually got buried under the debris of random motifs from previous hits delivered by the Bhatt camp, writes Nishi Tiwari.

I wasn’t sure how Mohit Suri’s Aashiqui 2 qualified to be called a sequel to Mahesh Bhatt’s 1990 hit romance film starring Rahul Roy and Anu Agarwal, so I looked up the word.

Going by the dictionary definition, a sequel means, ‘A published, broadcast or recorded work that continues the story or develops the theme of an earlier one’ or, ‘something that takes place after or as a result of an earlier event.’

Aashiqui 2, starring Aditya Roy Kapur and Shraddha Kapoor, is neither.

It does replicate the original’s musical success to some extent but that’s where the link between the two films ends.

Aditya plays Rahul Jaykar (RJ) -- an erstwhile star singer with a drinking problem -- who spots a girl (Shraddha Kapoor, as Aarohi Keshav Shirke) singing in a quaint little beer bar in Goa and convinces her to come back to Mumbai with promises of helping her become a successful playback singer in the Hindi film industry.

Back in Mumbai, the duo falls in love following a random turn of events and has a hard time coping with Aarohi’s success and RJ’s escalating alcoholism.

The story pretty much goes downhill from there with increasing tension in the protagonists’ fragile relationship, which is not to say that the beginning boasts of any flashes of brilliance.

Suri clearly had a hard time establishing the premise and fleshing out his characters. The plot is constantly weighed down by painfully mundane conversations (at one point, a lovestruck RJ is told by his dad over the phone, ‘When son is in love, father just knows.’) and fails to justify the developments in the story.

The young actors look just as unconvinced and disinterested. While Aditya’s deadpan addict could give Zooey Deschanel a run for her money, it is Shraddha’s poverty-stricken and starry-eyed aspiring singer who talks like she was drugged especially for the entire duration of the film.

As I see it, what probably started as an interesting story idea -- troubled artists, dynamics in a relationship -- eventually got buried under the debris of random motifs from previous hits delivered by the Bhatt camp.

On the way out, a viewer, disappointed by the climax, remarked prophetically, ‘This film will not make more than Rs 3 crore on its first day.’

If I didn’t know any better, I’d say the film has already made all the money it could, and box office collections will probably not add to it. 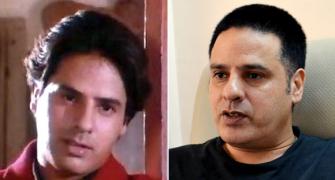 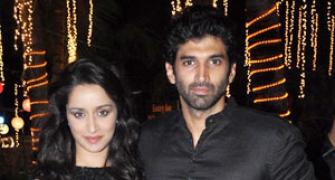 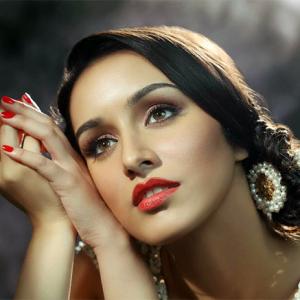