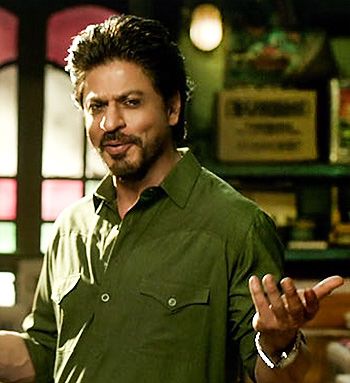 It would have helped the film's creative -- not box office -- cause to have the courage of its conviction and not turn Raees into the story of a whimpering, sanskari gangster, feels Prasanna D Zore.

Raees is a neither-here-nor-there film.

SRK's Raees is a sanskari gangster. He never abandons the values espoused by his mother even as he makes a mark for himself in the world of sin.

Raees emerges as the most secular gangster one will ever see in recent times even as he grinds his milk teeth and earns his spurs in the world of crime in Gujarat, flouting prohibition laws, as he romances Mahira Khan effortlessly (and there is enough chemistry between them to arouse your interest), as he dances to Laila O Laila with Sunny Leone, as he goes about pumping bullets and bottles into his enemies or as he plays a game of hide-and-seek with Nawazuddin's SP Majmudar.

SRK's Raees takes you for a boring ride, trying to soak the gangster's character in filmi spiel that is so typical of Bollywood's masala films when the film's creators realise that the plot is absolutely lame.

You wonder at SRK's conviction as an actor playing a gangster when he cries in Mahira Khan's arms, unable to cope with the pressure of an honest gangster (really?!), when friends-turned-foe politicians play mind games with him.

Dholakia's direction goes for a spin when he makes Shah Rukh pump bullets into gangsters, showing the bullets hitting them in the chest, not once or twice, but back-to-back. (Applause! What an eye for detail!)

You want to ask the director if he really was the one who made Parzania, especially when you see SP Majmudar 'killing' Raees in a fake encounter on a deserted stretch of a road, not even bothering to make it look genuine.

The cops abandon the gangster's bullet-riddled body and pack themselves off into their jeeps as if they are late for a party! Can you believe this?

It is Nawazuddin's SP Majmudar that brings life into the dull proceedings.

Every frame that the actor is in lightens up with his brilliance.

His dialogue delivery, his timing and his mannerisms are a lesson of what conviction is all about.

His role, though small, is meaty and the actor makes it even better.

The way he carries himself and his character reminds you what Raees' mother teaches him as a child: 'Koi dhandha chhota nahi hota aur dhande se bada koi dharam nahi hota.'

While SRK is a brand in himself, and a big one at that, it would have helped the film's creative -- not box office -- cause to have the courage of its conviction and not turn Raees into the story of a whimpering, secular, sanskari gangster. 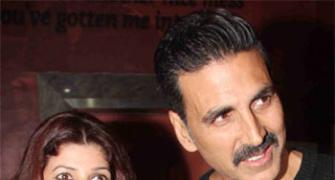 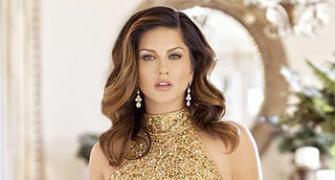 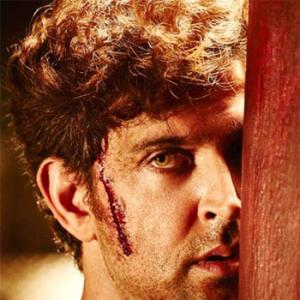