The idea of the Tamil movie Naalai could have been novel or fresh when the film was launched sometime ago, but now it looks like a rehash of Paatiyal, Thotti Jaya, Thalaingaram, and many other gangster movies.

Two orphans Justin (Richard) and Nattu (Natraj) are childhood friends working for Nair (Nazar), a bootlegger under the command of a mafia chief, Thanikai (Kathal Dhandapani). In a duel, Justin and Nattu bump off Thankai's brother. This triggers off a series of incidents that alter the course of life for the two friends.

We have seen too many gangster movies in which the thug reforms and then goes back to violence etc. But in this film, the characters are badly etched, and most of the time, the so-called gangsters are talking too much and doing nothing.

The surprise element is Natraj, the cinematographer turned actor, who gives a very natural performance. He shows lot of promise. It is also sheer bad luck that Richard (Shalini's brother) is saddled with such a stale screenplay. He gives a creditable performance but it is totally wasted in this lacklustre film. The less said of Madhumitha, the better. She hardly has any role.

Technically though, the film is above average. An apt background score (Karthikraja), slick editing (Krishnamoorti- Sivanandan), well choreographed songs (Shanthi) -- especially the song on the beach -- excellent cinematography (Ramesh G) and fast paced action choreography (Super Subrayan) are the plus points of this otherwise average film.

The absence of an original story line and a weak screenplay takes the sheen out of the film. On the whole, it is a film with a lot of gloss and stale content. 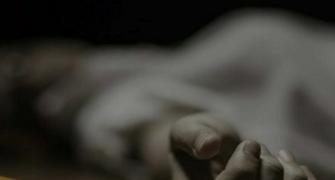