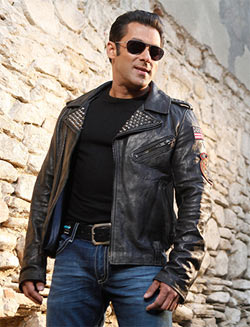 What could have been a relevant crowd-pleaser with a little effort from Sohail Khan and his writers is mostly a tedious and overcrowded drivel that shamelessly depends on Salman Khan’s strapping charisma to tide them over, writes Sukanya Verma.

You won't be able to get past the front gate, a portly lady warns a bunch of hoodlums.

In Bollywood masalas, whenever elderly folk or smart-ass kids pop up from nowhere to caution the pompous villain, be sure to bump into Salman or Sunny just around the corner.

Fully aware of where this is headed, I look around to examine the goons instead. They look familiar. Perhaps they are the same guys Salman Khan beat up in Bodyguard, Wanted, Ready, Dabangg, Ek Tha Tiger?

My utterly random chain of thoughts is disturbed by the sound of bumps, thumps and dents.

Salman Khan has emerged from underneath a car in slow motion. He blocks the bad guy’s Ferrari, smashes its front, snarls, smirks and promptly bangs the fellas across the screen like tennis balls against a background score (Sandeep Shirodkar) that’s so loud your ears will cry for insurance.

Only the guys seated next, one after the other choose to join the ear-splitting scenario with their excited squeals and shrieks.

Whether *you* like his movies or not is inconsequential. What you can count on is an eager, raucous audience, copious action and our hero’s shirt coming off in the film’s third act.  Of course, it’s a brazen take it or leave it. And this shall be the norm till the shtick stops working.

Salman’s last release Dabangg 2, directed by brother Arbaaz Khan, was devoid of novelty and his latest, Jai Ho, directed by brother Sohail Khan, has an honourable premise (based on Chiranjeevi’s Telugu super-hit Stalin) but doesn’t hold up for want of deft filmmaking and sleek aesthetics.

Salman’s Jai doesn’t run a Deva Ki Adalat like Sunny Deol in Ziddi but believes in the same ‘help the needy, whack the baddie’ lifestyle of his Jeet co-star.

Though he works as a car mechanic, Jai is essentially an ex-armyman who got sacked for disobeying the high command but lives in a plush bungalow with his chatty mother (Nadira Babbar appears to be acting out for another era, another movie).

Still since aam aadmi andolan excites him more than auto repair, Jai’s doodle calculator comes up with this bright concept of paying it forward -- one good deed should be responded with three others and so on. (Though for a guy who’s so socially conscientious and furiously protective about his sister’s izzat, he strangely sees no wrong in teasing a girl about her lingerie.)

Between Salman’s blaring introduction, transforming a war zone into a battle at Mukesh Mills and an anti-apathy propaganda, Sohail shifts the limelight to Jai Ho’s leading ladies, a mantle shared by Tabu to lend the proceedings heft and newcomer Daisy Shah (imagine a taller, broader Rani Mukerji android) to insert lame jokes and lacklustre songs.

Co-stars, junior artists, crowds, everybody sports a unanimously vapid expression as Salman takes centre stage to pounce on his enemy, roars into his ears and speak more dishooms than dialogues. There’s a sense of boredom, a hint of exhaustion in the manner he finishes it off.

While some of the stunts on the bike are engaging, they feel rather substandard after his exhilarating antics in Ek Tha Tiger.

There’s no effort from the director to develop any other character or even extract a performance. Guess with so many of them -- the Khans have roped in a few Bigg Boss contestants of the past (and perhaps future?) -- Ashmit Patel, Santosh Shukla, Sana Khan along with Danny Denzongpa, Mohinish Behl, Mukul Dev, Sharad Kapoor, Aditya Pancholi, Yash Tonk, Sameer Khakhar (Remember Khopdi from Nukkad?), Vatsal Sheth, Varun Badola, Tulip Joshi, Nauheed Cyrusi, Mahesh Manjrekar, Mahesh Thakur, Resham Tipnis and Naman Jain (comes dangerously close to beating Omkar Kapoor at the pint-sized, precocious stereotype game) -- it must be hard to keep up.

There’s also Suniel Shetty unleashing a Chuck Norris brand of appearance that is so absurdly awesome, I wish this were the movie I had watched instead.

What could have been a relevant crowd-pleaser with a little effort from Sohail Khan and his writers is mostly a tedious and overcrowded drivel that shamelessly depends on Salman’s strapping charisma to tide them over.

And does he? At the end of this movie, as I walked out of the theatre and reached the mall exit, two teenaged boys approached me to inquire if I had misplaced any key. Indeed, I had accidentally dropped the house keys near my seat. They not only informed me but also assisted me in retrieving them from the Lost and Found section of the multiplex. And this is what they said when I expressed gratitude “Bhai ka film dekhne ke baad, itna toh banta hai.”

Whatever I rate the movie; this is Salman’s real Jai. Ho? 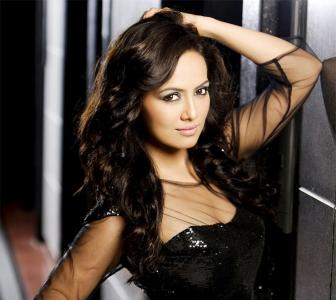 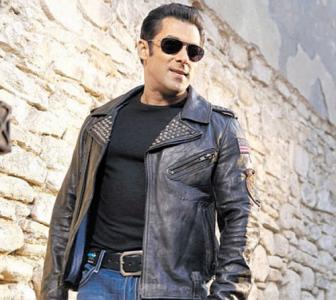 Salman Khan: Not interested in getting married or having a girlfriend 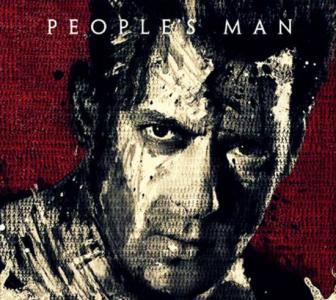 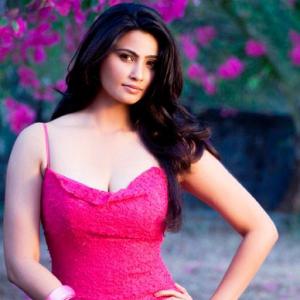 'During our romantic scenes in Jai Ho, my inner feelings for Salman would come out' 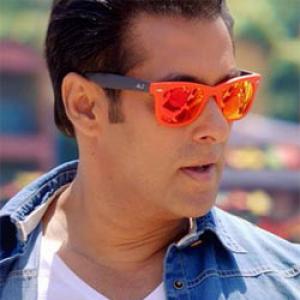 Jai Ho: Cinemas unsure if Salman will enter 2014 with a bang