'Ishaan Khattar, with the please-fall-in-love-with-me looks in his eyes, carries the first episode,' observes Aseem Chhabra. 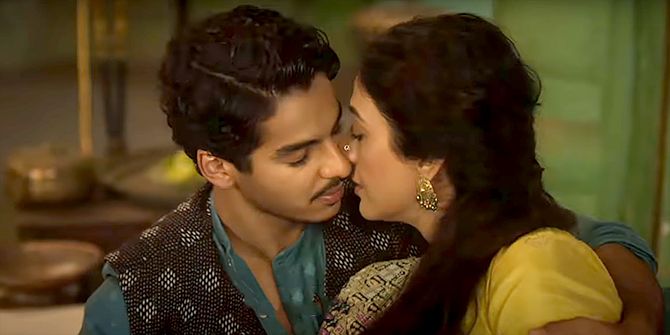 Ishaan Khattar is 24 years old. But under Mira Nair’s able guidance, Khattar has become a star that we could not imagine.

As Maan Kapoor in the BBC adaptation of Vikram Seth's A Suitable Boy, Khattar is fresh, raw with none of the Bollywoodism that affect so many new young actors. His sudden stardom is quite similar to how Siddhant Chaturvedi was discovered a year ago.

And the camera loves Khattar, with his puppy dog eyes, smitten by an older woman -- the courtesan Saeeda Bai, played by the luminous Tabu.

We see a touch of Maan's friendship with Firoz Khan (Shubham Saraf) and more than a hint of a gay relationship, as Seth also suggested in his book. But there is magic in seeing Maan's smile and his face light up with the longing for Saeeda Bai, as he discovers real love for the first time. Their moments together are so precious that it makes up for some of the shortcomings in the show.

It is unfair to review a show based on one episode. And we cannot say how the show will pan out as BBC reveals the rest of episodes over next five Sundays. But the sense one gets -- especially having read Seth's 1,530-page book, is that things seem to be hurried.

Characters are introduced to us in quick succession. Those not acquainted with Seth's book may take a while to really know who is who. The show would have done well with the chart in the beginning of Seth's book so one could know who are the Mehras, the Kapoors, the Khans and the Chatterjis.

There is the other concern that was expressed by many when the show's trailer was released. Some of the characters look awkward speaking in English. And honestly there are many situations where Nair should have made them speak in Hindi. There is a smattering of Hindi here and there, but it is not enough.

Eventually none of that matters. Fifteen minutes into the show and one is pulled into the fictional town of Brahmpur and the ensemble of rich characters Seth had created. They were so well shaped by Seth.

Now fans of the book will enjoy seeing them come alive under Mira Nair's direction, based on the script written by Andrew Davies (Pride and Prejudice, House of Cards and Les Misérables).

We know from the beginning that A Suitable Boy is about Mrs Rupa Mehra's (New York-based actress Mahira Kakkar) desperation to find the right match for her daughter Lata (a lovely new find Taniya Maniktala).

Her older daughter Savita (played by the always charming Rasika Dugal) is now married to Maan's brother Pran (Gagan Riar). Lata attends college in Brahmpur, and stays with her sister and brother-in-law.

Her one friend and confidante in college is the tomboyish Malti (Sharvari Deshpande). And Lata will soon fall in love with the handsome cricketer Kabir Durrani (Danesh Razvi). But alas he is Muslim and that relationship may run into trouble, given the show is set in the early 1950s and the wounds of Partition have not yet healed.

Meanwhile in Calcutta we get to meet Lata's older brother Arun (Vivek Gombar), his wife Meenakshi (Shahana Goswami, who seems to be enjoying herself, giving what could be her career best performance). The main cast also includes Lata's younger brother Varun (Vivaan Shah), who is always being bullied by Arun.

There many more characters and the show must have been such a challenge for the casting directors Dilip Shankar, Nandini Shrikent and Karan Mally. But they mostly succeed.

And it is the actors who bring life to Nair's version of A Suitable Boy.

A special mention must be made about Arjun Bhasin's elaborate costumes that work really well in enhancing the period details, especially the saris the women wear. But Bhasin pays most attention to Tabu.

She looks radiant, whether she is in a red outfit with gold embroidery, when we first see her, or later in a simpler white kurta, a dupatta (also in red) covering her head. The green walls in her haveli add to the beauty of Tabu's costumes.

Eventually it is Khattar, with the please-fall-in-love-with-me looks in his eyes, who carries the first episode.

It is clear Khattar was born to play Maan Kapoor, and now this is how we will always think of the young man, a character Seth seemed to have a special fondness for. 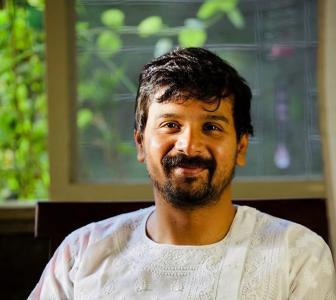 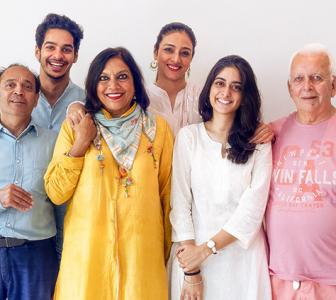 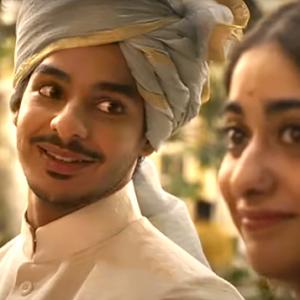 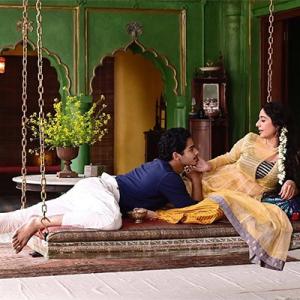