'Working on Baahubali was equivalent to doing 10 movies' 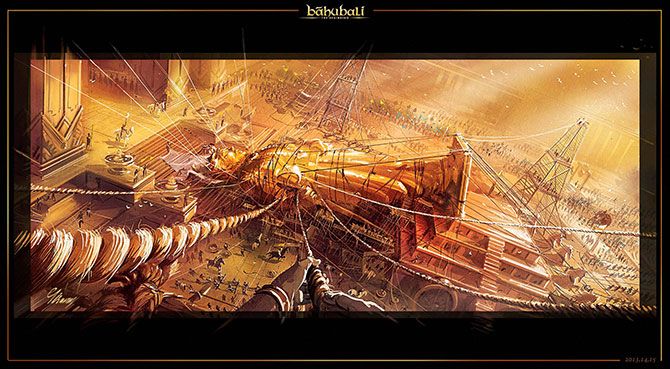 IMAGE: One of the concept arts from Baahubali, designed by Viswanath Sundaram. Photograph:  PTI Photo.

The reason why Kattappa killed Baahubali may not be out yet but concept artist Viswanath Sundaram has spilled the beans about how he created the now-famous image in the S S Rajamouli-directed blockbuster.

Sundaram, who has designed more than 1,000 concept art pieces for the film, says working on the project was equivalent to doing 10 movies thanks to its epic nature.

Sundaram says, "Rajamouli sir called me to develop designs where Kattappa kills Baahubali. First, I developed a frame but the director felt it was too low an angle to shoot on screen. The next one also did not convince him since the slayer's face was obscure. Later, I composed a silhouette with fire and grey backdrop, and my art was ultimately replicated on the screen without any change," he says.

The Kattappa scene may be the signature image from the film but Sundaram considers the statue-lifting scene of Bhallala Deva (played by Rana Daggubati) in the first installment as his most challenging shot.

"In the first part, the statue-lifting sequence was very challenging. That shot was an important one to propel the story forward. I created three sketches with panoramic views and handed the printouts. During the shoot, they had the sketches in front of them to decide where to place the shots," he says. 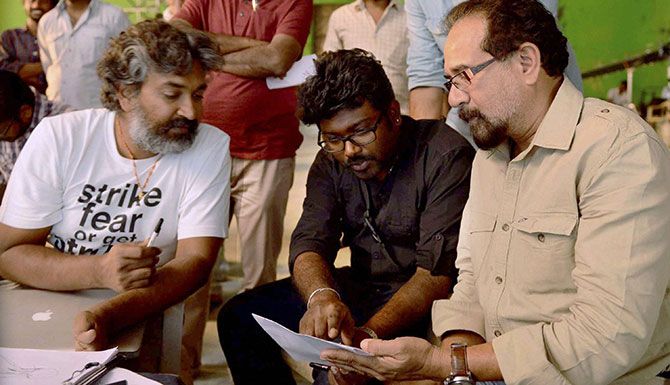 Sundaram believes the film industry has gradually opened doors to concept art and graphic design artists for projects made on a broad canvas.

"In our industry, concept design is employed only in particular films and by specific filmmakers. Few directors follow a methodical approach to work on the storyboard first, subsequently on concept design and then finally on developing the visuals," he explains.

Sundaram got his first break as a concept artist in the critically-acclaimed Tamil thriller Vidiyum Munn. But his career-defining moment came when he was called to work on the Baahubali series by award-winning production designer Sabu Cyril.

"I was working in Coimbatore when I got the call. Initially, I was apprehensive about the project but in due course, I managed to do well. Sabu Cyril told me that Baahubali is equivalent to 10 movies and I experienced it while working on the film," he says.

The artist says his work is more of a collaboration among the director, production designer, VFX supervisor, cameraman and himself. IMAGE: Rajinikanth and Akshay Kumar on the poster of 2.0.

While Sundaram's work in Baahubali is focuses on designing concept art and developing visuals, he was hired by director Shankar for "character designing" in the Rajinikanth-Akshay Kumar-starrer 2.0.

"Shankar saw the sketches I did for Baahubali and appreciated the details and background work. Then he explained a sequence and told me to redesign 'Chitti' Robo's character, its hairstyle and also to design the villain," says Sundaram.

In Baahubali 2, Sundaram will get credit in the category of 'concept design and visual development', and he is elated that even storyboard artists are getting due recognition. 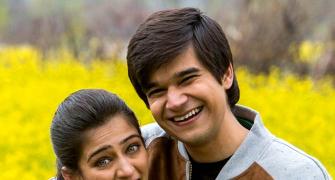 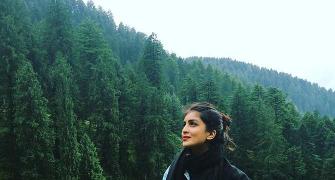 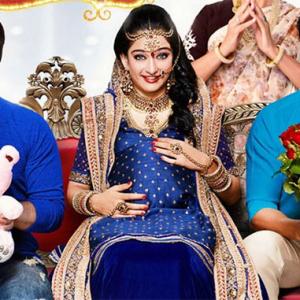 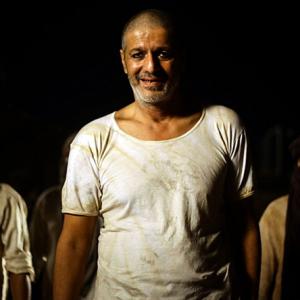