News
Business
Movies
Sports
Cricket
Get Ahead
Money Tips
Shopping
Sign in  |  Create a Rediffmail account
Rediff.com  » Movies » 'Why is the PM silent on Padmaavat?'

'Mr Narendra Modi and Smriti Irani should have spoken up long back.'
'Now when the matter has escalated out of hand, there is still time for them to speak out.'
'Better late than never.' Shatrughan Sinha tells Subhash K Jha. 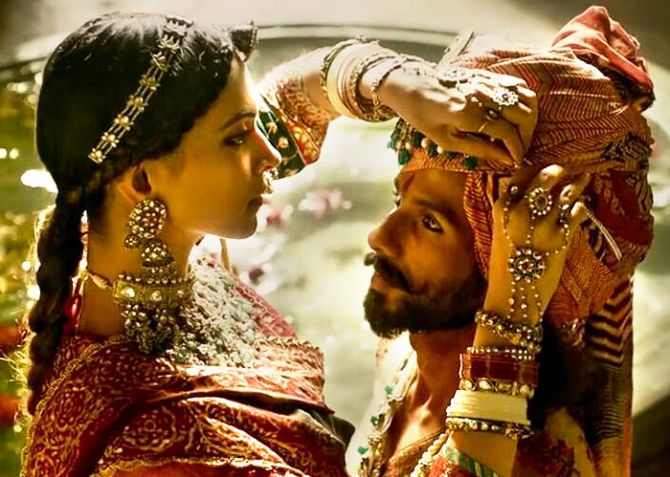 The Bharatiya Janata Party's most outspoken member of Parliament has implored Prime Minister Narendra D Modi to speak out on the Padmaavat controversy.

"Amitabh Bachchan and Shah Rukh Khan are being criticised for not coming out to openly condemn the protests against Padmaavat. But why must we in the entertainment industry be expected to take a stand on political issues when the honourable prime minister is quiet?" asks Shatrughan Sinha.

"Mr Narendra Modi and Information and Broadcasting Minister Smriti Irani should have spoken up on the issue long back. Now when the matter has escalated out of hand," adds Sinha, "there is still time for them to speak out. Better late than never."

"It's a welcome decision and the right decision," says Sinha. "The states which had imposed a ban on the film should honour the court's decision."

"I wonder why the issue was allowed to escalate to this breaking point," mulls Sinha. "The problem should have been nipped in the bud. Instead, it was allowed to get out of hand."

Sinha feels the solution lies in showing the film to leaders of the Karni Sena. "Let them watch the film. I've had the opportunity to interact with them. They were very good to me when they honoured me a month back," he says.

"The Karni Sena is not unreasonable. Show them the film and let them decide there is nothing objectionable against their revered queen Padmavati in the film. If they have apprehensions, why should we not respect their apprehensions?" Sinha asks.

On the threats to vandalise theatres screening Padmaavat, Sinha counsels the protesters to hold their peace.

"You are being hasty in your judgment," he tells the protesters. "You haven't seen the film. Let the film release and then decide if there is anything objectionable."

"Threatening to destroy property and cause damage to human life is not a healthy form of protest." 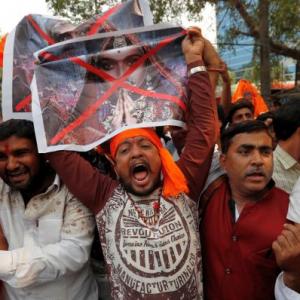