Last updated on: September 25, 2014 18:58 IST
More than two decades after Michael Jackson wowed us all with Thriller and Bad, his iconic dance moves continue to inspire Bollywood's best dancers..

"To live is to be musical, starting with the blood dancing in your veins.

"Everything living has a rhythm. Do you feel your music?" asked Michael Jackson once.
One of the most dazzling entertainers of all time, MJ's phenomenal popularity as an accomplished song artist and ace dancer is a worldwide occurrence.
Full of style, rhythm and attitude, the King of Pop rocked the scene like no other. Bollywood too hasn't escaped the influence of the late legend and his signature moonwalking moves. Image: Hrithik Roshan in Bang Bang
And since imitation is the best form of flattery, Hrithik Roshan, a terrific dancer in his own right, is the latest to pay tribute to the Thriller icon with his dynamic jig in the highly anticipated Bang Bang.
Here are others to do the same before him.
Tiger Shroff, Teacher's Day Tribute Image: Tiger Shroff
Only recently, Tiger Shroff showed off another facet of his Heropanti by paying a Teacher's Day tribute to his self-confessed guru Michael Jackson in an electrifying music video.
Shah Rukh Khan, Krazzy Four Image: Shah Rukh Khan in Krazzy Four
Fans of MJ will have no trouble pointing out the source of inspiration behind SRK's flexible moves in the Break Free item song he performed for Rakesh Roshan's production, Krazzy Four.
Interestingly, one of the orphan kids he plays guardian to in his little seen cop flick, One 2 Ka 4 also features a precocious kid (Madhur Mittal) who is a hardcore fan of his internationally famous namesake.
Shahid Kapoor, Chance Pe Dance One of the best dancers in the business, Shahid Kapoor began his career as part of Shiamak Davar's dance troupe.
His know-how in technique and instinctive beat makes the guy a joy to watch as he grooves to MJ's tune in Chance Pe Dance.
Amitabh Bachchan, Ganga Jamuna Saraswati 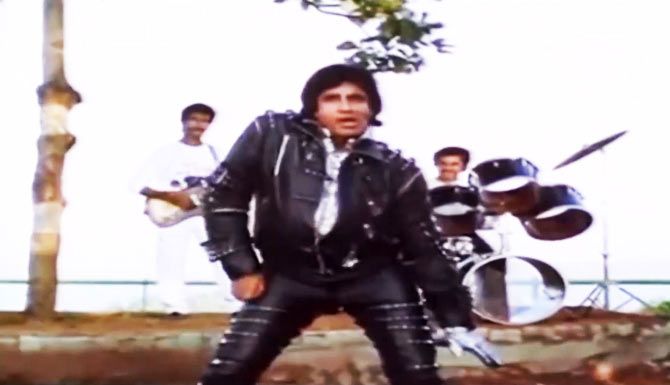 Image: Amitabh Bachchan in Gang Jamuna Sarswati
Big B tries to combine his characteristic dhinchak with Jackson's sass in an abomination named Disco Bhangra.
The outcome is nothing short of absurd in one forgettable sequence of the Manmohan Desai disaster, Ganga Jamuna Saraswati.
Sridevi, Chaalbaaz 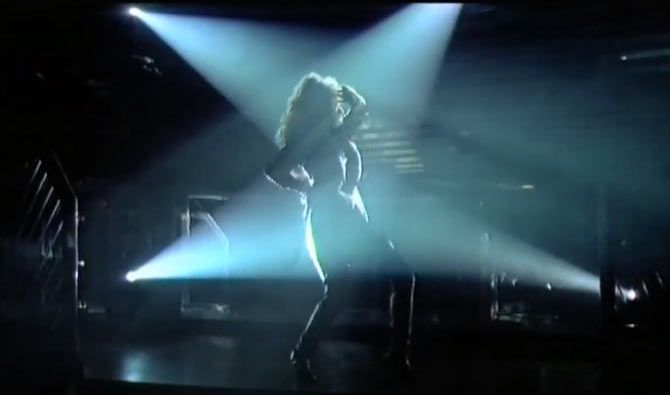 Image: Sridevi in Chalbaaz
Like Tiger, Sridevi swears by the pop idol to millions. So much that she even painted him for her daughter Jhanvi.
And while you may have missed her fleeting nod to the man behind super hit albums like Thriller, Bad and Dangerous in one endearing scene of English Vinglish, there's no way you don't remember her Bollywood/MJ mish-mash in the Naam mera Premkali chartbuster of Chaalbaaz.
Madhuri Dixit, Pukar Image: Madhuri Dixit and Prabhudeva in Pukar
The lithesome Ek Do Teen girl teams up with Prabhudeva's elastic allure to celebrate MJ’s legacy with some desi tadka in the catchy Que Sara Sara picturisation of Pukar.
Johnny Lever, Mahakaal Image: Johnny Lever in Mahakaal
You must have caught Johnny Lever's hilarious mockery of Michael Jackson in live stage shows.
But did you know the comedian plays a pirouetting fanboy to the hilt in the Ramsay horror, Mahakaal?
Govinda, Raja Babu

Image: Govinda in Raja Babu
Remember what Govinda said in Partner? 'When I will dance my dance shall speak for me.'
And that's precisely what happens to the master of freestyle as pays a wholehearted tribute to the Bad genius.
Prabhudeva, Humse Hai Muqabla Image: Prabhudeva in Humse Hai Muqabla
The dancer turned director may star in movies named Anbody Can Dance but few can match his nimbleness.

No wonder Prabhu Deva is referred to as India's Michael Jackson.
And what a crackling demonstration he offers to support that sobriquet in the memorable Muqabla dance, modeled along MJ's Smooth Criminal in Shankar's Kadhalan dubbed in Hindi as Humse Hai Muqabla.
Mithun Chakraborty, Kasam Paida Karnewale Ki 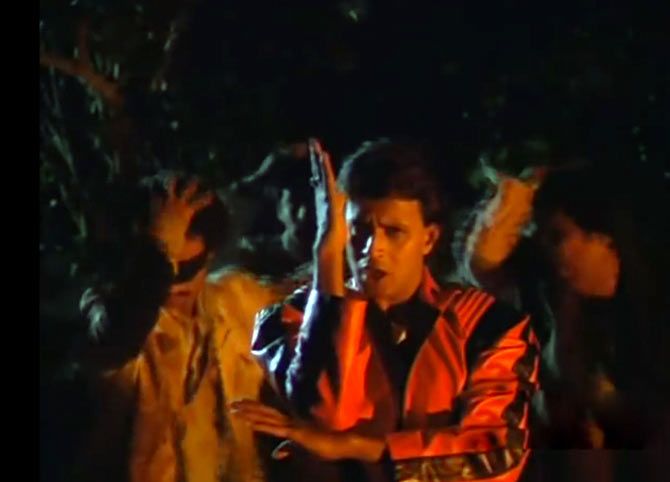 Image: Chiranjeevi in Donga
On the other hand Chiranjeevi's equally unabashed copy of Jackson's Thriller in the hilarious Golimaar takes the absurdity with a pinch of salt and has a blast in the Telugu movie, Donga.
Even if you are not acquainted with Telugu cinema, you may recall catching snippets of its video in the opening scene of the zombic comedy, Go Goa Gone.
Javed Jaffrey, Meri Jung 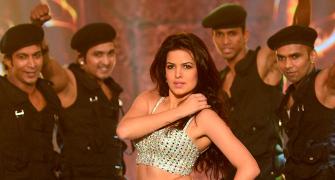 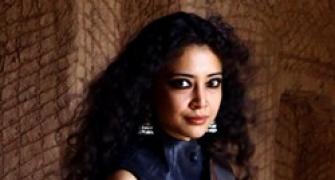 Geetanjali Thapa: Liar's Dice is a small film with a big heart 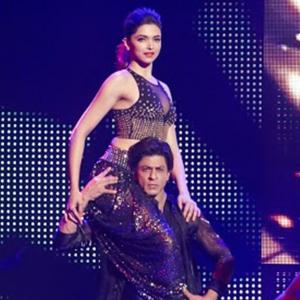