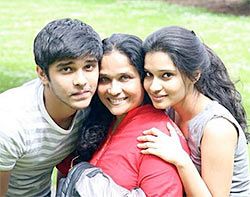 The latest updates from the Tamil industry. 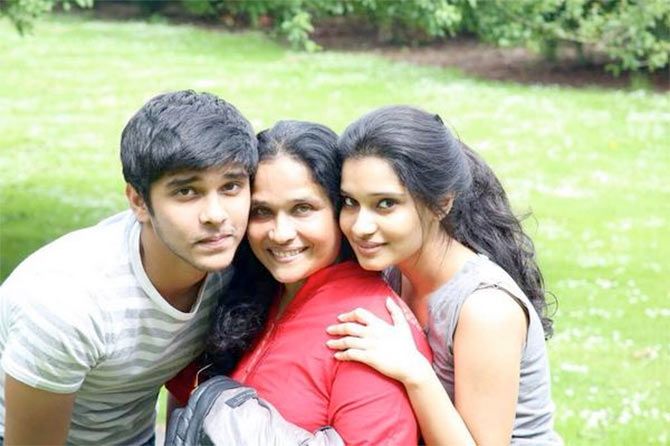 Vikram's daughter Akshita is all set to get engaged in July.

If rumours are to be believed, the youngster has been seeing Manu Ranjith, son of CK Ranganathan, the CEO of the prestigious CavinKare group and was apparently waiting for a green signal from both families.

Manu is the great grandson of DMK Chief M Karunanidhi.

Sources now confirm that the couple will get engaged on July 10 at a private ceremony.

A big wedding is being planned for early next year.

Meanwhile, Vikram is wrapping up the shooting of his science fiction thriller Iru Mugan, in which he will be seen sharing screen space with the gorgeous Nayanthara.

In the picture: Vikram's wife Shailaja with son Dhruv and daughter Akshita. 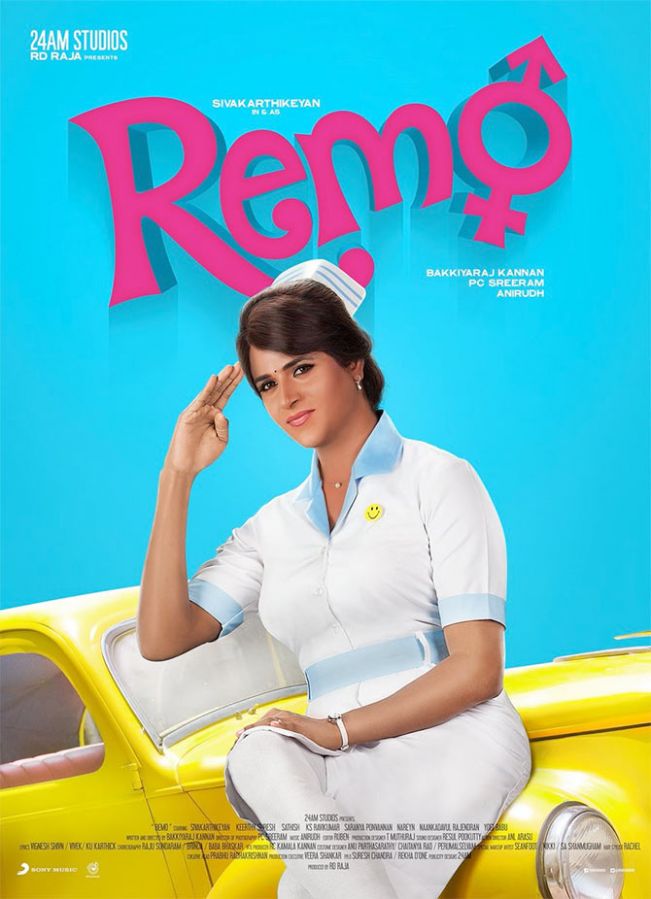 The first poster of one of the most-awaited films of the year, Remo -- starring Sivakarthikeyan -- was released recently by ace filmmaker Shankar.

The poster, with the actor looking slim and pretty in a nurse's garb, came as quite a surprise and was soon trending on social media.

The film is reported to be a romantic comedy directed by newcomer Bhagyaraj Kannan, an associate of director Atlee.

The actor will be seen romancing Malayalam actress Keerthy Suresh for the second time after the successful Rajini Murugan, which released earlier this year.

A single track Remo Nee Kadhala was also released at the event. The film has music by Anirudh Ravichander, marking his fourth collaboration with Sivakarthikeyan.

Noted cinematographer PC Sreeram helms the camera and Resul Pookutty has been roped in for the sound design.

The film is being bankrolled by RD Raja under his banner 24AM Productions. 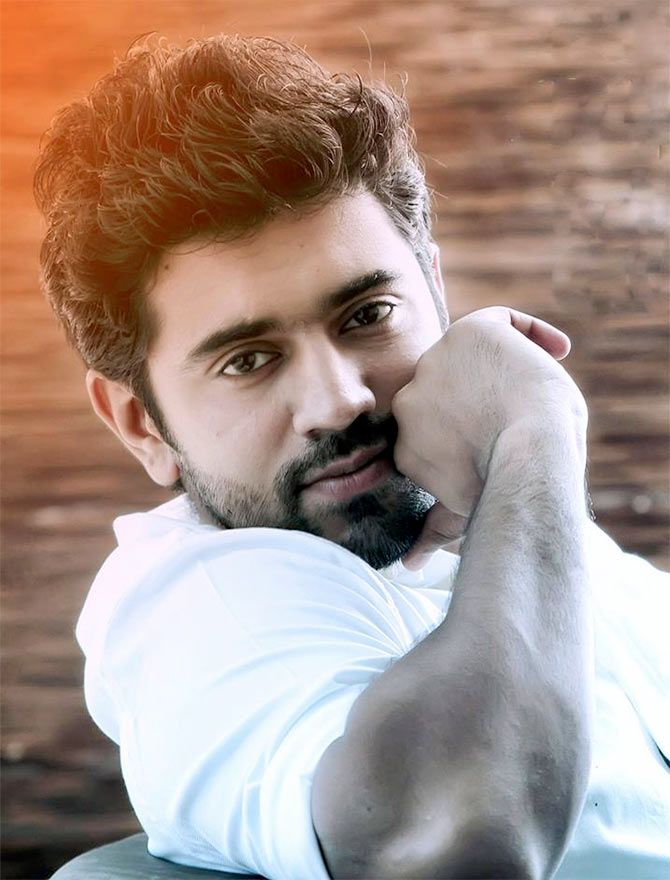 Nivin Pauly, who made a fantastic debut in Tamil cinema with Alphonse Putharen's black comedy Neram will soon be seen in two more Tamil films.

The Premam actor is currently busy shooting for the Tamil remake of critically acclaimed Kannada film Ulidavaru Kandanthe. The film is being directed by debutant Gautam Ramachandran.

His next project will be produced by RD Raja's 24AM Productions and directed by another newcomer Prabhu Radhakrishnan. Interestingly, the script for the film has been penned by Raja himself. The other details are yet to be finalised. 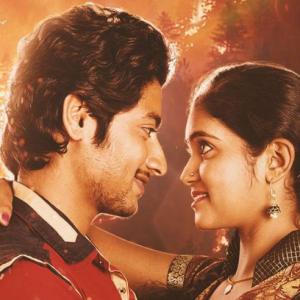 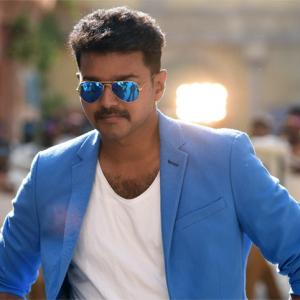